What Question Do Winning Teammates Ask? 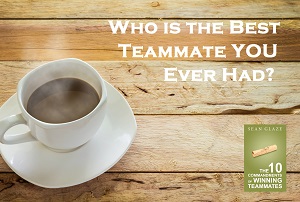 Not everybody in your organization is a winning teammate.

That is because not everyone asks the right questions.

But everyone can become a better teammate by asking a better question.

And the most powerful question you can ask, regardless of the industry you are in, is this:

“Who is the best teammate you ever had?”

According to Webster’s Dictionary, a teammate is a person who belongs to the same team as someone else.

And we are all part of some kind of team… because LIFE is a team sport.

We all depend on and serve others.

Every one of us is part of a family, a church, a volunteer organization, a sports team, a business, and a community

And the reason this question is so important is that it will hopefully be a catalyst for you to do three things:

A Winning Teammate is someone that leads first by example and works hard to be a positive role model that others can emulate. 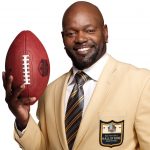 One of my favorite examples of this in sport was Emmitt Smith’s 2010 NFL Hall of Fame speech.

Smith was a running back for the Dallas Cowboys – and part of his speech was dedicated to thanking one of his teammates- because he knew that the success he had was directly attributable to the efforts of others.

You can find the video of it on YouTube here.

It is a powerful clip, because it illustrates how one person can serve and influence his team – how you can contribute to your team’s success – even if you aren’t the star.

That is why I wrote my most recent book, The 10 Commandments of Winning Teammates.

It is a parable about a character named Nick Turner, a talented employee who finds himself changing jobs – again.   Looking back, Nick realizes that he had worked hard to become a great player – but he could have been a better teammate.

And the growth he experiences is largely the result of ONE QUESTION:

“Who is the best teammate you ever had?”

The question forces you to identify the people that helped you to be successful… and in doing so, it also improves your awareness of what winning teammates DO that makes them so incredible important.

So, who is the best teammate YOU ever had?

What did she/he do that made them the best teammate ever?

How could you emulate the behavior that made this person such a great teammate?

If you are a little like Nick – and we ALL are – his story will inspire you to be a winning teammate, regardless of what industry you work in. 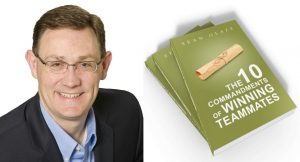 Sean Glaze is an Atlanta-based author, speaker, and the founder of Great Results Teambuilding.  He facilitates fun teambuilding events and delivers engaging conference keynotes that transform your people from employees into winning teammates!

Click “HERE” to purchase The 10 Commandments of Winning Teammates.