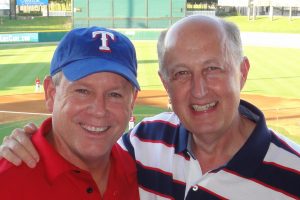 Excerpted with permission from The Power of Who by Bob Beaudine

(Personal note from Bob T:  I have been blessed to call Bob Beaudine one of my best friends (or as Bob B would say “My WHO”) for 15 years!)

Almost every day in my recruiting practice, people call me to talk about their Dream Job.

Unfortunately, what I often hear are vague generalities such as “I’ve always wanted to be in sports, Bob. Can you place me in one of those jobs?”

My first thought is—“What job? Which sport?  Do you want to be a referee, a coach, a groundskeeper, or a broadcaster?”

Sports is a big field (no pun intended). Remember Tom Cruise as the sports agent in the movie Jerry McGuire? 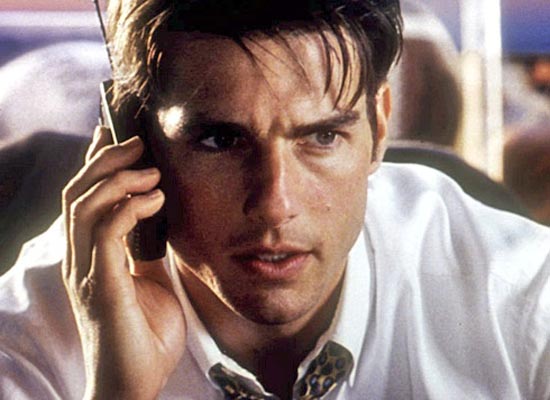 He made a statement that I often say to job candidates, “You have to help me help you!” You’re going to have to be a little more specific about exactly what it is you’re looking for and whether or not you’re currently qualified for the position.

You may be asking, “So how do I look for it? How will I know when I find it?”

Discovering your “What” in life is like peering through the lens of a camera while you make adjustments to bring the picture into clear focus. It’s like seeing your reflection in the water after the pond becomes still. It takes a little patience. You may be one of those rare individuals who knows exactly what it is they want to do in life and you’re looking for the fastest track possible to take you where you want to go. Good for you! Go for it! Let’s talk.

But for most people who still have a few question marks to work through there’s a process involved. And this is where the dropout rate begins to go way up. I’ve seen it happen a thousand times. Somebody wants something, whether it’s a job or some other goal. But then they find out—“It don’t come easy.” There’s a price to pay in terms of time and effort. So, they give up.

Why? Why do competent, talented individuals drop out of the process of discovering their “What” before they even get started? This may surprise you but one of the biggest reasons is fear. Fear of failure keeps more people stuck in the safety of the status quo than anything else. They’re afraid the search will be futile. Yes, launching into the unknown can be a little scary but it’s also exhilarating. You just have to keep the exhilaration from turning into anxiety. Anxiety wants you to believe your nightmares instead of your dreams. Exhilaration is energy on steroids. It’s a major rush. You just have to “keep it between the ditches.”

This is not only true of those seeking a Dream Job. It also applies to those seeking to achieve any goal or fulfill any aspiration.

Most people never get what they want for three simple reasons.

1. They don’t ask. No one can help if they don’t know what you want.

2. When they do ask, they ask the wrong people. For some reason, people are uncomfortable asking their “Who” for help. As a result, they’ll ask most anyone except their friends, who are the only ones with a motive to help.

3. When they do ask for help, they ask too vaguely. Even if I’m motivated to help a friend, I can’t do it when I don’t know what he or she wants.

When you’re daydreaming, where does your mind wander? Do you have a recurring dream?

I’ve asked these questions of countless people over the years and the most common response has been “I just don’t know.”  They go blank. Just when they need direction, purpose, and perspective, they come up empty.

Too many dream seekers never decide “What” they want to do in life. They’re bewildered by the multitude of choices that can cause them to lose hope in finding that “one thing” they were meant to do. When that happens they commit a colossal blunder. They settle for whatever comes along because it’s convenient. It’s the path of least resistance. Big Mistake! 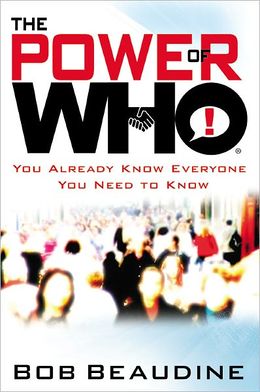 Sports Illustrated named Bob Beaudine “the most influential man in sports you’ve never heard of.” As CEO of Eastman-Beaudine, Bob manages the nation’s leading executive recruiting firm in sports and entertainment. The Power of Who provides a STEP by STEP plan to help you find your dream through the Power of Relationships.

You can connect with Bob Beaudine on: