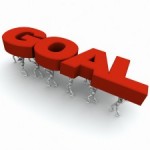 What do you want?

When do you want it?

What are you willing to give up getting it?

Yes, I know that is only three questions, and no I don’t have a problem with math. But the fourth question, if uncovered at this stage, would not allow you to properly focus on the first three. Be patient.

How many times have we been told to set goals? We know about SMART (Specific, Measurable, Achievable, Realistic, and Time Sensitive). It’s not enough to want a new pair of tennis shoes. Rather, you want a new pair of size 9, blue, Nike running shoes with white laces–and you want those shoes by 5p.m. this Friday. My daughter just got a pair of those shoes so I thought that it would be a good example. It’s also a lot more specific, measurable, achievable, realistic, and time sensitive than, say, curing world hunger or eradicating polio. 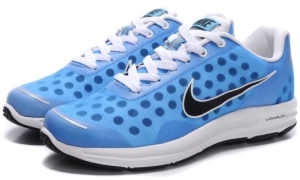 So, we have answers to the first two questions: A new pair of size 9, blue, Nike running shoes with white laces (What do you want?) and this Friday (When do you want it?).

Now, what are you willing to give up getting those shoes? Time, money, or going without the Starbucks’ venti skinny caramel triple shot latte for the next three months? Really, what are you willing to give up? Maybe your goal needs for you to get “out of balance” for a period of time. This takes a sacrifice that could eat into family time or add a few strokes to your handicap. You have to decide but decide you must. This stage and the next stage (that elusive fourth question) are critical to the goal-setting process.

I worked with a guy for a while who would make phone calls to customers and keep track of every sale for the day.  He would not stop making calls until he hit his commission goal for that day. He knew what he wanted (commissions), when he wanted it (by the end of the day), and what he was willing to give up (he literally would not leave his office until he hit the goal).  Sometimes he was still dialing well after the others in the office had left for the evening.

Did he always meet his goal? Certainly not. But every day he made sacrifices in the pursuit, and he didn’t let fear of failure stop or slow him. And that is where we get the fourth question:

Are you willing to fail?

Let’s return to our goal–the Nike shoes. It’s a SMART goal, but is it a smart goal for you? The key to goal-setting is that you really have to stretch to reach the goal. I used to have a coffee cup that said, “What would you attempt today if you knew that you could not fail?” Real goals–big hairy audacious goals (BHAGs)–mean failure could happen. You don’t meet the sales goal for the year, the new cancer drug is a bust, and you got 20,000 feet up Mt Everest but had to turn around due to a storm. Still, you tried. And while the goal may not have been achieved, you stretched yourself in the process. You learned more about what you’re capable of, and that will serve you well and bring you confidence in the future.

Be willing to fail. 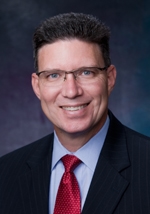 Calvin Guyer Executive Coach – developed his unique frame of reference as an executive coach through nearly three decades of military and corporate service. He has worked on highly complex engineering projects, as a financial advisor with Piper Jaffray and Merrill Lynch, and most recently in executive leadership as Resident Director for a Merrill Lynch office and Vice President of Think Mutual Bank where he led the Investment Services Department.   You can connect at Calvin Guyer