Your Team Is Brainstorming All Wrong

When your team is tasked with generating ideas to solve a problem, suggesting a brainstorming session is a natural reaction. But does that approach actually work?

Although the term “brainstorming” is now used as a generic term for having groups develop ideas, it began as the name of a specific technique proposed by advertising executive Alex Osborn in the 1950s. He codified the basic rules that many of us follow when getting people together to generate ideas: Toss out as many ideas as possible. Don’t worry if they’re too crazy. Build on the ideas people generate. Don’t criticize initially.

These rules seem so obvious and clear that it’s hard to believe they don’t work. However, decades of studies demonstrate that groups that use Osborn’s rules of brainstorming come up with fewer ideas (and fewer good ideas) than the individuals would have developed alone.

There are several reasons for this productivity loss, as academics call it. For one, when people work together, their ideas tend to converge. As soon as one person throws out an idea, it affects the memory of everyone in the group and makes them think a bit more similarly about the problem than they did before. In contrast, when people work alone, they tend to diverge in their thinking, because everyone takes a slightly different path to thinking about the problem.

You can harness the power of divergence and convergence to fix brainstorming, and several studies demonstrate that this works effectively. Here are some of the lessons from this research.

Early in creative acts it’s important to diverge, that is, to think about what you are doing in as many ways as possible. Later, you want to converge on a small number of paths to follow in more detail.

Many techniques use a structure like this. For example, in the 6-3-5 method, six people sit around a table and write down three ideas. They pass their stack of ideas to the person on their right, who builds on them. This passing is done five times, until everyone has had the chance to build on each of the ideas. Afterward, the group can get together to evaluate the ideas generated.

There are many variations of techniques like this. What they have in common is that they allow individual work during divergent phases of creativity and group work during convergent phases.

Techniques like this can be used in multiple rounds. For example, it is often important to spend time agreeing on the problem to be solved. A whole round of divergence and convergence on the problem statement can be done before giving people a chance to suggest solutions.

Another difficulty with brainstorming is that there are often some people in the group who don’t like uncertainty. They want to finish the process quickly and get on with implementing the new solution. These people are high in a personality characteristic called need for closure.

It’s important that groups have time to explore enough ideas that they can consider more than just the first few possibilities that people generate. One reason why techniques like 6-3-5 are successful is that they slow the creative process down. They alert everyone in the group up front that evaluation isn’t going to happen until everyone has generated ideas and has had a chance to build on them. As a result, even people high in need for closure are forced to wait until the ideas are developed.

As a result, many techniques (such as C-Sketching) require people to draw pictures rather than writing. Our studies suggest that a combination of drawing and writing is ideal for generating creative solutions to problems.

There are several reasons why drawing is helpful.

First, it’s hard for people to describe spatial relationships, so any solution that requires a spatial layout is better described with pictures than with words. Second, a large amount of the brain is devoted to visual processing, so sketching and interpreting drawings increases the involvement of those brain regions in idea generation. Third, it is often difficult to describe processes purely in words, so diagrams are helpful.

One caution about drawing: People tend to sketch quickly, in ways that make their sketches hard to interpret, so it’s useful to have words in the diagrams to help with the interpretation of these sketches. But haste may not be all bad. The same studies I referenced above also demonstrate that when other people look at crudely drawn sketches, they may misinterpret elements of the drawings in ways that serendipitously lead to new ideas.

One of the joys of the brainstorming session is you, as the group leader, don’t need to spend that much time facilitating or preparing. You just get people in a room and go. But while this makes things easier for you, it’s not good for the group. To develop stronger ideas, you need to manage the conversation so that the team doesn’t converge on a solution before everyone hears what others are thinking. Until you develop some expertise in helping groups to develop ideas, use a technique like 6-3-5. It’s often easier to follow a process and watch how it unfolds than to try to manage a group dynamically and sense when the group is ready to start working together. 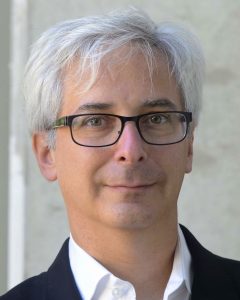 Art Markman, PhD is the Anabel Irion Worsham Centennial Professor of Psychology and Marketing at the University of Texas at Austin and Founding Director of the Human Dimensions of Organizations.  He shares insights from cognitive science with a broader audience through his blogs at Psychology Today, Fast Company, and Harvard Business Review as well as his radio show and podcast Two Guys on Your Head.  Art is also the Co-Author of “Brain Briefs: Answers to the Most (and Least) Pressing Questions about Your Mind.”