Would You Rather Hear “No” Or Wonder “What If”? 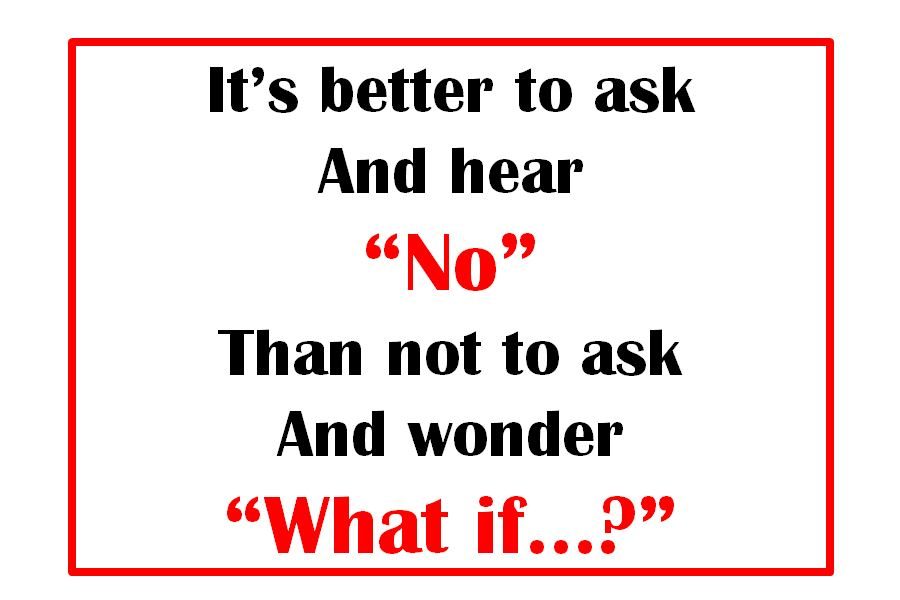 Yesterday I sent out an email asking a question – then soon after sending thought to myself “I think I already know the answer, why did I set myself up for ‘No’?” Have you ever done that?  Maybe you were asking for: a promotion, a contract closing, some help from a friend, a favor from a colleague or anything else.  Then in between asking and getting an answer you start to wonder.

Of course, we’d all prefer the answer “YES!”.  But often the fear of “No” gets in the way of asking the question in the first place.

Think about something you want right now.  I mean really want.  Why don’t you have it yet?  What’s keeping you from getting it?  Chances are all that stands between you and what you want is…

But what should that question be?

How can you ask a better question?

SETTING EXPECTATIONS AND HAVING THE RIGHT ASK

The problem with many questions is that there’s no thought behind them.  This greatly increases your chances of hearing “No”.  You have to know why you’re really asking the question in the first place and think of a few things beforehand.  When you know you’re asking better questions you’ll be more comfortable asking more questions.  Here’s a few tips that might help you:

Don’t ask ambiguous questions.  You need to set clear expectations, let them know exactly why you’re asking and be up front about what you want.   If you’re asking a business colleague for an introduction to someone you see as a potential client, tell them exactly that – don’t say “I’d just like to talk about possible networking opportunities”.

Let them know what you’re NOT asking for.  There are two kinds of ambiguous questions; intentional and unintentional.  We just talked about the intentional one above.  The unintentional ones leave something to the other person’s imagination.  Using the same example, if you really are only asking for a networking connection – tell them what you’re not asking for by adding something like: “I’m looking for networking opportunities in this industry, just to put it out there I’m NOT going to try and sell them something…”

When possible, let them know what’s in it for them. When asking for something it’s easy to make the question one-sided.  This prevents many questions from being asked; you think “I don’t want to put that person out…”  Chances are there’s something in it for them too.  If you’re asking for help with a project you’re working on, the person that helps you will probably gain some experience or make new connections as a result of helping you out.  Mention that opportunity to them when you ask for help.

There really isn’t a down side to asking questions because…

WHEN YOU ASK A QUESTION YOU MAKE A CONNECTION

The best thing about asking questions is: You connect with someone.  You’re reaching out, letting that person know what’s going on with you and creating a real conversation.  Even when the answer is “no” for that question the conversation can continue afterwards about other opportunities for both of you.

Which would you rather be thinking about tomorrow:  The “Yes” or “No” that you heard (which means you have a final answer) OR wondering about “What if I would have asked…”? (Which means you’ll probably never get that answer, time moves on).

Oh, back to the start of this story: The answer to that question I emailed did turn out to be “No”.  But the conversation continues…

What can YOU ask for today?  Who can YOU reach out to? 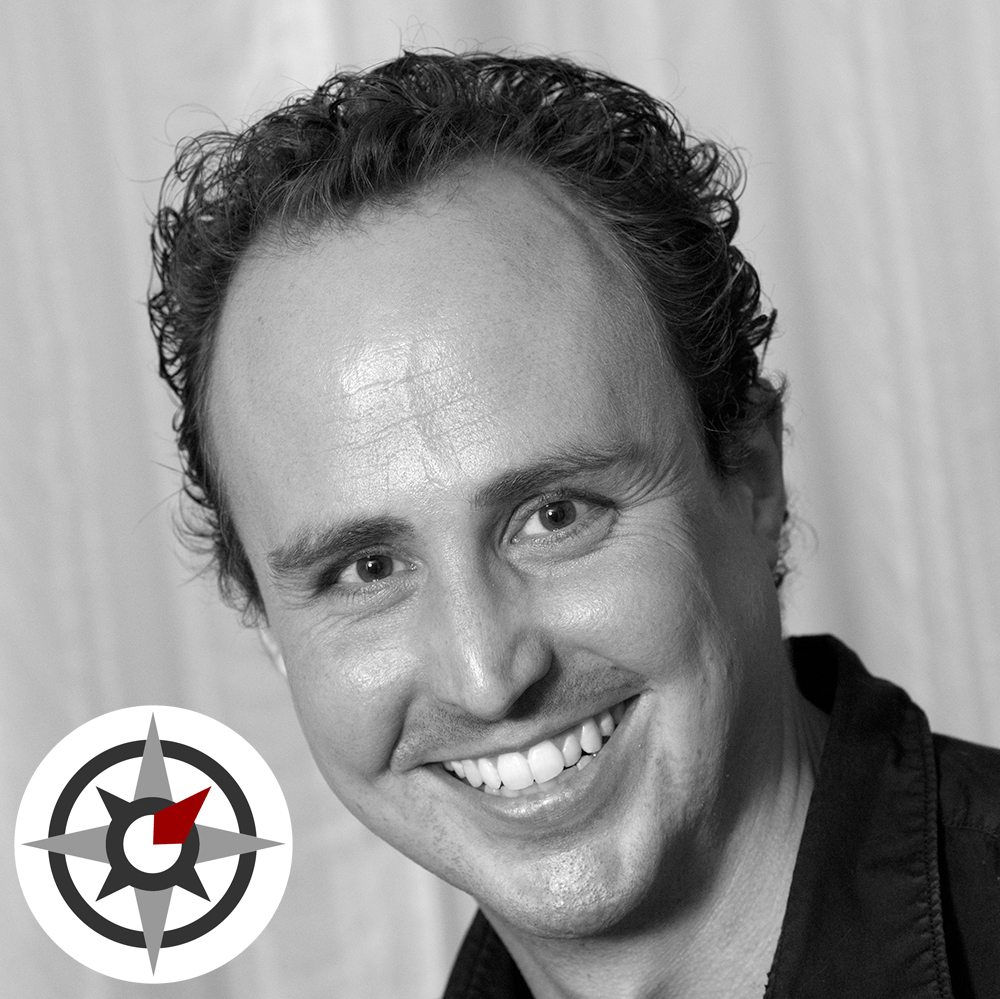 Mark J. Carter is the creator of Idea Climbing™, a process that lets people and organizations solve problems and create opportunities through collaboration. Most of his events and interview content focus on creating successful mentoring and marketing experiences. In addition to business endeavors Mark is passionate about improv and its applications in the business world.  You can connect with Mark @ MarkJCarter.com , LinkedIn, Twitter, Facebook & his Idea Climbing Podcast