Why Not Aim for the Biggest Questions 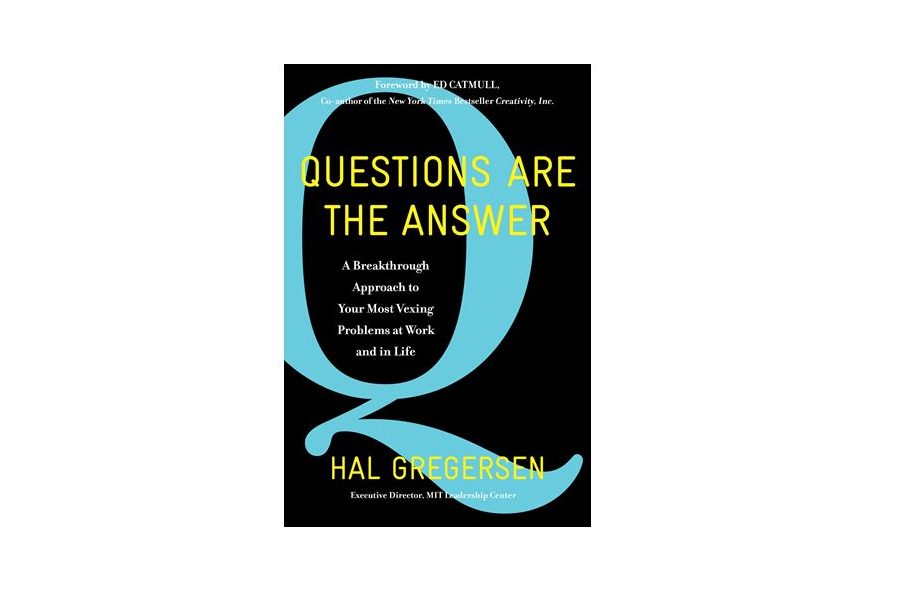 An Excerpt from Chapter 9 “Questions Are the Answer: A Breakthrough Approach to Your Most Vexing Problems at Work and in Life”  (Released this week) by Hal Gregersen, Executive Director, MIT Leadership Center

Another, probably more accurate way of saying “big questions” is to refer to them as “fundamental questions.” The most significant, potentially transformative questions are the ones that go back to first principles. Thinking about them this way makes clear that not all “big” questions are on a planetary scale. They can be transformative at a more local level, such as in a single community, or a single company, or for a single individual.

Joan LaRovere is a pediatric cardiologist at Boston Children’s Hospital, and it’s more than a full-time job. But early on in her career she also cofounded the Virtue Foundation, an organization dedicated to humanitarian relief around the world. The foundation had its start in LaRovere’s realization that medical and other supplies sent to aid-recipient nations were not finding their way to the areas of greatest need within those countries. They tended to swamp the urban areas to which they were shipped, leaving people in more remote and rural areas high and dry. The solution, LaRovere and her cofounder Ebby Elahi realized, was to get finer-grained data about incidences of problems and map the territories to guide aid activities better.

This is great work for the world, but as I talked to LaRovere about it, it was clear that she sees it as great work for her soul as well. Years ago, LaRovere realized that it wasn’t sufficient to focus on how to succeed in the material world on its own terms. Her transformative question, given her belief that there is a deeper dimension to our reality than this material one, is:

“Where am I preparing to go?”

That might sound like a big, spiritual question—and it is—but it actually provides very practical guidance to LaRovere in her daily work and life. “When you start living your life that way and start thinking that way, you take care to protect that, and you nurture that, and you feed that, and you grow that through all of your life experiences,” she explained. “Then you start asking with each thing that you do, and all the interactions that you have: Is this good for my soul, or is it bad for my soul? Is this getting me closer to the human being that I want to become?”

I thought about LaRovere’s question when I heard about the initiative Oprah Winfrey has embarked on. She is calling this year (I write this in early 2018) “the year of the big question.” What does she mean by that?

“Every person has their own big questions that no one else can answer,” Oprah
Click To Tweet

she explained at the outset. “And this year we will pose twelve of them, one every month. They are all questions I’ve thought about deeply and know my answers to. I also know my answers will keep evolving.”4 The interesting thing about Oprah is that her unique personal brand allows her to address the gamut of her fans’ lives, from their personal struggles with relationships and health issues to their interest and activism in national and international causes and social movements. From her book club picks to her investment choices, she has the power to influence millions. In her year of big questions, she has been using that influence to urge people to focus more on the questions they should be asking of themselves and others, at all levels.

In a sense it is no surprise that Oprah is a believer in the power of questions. She has been interviewing personalities in live settings since she was a teenager; by the last episode of her daily television show, she had racked up 4,589 shows and over 37,000 one-on- one, on-air conversations. “One lesson I learned from all my years of interviewing,” she says, “is that the key to getting the answers you need lies in asking the right questions.” Conceivably she has asked more questions than any person on earth. But I think her urging others to get clearer on the big questions in their lives has more to do with how she reframed her own life with one. According to her, she had a life-changing epiphany after reading the book The Seat of the Soul by Gary Zukav. “The chapter that stirred me most,” she writes in an introduction to that book’s twenty-fifth anniversary edition, “was the one about intention.” Prior to that, she says, “I suffered from the disease to please. . . . I was a slave to the needs, wants, and desires of others. I would say yes when I seriously wanted to say no.” Her breakthrough came, she says, when she recognized “that my intention to be liked was causing all the requests. . . . That was an aha moment! When I changed my intention to be about doing what I wanted, what I felt was worthy of my time, the effect automatically changed.”

From that time on, Oprah says, she made it her practice to ask all the guests invited to appear on her show, “What is your intention?” She wanted to make sure that her understanding of that guided the questions she would pose to them. Probably, for many, it was the first time they had been asked that, and they benefited from being forced to think about it. Now Oprah is asking the same question of all the rest of the world she reaches because she knows by her own experience that simple inquiry yields significant impact. In her words, “Ask the right questions, and the answers will always reveal themselves.”

Some of us are in the habit of asking bigger questions than others, but the message of this chapter is that all of us could be asking bigger ones than we do. This is the great payoff from becoming more aware of and more adept at questioning. It allows you to take on the problems that matter most. Some of that will involve questions about your own life’s purpose. You don’t want to be one of those people who, as Joi Ito puts it, “work their asses off on some path only to suddenly, when they have a moment to pause and become aware, realize they’ve been on the wrong path.” To avoid that, he says: “I think it’s an important thing to be constantly checking in to see whether you’re actually doing the things that matter to you.” And some enhanced questioning power will allow you to take on the problems of the wider world.

Ideally, in a life more focused on arriving at the right questions, and not just the best answers, you will be able to combine both. As Reese Fernandez-Ruiz says, “The question driving me has evolved throughout the years. It used to be finite and time-bound— like ‘Lift five hundred artisans out of poverty’—and that was great. But I realized that finite and time-bound goals should be milestones, not my reasons for being. Powerful questions should be long-term, enduring, and strong enough to survive and surpass setbacks, delays, pain, disappointments, and failure.”

From the book QUESTIONS ARE THE ANSWER: A Breakthrough Approach to Your Most Vexing Problems at Work and in Life by Hal Gregersen. Copyright © 2018 by Hal Gregersen. Released November 13, 2018 by HarperBusiness, an imprint of HarperCollins Publishers. Reprinted by permission.  Click “HERE” to purchase. 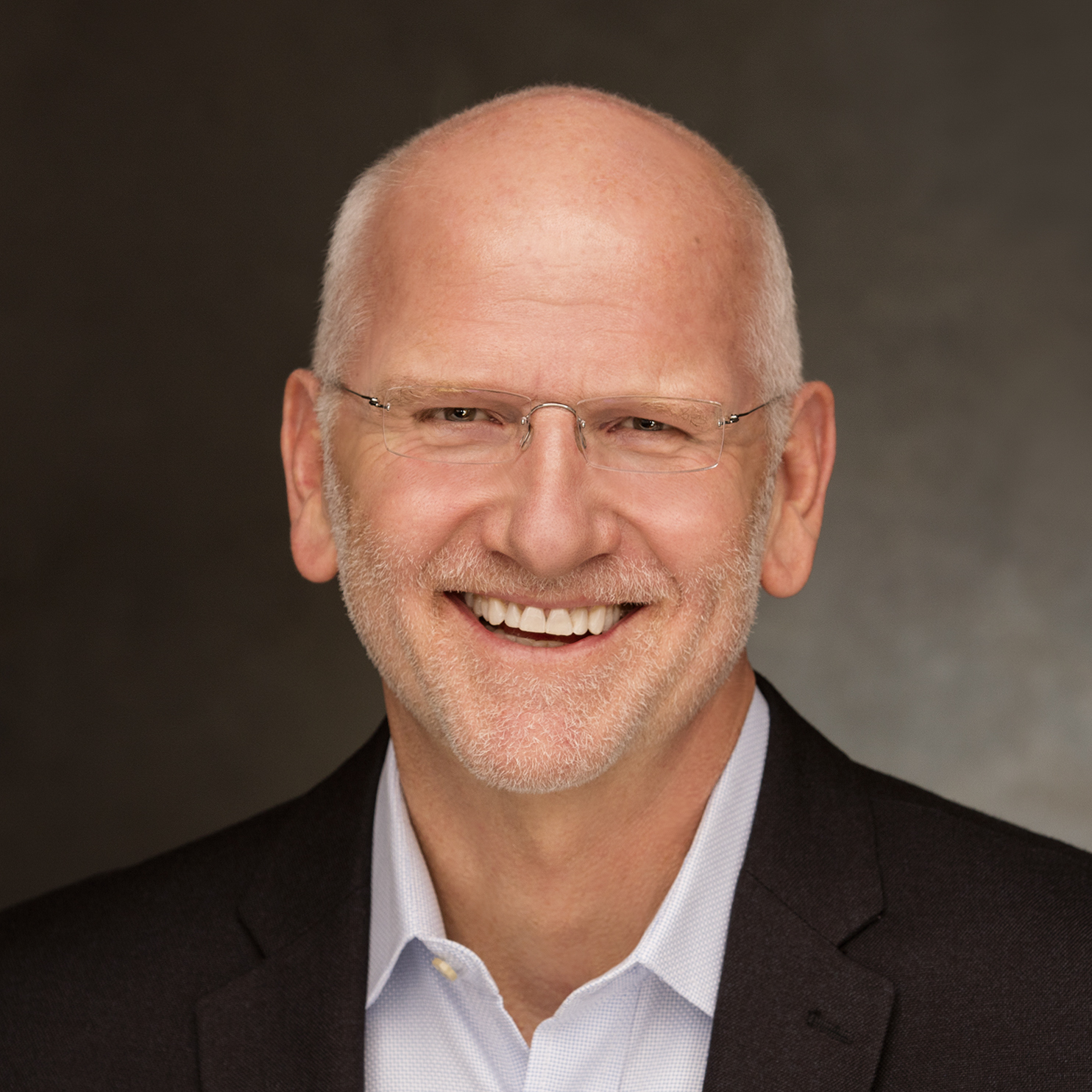 Hal Gregersen is Executive Director of the MIT Leadership Center, a prolific author and motivational speaker, recognized by Thinkers50 as one of the world’s most innovative minds. He has authored or coauthored ten books, and his most recent book is Questions are the Answer: A Breakthrough Approach to Your Most Vexing Problems at Work and in Life.  You can also follow Hal on Twitter