When Your Most Motivated Employees Become Quiet! 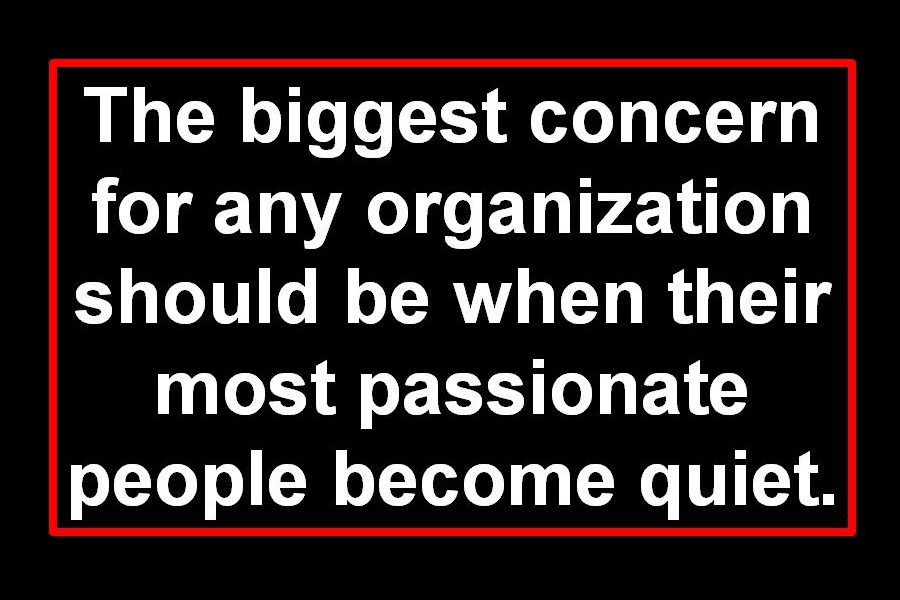 My new boss told me to never be afraid to give feedback. The next Monday morning in a meeting, I happily shared my viewpoint on a new policy. Thereafter, I noticed my boss’s disposition towards me changed. He stopped talking to me. I was shunned. I even felt the effects of this in my monthly performance appraisal, where he noted, I was not supportive of the organization, and I needed to be a better team player. The picture was quite clear – truthful feedback was not appreciated.

Heather, a co-worker approached me and said, “You are new, honest feedback is just lip service, don’t fall for it.” I quickly learned loyalists and sycophants were appreciated, while realists were punished. They built a culture of “yes employees.” I knew I had so much to offer, yet I couldn’t. Six months later, my boss was fired. He made a mistake on a proposal that cost the company its biggest client. This could have been easily avoided if he had just asked for honest input.

Listening is the most powerful skill a leader can master but it requires humility.
Click To Tweet

Your employees are your most valuable asset. Don’t take your employees for granted or treat them poorly. They use your internal tools and systems and interact with customers. They are your best brand ambassadors. Loyalty is a two-way street. You can’t buy loyalty, but you can certainly foster and nurture it. Employees who have been pushed to the point where they no longer care, will not go the extra mile. They will not take the initiative to solve problems. They will end up treating customers the same way you treat them. Employees are the heart beat of the company. And if the heart stops beating…What will happen?

“Leaders who don't listen will eventually be surrounded by people who have nothing to say.” ― Andy Stanley
Click To Tweet

Titans as Blackberry, Kodak and Nokia have paid the price for leaders who refused to listen. Their leaders operated in a bubble and engaged in group think. I’ve heard managers complain that “my employees won’t speak up.” Instead of labeling them as bad or disloyal employees, these same managers should maybe look in the mirror and ask how those people ended up that way.

Research suggests you need to praise at least three times as much as you criticize to keep employees happy. Instead of being quick to criticize, be quick to point out some of the great things you see your employees doing. This will not only reinforce these positive actions with the employees that performed them but also encourage other employees to do the same.

As a leader, your job is to encourage others around you to be open and honest without a negative consequence. When employees offer their ideas and differing opinions – be open-minded. Companies that remain strong in this competitive market, understand the need to embrace change and continuous improvement. More than ever, leaders will need to master the skill of “Lead with Listening.” The success of your business will depend on it!

Note from Bob: Check out Brigette’s latest Bestselling Book: The Future of Leadership: Rise of Automation, Robotics and Artificial Intelligence: 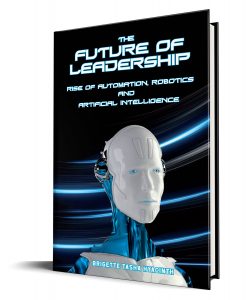 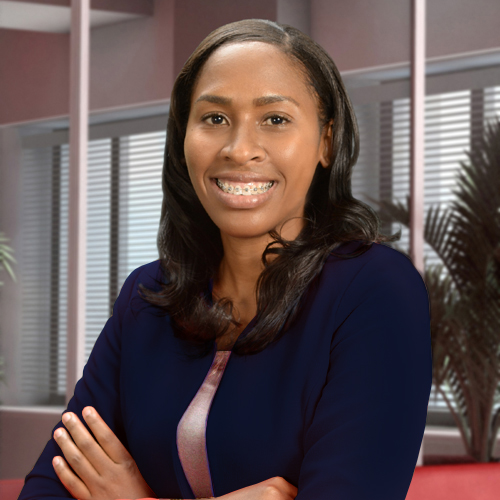 Brigette Hyacinth is an international keynote speaker, bestselling author and thought leader on Leadership, HR, Artificial Intelligence (AI) and Digital Transformation. You can connect with Brigette on her website: BrigetteHyacinth.com