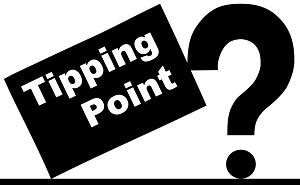 Agree with people when they point out their own weaknesses.

“Comfort may obstruct growth and solidify the status quo.”

Say, “You know you’re right, you can be too critical,” when someone says they’re too critical. Don’t say, “Oh, it’s not that bad.”

When team members say they’re too critical, thank them for their transparency. “Thanks for saying that. I respect your transparency.”

When a team member says, “I’m too critical,” give an affirmation and ask a question.

Bob says, “I’m too critical.” You reply, “You know you’re right. You can be too critical. Thanks for saying that. If you weren’t too critical, who would you be?”

Frank says, “I’m not decisive.” Say, “I agree. So, what would be true of you, if you were more decisive?”

When you ask, “So, what would be true of you, if you were more decisive?”, they might provide the obvious response, “I’d be more decisive.”

The second time you ask the same question often produces better results. “But what would be true of YOU if you were more decisive?” Listen for responses that speak to their own attitudes and behaviors. “I would be…”

How might leaders turn the self-criticism of others into tipping points for growth?