The Map on the Wall 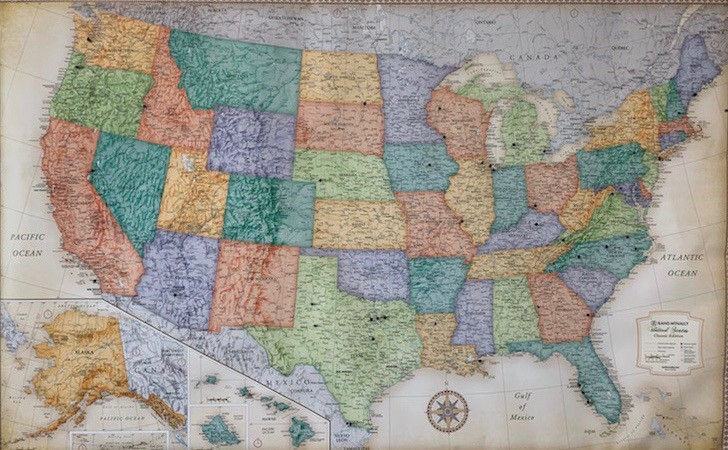 Whenever I write, I try hard to avoid expressing political or partisan opinions. Not only do I doubt you care about my opinions, but it would also be wholly inappropriate for me, in my current position as an active duty squadron commanding officer, to make them publicly known. Last year when I wrote “Ship to Shore” it was fascinating to see as many MAGA hat-wearers as Bernie Bros applaud. I considered that a win — strange, perhaps, but a win nonetheless. So with that said…here we go again.

In my office I’ve got a large map of the United States with dozens of small pins stuck all over it. Almost every day visitors to my office (most likely there to get some paperword signed) try to guess what all the pins represent. Seeing as I’m an aviator, many guess the pins represent airports I’ve visited — not a bad guess. Others take a little more general tack and ask if the pins denote cities I’ve visited. Also not a bad guess but, like the first, it’s not correct. The real answer is simpler and more complex. Those pins represent what makes my organization strong; that they’re dispersed so widely around the map underscores the point.

When a new member joins our team, regardless of rank or time in service, they go through a standardized check-in process that culminates in a one-on-one conversation with both the Executive Officer (XO) and the Commanding Officer (CO). When I assumed my role as XO last year, I hung the map and placed one lonely pin in my hometown. With each subsequent check-in the map gained a new pin. An entirely different discussion could be had about the cultural and social implications of where the pins have begun to cluster (to include the not insigfnificant number that aren’t from within the US), but that’s another day. The point is that in a little over a year the map has slowly begun to fill; each new pin makes my original purpose in hanging it easier to demonstrate.

When we sit down for our first conversation, the first thing I ask them to do is take a pin out of the jar and place it on their hometown (or as near as they can get). Once they’ve done so, I explain that the map and its pins visually demonstrate that we come from everywhere and why that matters. I point out that we come from different cultures, different values, different educations, different family dynamics, different spiritual or faith traditions, and many of us have different motivations to serve. But, and this is the key, now we’re all here — at this squadron — which means we now have a shared purpose, and all those differences…they’re features not flaws.

These conversations have proven humorous, enlightening, and more often than not, encouraging. I recall one recent check-in with a Sailor who told me he’d never worked with a black person before joining the Navy. Not alarming, he’s simply a product of where he was born and raised — and there just weren’t many black people where he grew up. Another Sailor I spoke with told me he’d never met a gay person prior to joining the Navy. Now, chances are high that he had and just didn’t know it, but the point was clear — he was in uncharted cultural waters. In those cases (as with all of them) I explained that the first step in pursuing our shared priorities and realizing our shared purpose is respect. We start with respect. I explain that from Day One, they have my respect, if for no other reason than they’ve raised their right hand (some multiple times at multiple reenlistments) and sworn a solemn oath to protect and serve our nation and its interests. My expectation from them is to extend the same Day One respect to their new shipmates. But I go further. Not only do we start with my respect, but we pair it with trust. I explain that from the moment we meet I trust them. This strikes some of them as odd because we’ve been told for so long that trust is earned over time. That’s true, but it’s also true that sometimes you just have to start with the presumption of trust and go from there if you hope to have it reciprocated. 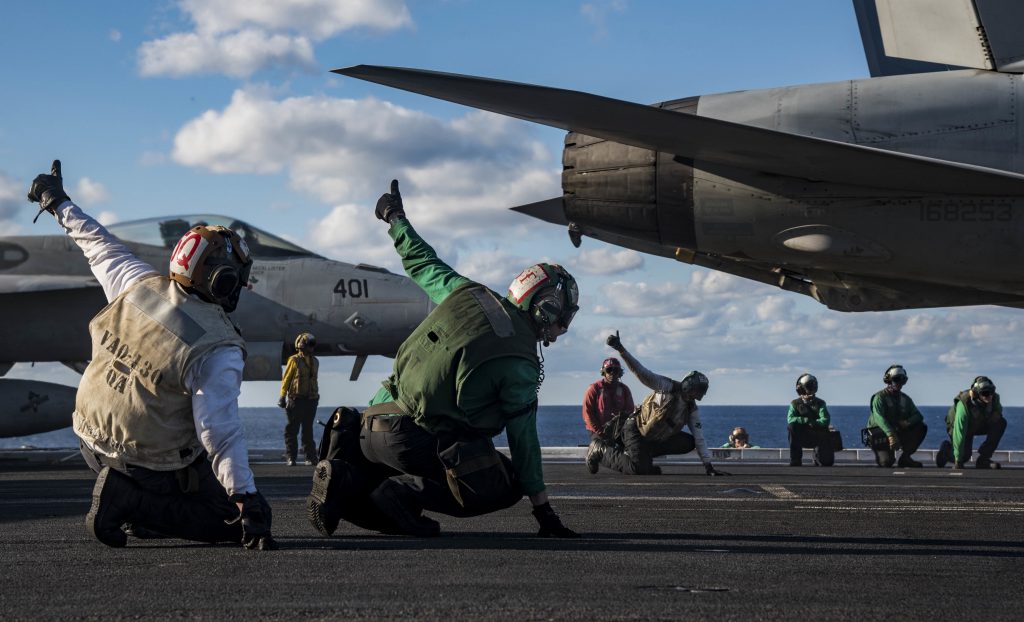 So what do the ideas of Day One trust and respect have to do with pins in the map? Everything. We see in the news everyday how a fundamental lack of respect and trust is tearing at the very idea of what it means to be an American. We argue over who’s more patriotic, who’s more compassionate, who’s more responsible, and on and on. It’s not good, and it doesn’t appear to be getting better.

But I can’t control what goes on “out there.” All I can do is try to foster a culture within my hangar — within our squadron — where we address things like race, gender, sexuality, and religious difference in a mature way that reinforces some very basic truths: we’re better because we’re different. We’re stronger because we come from everywhere. And, we’re much more dangerous to any potential adversary because we don’t all approach difficult problems the same way. My way of thinking about this isn’t “soft,” “new Navy,” or “PC run amok,” though some of the older (and frequently more vocal) voices in our community might suggest otherwise — and that’s fine. In reality it’s simply a matter of getting the most and best out of the team I’ve got. If there’s fault in that, I’ll gladly plead guilty.

As alluded to, I recently had the privilege of assuming command of the squadron from a good friend of mine. When he rode off into the sunset and I moved into his office, I considered whether to bring the map with me or leave it for the new XO. I decided to move it with me, and chances are strong that I’ll take it with me when I leave. Who knows where it’ll hang next, but it will always serve to remind me during my most frustrated and cynicism-filled moments how those little pins came together from everywhere to accomplish something seemingly unimaginable in today’s environment — unity of purpose, unwavering commitment, and courageous service from, and for, Americans of widely disparate backgrounds. 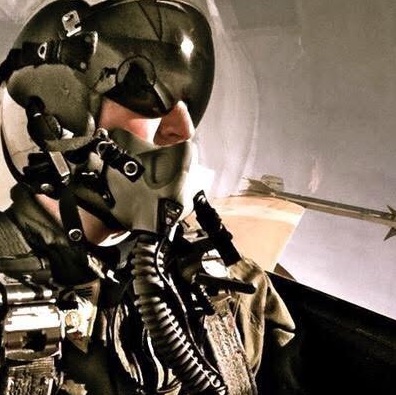 Jack Curtis is an active duty Naval Aviator, currently servings as the Commanding Officer of an operational EA-18G Growler squadron.  He holds a bachelor’s degree from the  University of Florida and a master’s degree from the U.S. Naval War College.  Opinions expressed are his alone and do not represent those of the United States Navy, the Department of Defense, or any other federal agency.