The Gift of Listening Without Fixing

Excerpted from Chapter 8 of  The Courage Way: Leading and Living with Integrity  by Shelly L. Francis

A senior management leader we’ll call Bob had tension with another person on staff, which made him feel as though his value to the organization was being questioned. He went to the CEO, Mike, for advice—and to vent a bit, too. He paced around the corner office, unsettled.

Rather than give Bob instructions about what to do next, Mike consciously opted to ask open, honest questions. That meant asking questions Mike couldn’t possibly know the answer to but that would help Bob listen to his own inner wisdom.

In their conversation that day, Mike posed these questions in response to Bob’s unfolding story:

The questions helped Bob connect the current situation with some other times in his current life and in his past. He was able to look at the workplace episode differently, and he gained a new perspective on how to approach his colleague for further conversation.

Mike’s internal stance as a leader was the foundation of this curiosity-driven yet nonjudgmental conversation that led to Bob’s insights. What Bob couldn’t see was that Mike was also embodying a few other touchstones to create safe and trustworthy space:

This approach empowers others to make wise decisions based on their own genuine inner knowing, rather than just accepting a superior’s advice (or seeming to but without a sense of ownership).

Mike said, “I’m fascinated every time in these interchanges how much more satisfying the result seems to be when I don’t jump in with the first advice that comes to mind. My conversation with Bob had so much more texture to it. My impression was that Bob appreciated the fact that I didn’t dive in and tell him what to do and that I was interested enough in the situation to help him talk through it.”

Mike knew that his approach was atypical. “Allowing silence is challenging, especially in the workplace. People are taught to fill the silence. If you engage in conversation with open, honest questions and you give people time to ponder, that means you have to be patient with the silence.”

Mike sees how this form of conversation supports a workplace culture of compassion and empathy. “It’s harder to stop and think of asking an open, honest question. But it is a form of caring for someone, and it comes across that way—as caring.” It also communicates a charged expectation that Bob will address the situation responsibly and will be accountable for maintaining professional relationships with colleagues. This is paradox in action, to hold the tension between caring and accountability.

Mike told me that learning to ask open, honest questions is both a challenge and benefit of Courage Way practice because it’s made him a much better listener. “I’ve realized there is no greater gift you can give someone than deeply listening to them.” Open, honest questions are a form of humility in leadership, too. It’s easier but can be a form of arrogance to ask questions that try to manipulate people into the answer you want them to find.

Just as you can cultivate the capacity to ask good questions and be an empathetic listener, you can also cultivate the types of relationships (especially in community) where this quality of interaction is welcome and practiced. Asking such questions— combined with the other practices around listening—is integral to making wise decisions in any aspect of life. 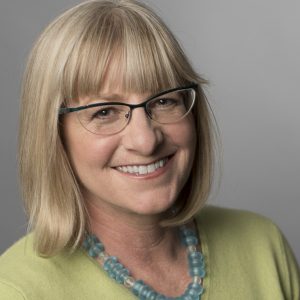 Shelly L. Francis has been the marketing and communications director at the Center for Courage & Renewal since mid-2012. Before coming to the Center, Shelly directed trade marketing and publicity for multi-media publisher Sounds True, Inc. The common thread throughout her career has been bringing to light best-kept secrets — technology, services, resources, ideas — while bringing people together to facilitate collective impact and good work. Shelly authored The Courage Way: Leading and Living with Integrity on behalf of the Center for Courage & Renewal, which released February 6, 2018.