Stay the Course—Avoid Drowning “Below the Water”

Note from Bob – Please don’t want to miss the great questions from Navy Captain Hartman that you will find near the end of this post.

“We didn’t do anything wrong, but somehow we lost.”

The CEO of what was once the world’s leading mobile phone manufacturer made that statement on November 13, 2015. Read it again and let it sink into the depths and every crevice of your brain.

That statement is perhaps the epitome of the blame-game. It includes absolutely no ownership of why they ended up in their calamitous situation, and no hint of a plan to find a solution.

When I read that statement my mind flashed back to my good friend Navy Captain Hartman.

Captain Hartman described to me a concept his team in the navy called “Below the Water” behavior. This was the term they used to describe civilian and enlisted personnel who would fall into the trap of excuse-making, finger-pointing, or any other destructive facet of the blame-game.

“You surely have dealt with these types of folks, Mike. They exist in every organization,” the Captain said with disgust. “They can wreak havoc on a team and devastate a culture. We have no tolerance for their behavior.

“Individuals with a ‘Below the Water’ mindset are always full of excuses and cling to the futile notion that nothing is ever their fault. Worse yet, they are often insistent there is nothing they can do about the situation. They wallow in self-pity and blame their problems on other people, events, or things. They live their lives snugly nestled in a cauldron of blame and denial.”

Captain Hartman challenged me to think about the last time one of my colleagues, friends, or even family members approached me with an endless list of excuses and reasons as to why they could not achieve an assignment, complete a project, follow through on a commitment, or finish a chore.

He then asked, “How does it feel when someone always offers excuses why everything is not their fault and consistently complains about their challenges, their boss, company policies, their job?”

He saw by the look on my face that he did not need to wait for an answer. That sort of behavior is exasperating. That behavior, left unaddressed, will spread like wildfire within a team and throughout an organization. It will drag a team down and immobilize an organization.

“Now,” he suggested, “think of a time when one of your colleagues took ownership and accountability and said, ‘Listen, I know I did not deliver on what was expected. I take ownership for dropping the ball, and here is my plan to make sure it never happens again.’

“That has a completely different feel. That is the mindset supervisors, managers, and leaders around here notice in our people. That’s the culture we want.

“People around here know that excuses are not tolerated. No matter how compelling and ingenious the excuses may be, we do not accept them. It is clear that around here we learn from mistakes and accidents. Mistakes, oversights, and accidents happen. We are all human. We do not dwell on reasons why, or excuses, nor do we seek to punish, admonish, and call out who was to blame. Instead we take pause, consider the current realities, and turn our attention to finding solutions to move forward. Achieving what matters most is always foremost on our minds.

“Our folks know that when faced with difficult circumstances, challenges, and hurdles, we expect them to search out solutions and not to look to point the finger of blame.

“That blame-game and excuse-making mindset is contagious. But so is the ‘let’s find a solution’ mindset. So we focus there to nourish that behavior so that it becomes inculcated into our culture.

“It takes self-awareness to realize when you are drowning ‘Below the Water.’ But once people realize they are floundering in the blame-game, they quickly recognize their realities and understand they must take ownership and accountability to figure out how to move forward and make progress toward helping the team to deliver on our objectives.

“We devote a lot of time and energy to creating and sustaining our culture. Bringing attention and awareness to desired behaviors is one of the most important parts of maintaining our desired culture. You would expect high levels of accountability in the military, and we have that for the most part. However, even the majority of our enormous civilian population personnel possess a ‘whatever it takes’ mentality. That is a result of the importance and focused attention we place on developing our optimal culture.

“You know what I learned, Mike? Perseverance comes from the same part of the brain as decision making and emotion. So to instill that tenacity and determination I push my folks to figure things out on their own, even when it may be easier or quicker for me to solve problems for them.

“I have found that when I am able to spark both the decision-making and emotional parts of the brain that perseverance, determination, and resolve flourish.

“You will find that leadership here is intentional about the words we choose and the experiences we create for our people. Words create pictures. Pictures stimulate emotions. Emotions fuel beliefs. Beliefs drive actions. And most important, actions produce results.”

Just then, there was a knock at the door. “Come on in,” Captain Hartman shouted. Vinnie, one of the project owners from the civilian workforce, entered the room. Without any pleasantries or chitchat, Vinnie immediately launched into a tirade. With veins popping out of his neck and blood coursing into his beet-red face, he rattled off a laundry list of all the problems, obstructions, impediments, policies, and people that were making his team’s job impossible. I felt uncomfortable and awkward as I sat there and observed.

Vinnie was relentless. I turned my attention to the Captain. He appeared calm, reserved, and emotionless, yet he was genuinely listening.

Finally, Vinnie had run out of complaints. Captain Hartman calmly asked Vinnie, “Is there anything else that is holding you back?”

Vinnie, appearing a bit puzzled, thought for a few seconds and then said, “No, that’s all of it.”

“So, of all that you just shared with me, and correct me if I am wrong, there are seven or eight issues that are out of your control and it sounded like there are two or three that you can control. Is that about right?”

“Vinnie, you know as well as I do how important this project is and what is on the line here. There are lives at stake. We have people depending on us. What is the one thing you can do now to make progress toward the results we must achieve?”

At that point I could see Vinnie’s disposition and countenance change. The Captain had skillfully helped Vinnie focus on what he could control instead of what he could not.

In a matter of seconds Vinnie began to rattle off several ideas of how his team could move through the perceived barriers and make progress to ensure the project was not delayed.

Once Vinnie left, Captain Hartman shared, “When Vinnie walked in here, he was ‘Below the Water.’ He was stuck and frozen in what you like to call the blame-game. I have learned over time that to get people to take accountability, ownership, and move forward, it is best to let them draw their own conclusion to do so. Asking open-ended questions is one of the tactics I have found to be most successful.” 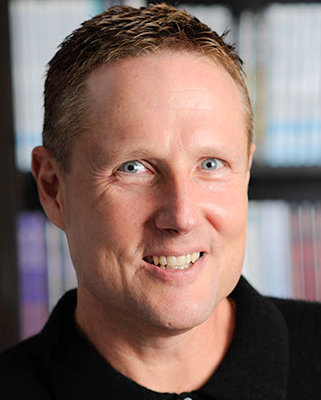 2 thoughts on “Stay the Course—Avoid Drowning “Below the Water””