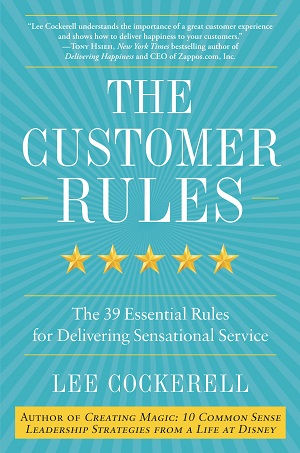 When I worked for Marriott, in one of my annual performance reviews my boss, Karl Kilburg, suggested I take a course to improve my listening skills. “You often don’t listen to what I’m saying to you,” he said.

I immediately became defensive and tried to tell him why he was wrong. In doing so, I proved his point: I heard his words, but I hadn’t really listened. I didn’t ask him to elaborate or explain. I just sprang to my own defense. Later, after I calmed down, I thought about the many times Priscilla had accused me of not listening to her. Naturally, she said it in a different way and in a different tone of voice, usually, “Lee, are you listening to me?” Needless to say, that was not really a question. I realized that Karl was right: I had a lot to learn about listening.

If your customers don’t feel they’re being listened to, they will not be as straightforward as Priscilla and Karl. They’ll just return the favor by not listening to you when invited back to do more business with you. That’s why I recommend making sure every employee who’s in contact with customers or clients masters the art of listening. Eventually, I listened to Karl and signed up for a three-day course that Marriott’s human resources department found for me. It turned out to be one of the best things I ever did to improve my management and leadership skills. It helped at home, too, although I have to confess that I’m not always perfect. Just the other day, Priscilla insisted that I go to the doctor to get my hearing checked. When I got home, I told her the test results: “My hearing is fine.” She said, “Then we have a bigger problem.” That, I heard loud and clear.

Failing to truly listen to others is just a bad habit, and it’s one most of us have to some degree. It’s all too easy to talk too much and listen much too little. Luckily, habits can be changed. Sure it takes time and effort, but it pays off in customer satisfaction.

Like all of us, your customers want to be understood. But emotionally, what’s even more important is that they feel you want to understand them and you’re genuinely trying to grasp what they want, need, think, and feel. They may forgive you for not comprehending, but they won’t ever forgive you for not caring. And they judge how much you care by how well you listen.

I had a disappointing experience recently with a young employee at a popular burger joint near my home. I wanted to place a takeout order, but I had to call four times before someone finally answered the phone. It was not the first time I’d had a problem ordering takeout from that restaurant, so when I arrived to pick up the burgers, I tried politely to tell the young server what had happened. Instead of listening to my very legitimate complaint, he immediately became arrogant and defensive, saying that company policy was to serve the customers in the restaurant before the ones calling for takeout and the restaurant was very busy that night. I found this difficult to swallow, so I wrote a letter to the CEO. I promptly got a call from the district manager, who confirmed my suspicion: it was not their policy to handle customers in the store before answering the phone. The employee had invented an excuse just to shut me up.

Clearly this employee did not understand service. He not only didn’t care about my problem, he didn’t realize that it was also his problem. I can’t be sure if he suffered any consequences because I spoke to his manager, but if he had simply paid attention to me and demonstrated a modicum of concern, I would have let it go without saying a word.

It’s funny how much more effort we put into developing our speaking skills than we do into improving our listening abilities . When I was in college I took a speech course. I knew that speaking well would be an important skill to have when I entered the working world. I also knew that public speaking terrifies most people and that if I could somehow rise above that common fear, I would have a leg up. The day before I was scheduled to give a speech to the class, I got so scared that I dropped the course. The thought of being observed and judged was more than I could handle. Today I give speeches for a living. How did I overcome my fear? I was lucky enough to get great advice from a speech professor and smart enough to practice the techniques he taught me.

Mastering the art of listening should be just as straightforward . There are techniques for getting better at it, but very few people take advantage of them, because we seldom appreciate how important listening is. Plus, most of us believe we’re already good at it— or at least good at faking it. The truth is, most of us in this hectic world are not good at listening . And no matter how good we think we are at faking it, 99 percent of the time we’re not fooling anybody but ourselves.

Here are some tips for practicing the art of listening:

But it doesn’t end there. Great listening means paying attention not only to what people say, but also to what they don’t say and to what they’re trying to say but can’t quite articulate. To do that, you have to be as focused as a laser beam. Sometimes customers are unhappy with some aspect of your products or services and don’t know how to explain their concerns. Some don’t really know what they want, while others know exactly what they are looking for but can’t quite describe it. And in some cases they are reticent because they fear embarrassment— as with people who need tech support and are too self-conscious to admit that they’re intimidated by technology, or people who have medical needs related to an intimate condition. Whatever the reason, an attentive listener can tell when the customer is either holding back information or struggling to find the right words. I have found that the best way to work with such people is to ask questions and listen carefully to the answers.

Your probe should be conducted with the utmost diplomacy— politely, patiently, and gently. Ask the customer if there is anything else he would like to tell you that will help you understand and serve him better. Let her know that you really do want to hear everything she has to say and that no concern is too trivial and no question is foolish. Make it safe for customers to disclose what is really on their minds. If you put them at ease and ask the right questions, you will eventually achieve clarity about what they need and want, whether it’s a product, a service, constructive advice, or a fair redress of a grievance.

As Stephen Covey said in his bestselling book, The 7 Habits of Highly Effective People, “Seek first to understand, then to be understood.” He recognized that customers who feel understood are likely to come back and those who don’t feel understood will go where the employees have better ears.

Note from Bob:  Don’t let this be said of you:  “She/He is not hard of hearing – She/He is hard of listening!” 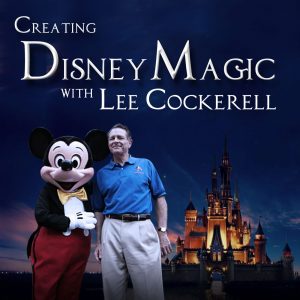 Lee Cockerell – Pictured with his Boss is the former Executive Vice President Walt Disney World® Resort – Author of Creating Magic…10 Common Sense Leadership Strategies From a Life At Disney & Time Management Magic.. How To Get More Done Every Day –  You can connect with Lee @ LeeCockerell.com for Keynote Speeches and Seminars