Questions As The Ultimate Leadership Tool 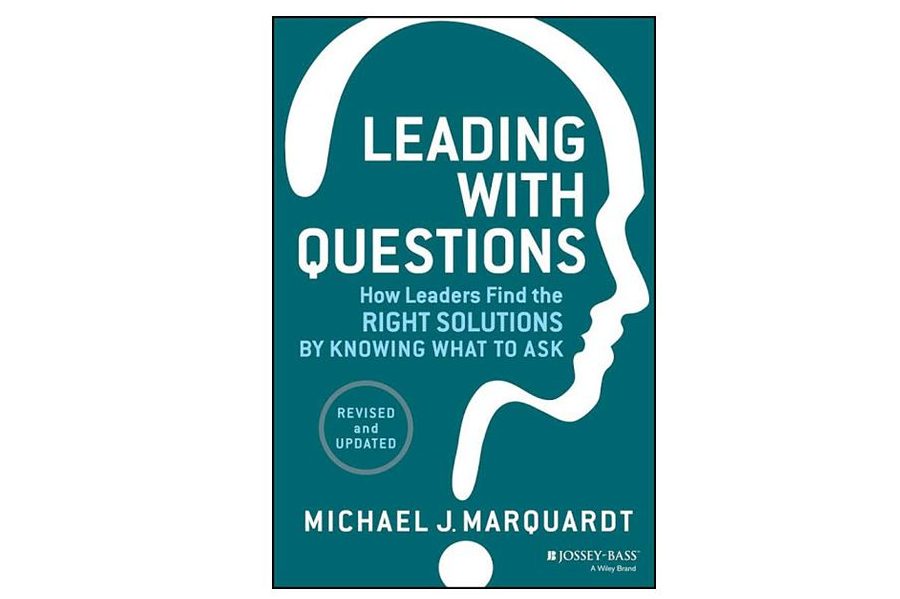 Note from Bob:  Yesterday I discovered that my LeadingWithQuestions.com post last Thursday, February 2 was my 500th Post!  (The first was on March 15, 2012)  So grateful for all who have joined me on this journey to increase your Leadership Effectiveness X 10!

Today’s Post is #501:  Questions As The Ultimate Leadership Tool

Excerpted with the permission from “Leading with Questions” by Dr. Michael Marquardt – pages 25-27 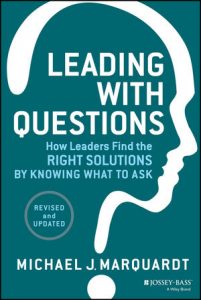 Another example of a leader who makes effective use of questions is Commander D. Michael Abrashoff.  Through what he calls “Grassroots Leadership,” Commander Abrashoff turned around the operations of the USS Benfold, one of the U.S. Navy’s most modern warships.  His methods were not complex, yet the results were astounding.

Under Abrashoff’s twenty-month command, the Benfold operated on 75 percent of its allocated budget, returning $1.4 million to the Navy coffers. The promotion rate of his people was two and a half times the Navy average.  The predeployment training cycle, which usually takes a total of fifty-two days, was completed by the Benfold crew in just nineteen days.

A third of all recruits don’t make it through their first term of enlistment, and only 54 percent of sailors stay in the Navy after their second duty tour.  Commander Abrashoff had 100 percent of the Benfold’s career sailors signing on for another tour.  It is estimated that this retention alone saved the Navy $1.6 million in 1998 (Crowley, 2004). 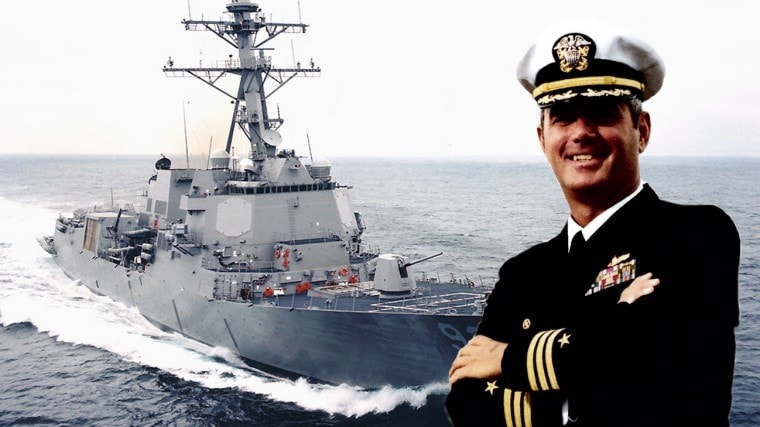 What did he do to stage such a turnaround in less than twenty months?  As he himself remarks, he continuously:

Almost immediately upon taking command, he had a fifteen to twenty minute personal interview with each of his staff of three hundred.

He asked each person these three questions:

Abrashoff acted as quickly as he could to implement the ideas that came from these questions.  He realized that simply following existing procedures and doing things the way they had always been done could no longer be effective.

Abrashoff set the vision and trusted his crew.  He helped people take pride in their work.

Whenever I didn’t get the results I was looking for on the Benfold, I tried to look inward before flying off the handle.  I also asked myself three questions each time:

Eighty percent of the time, I found that I was part of the problem and that, through my actions alone, I could have altered the outcome significantly.

Abrashoff questioned every rule.  He noted that when an officer or sailor came to him for approval or a signature on something, his first questions was always, “Why do we do it this way?”

If the answer was, “Because this is the way it’s always been done,” I would say, “That is not good enough.  Find out if there is a better way to do this.”

After a while, people began doing their homework before they ever brought issues to me.  And they could explain, “This is why we do things this way.”  Or, “We’ve thought of a better way to get this accomplished.”  It drove my officers crazy, but by creating a culture in which we questioned everything, we were training our people to keep their eyes open to new ways of doing business [Abrashoff, 2002].

Now three questions for you:

A.  When you you going to ask yourself:

C. What are you going to do with the answers you receive?

Special Note from Bob:  In 2006 I was browsing in a (now closed) Borders Bookstore and came across the first edition of “Leading With Questions” by Dr. Michael Marquardt.  I only had to peruse a few pages before declaring to myself, “This is a Keeper!”  This book changed forever how I lead!  Since that day Mike has become a good friend.  Recently I was privileged to spend a week with Mike as he trained 19 of my Cru colleagues and me to be Action Learning Coaches!  Thanks Mike! 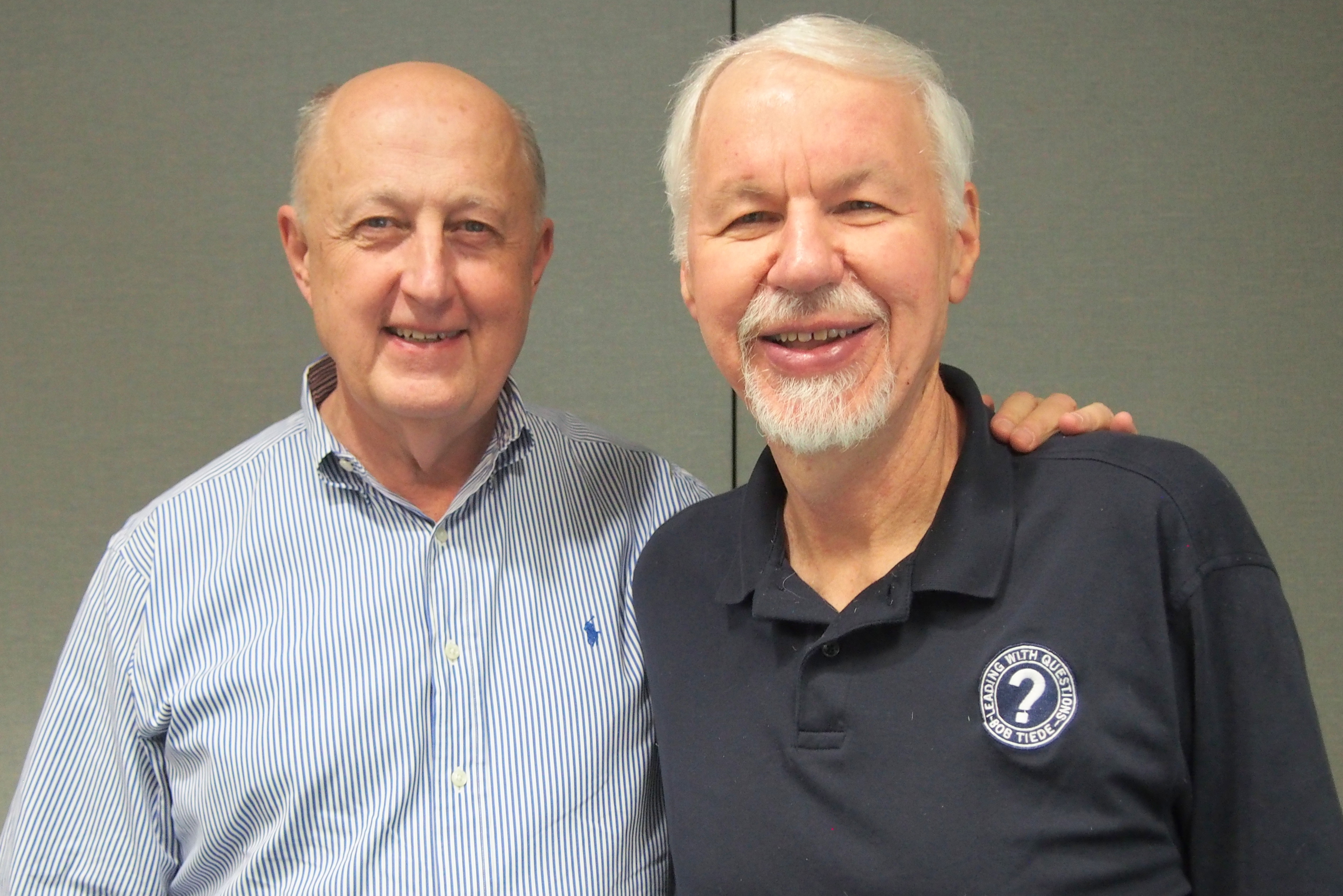 Dr. Michael J. Marquardt is the President, World Institute for Action Learning and a Professor at George Washington University. Mike is the author of 20 books and over 100 professional articles in the fields of leadership, learning, globalization and organizational change including Action Learning for Developing Leaders and Organizations and Leading with Questions.   You can order “Leading with Questions” by clicking “HERE”

3 QUESTIONS EVERY LEADER NEEDS TO ASK