Questions are Our Friends 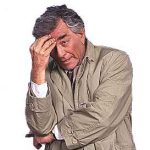 Who are your question-asking role models?
Is it your third grade teacher who always knew the answer to any question she asked and who was just testing you? Or, perhaps, you ask questions like those cops on TV who use clever questions to trip up a suspect.
I don’t know about you, but most of what I’ve learned about asking good questions I had to learn on my own. I learned most of it by watching great bosses in action and, you guessed it, asking them questions.

For great bosses, questions are the door to conversations and conversations are how relationships grow. They began just about every contact with a question, and it wasn’t some variant of “how are you?”

Some questions were personal, like “How did your daughter’s soccer team do last night?”  Others were work related. “What do you think we should do about the Johnson complaint?” Some bosses had trademark questions that they asked everyone they came in contact with. 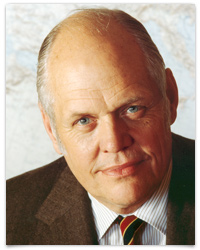 Digital Equipment founder Ken Olsen asked everyone, “What are you working on?”

One key to those questions is that the person asking really wanted to know the answer.

Another key is that they’re hard to answer in one or two words. You need at least a sentence. That’s how conversations start.

Another key to great questions is being willing to admit you don’t know something or that you need help.

There are some people who see asking a question as a sign of weakness, but in today’s interdependent world, your questions as a boss demonstrate our interdependence.

There’s a bonus. While you’re demonstrating that you’re a team member who needs help and not just a fancy title, you also learn something. How cool is that?

Questions aren’t just for starting conversations. The right questions can help you keep a conversation going. Next time you want to urge your partner to keep talking try asking a variation of “Oh really?” or “Is that right?” or “What did you do?”

Master the art of asking questions. It’s one of the key skills of great bosses.

Wally Bock is a well-known writer on leadership and the workplace. He writes the “Three Star Leadership” blog and helps other create great business books.