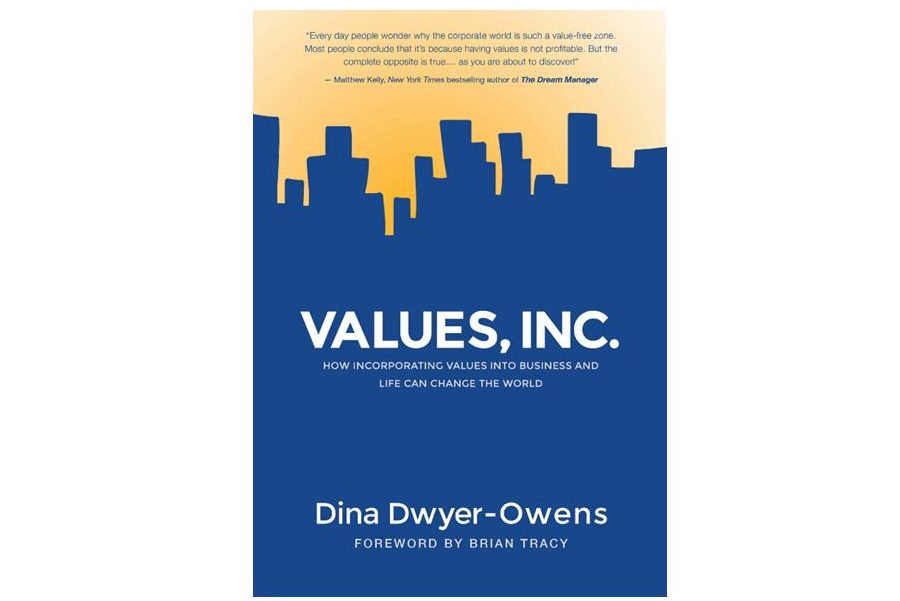 Excerpted from Chapter 4 of “Values Inc. – How Incorporating Values into Business and Life Can Change the World” by Dina Dwyer-Owens

We’ve all heard the criticism “he talks too much.” When was the last time you heard someone criticized for listening too much? – Norm Augustine, former chairman, Lockheed Martin

It’s the day after Mother’s Day and it’s already like any other Monday morning. Ted gathers his invoices from his restoration and carpet-cleaning jobs from the day before. He walks into his boss’s office.

“Morning, Mike. Here are my invoices.” He sets the invoices on his boss’s desk.

“Ah, thanks, Ted.” Mike sets his coffee mug down and reaches for the stack of papers. “Hey, there’s doughnuts in the break room, by the way.”

“Thanks, boss!” Ted smiles. He leaves and walks into the break room. After pouring a cup of coffee into a small Styrofoam cup, he lifts the flimsy cardboard lid of a box on the table. He hooks a doughnut and takes a bite.

“Ted, can you come into my office for a minute, please?” Mike is standing in the doorway with a serious expression on his face. He turns around and heads back toward his office.

Ted swallows slowly and walks to Mike’s office. Mike pokes at an invoice on the desk and says, “Please explain this.” Ted walks over and picks it up. At the bottom of the itemized invoice he reads what he wrote the day before: Scotchgard. No charge.

“Well, I just decided to Scotchgard the carpet in this lady’s house for free.”

Mike looks frozen in surprise. He scoffs, “Her whole house?”

“That’s easy for you to do, Ted, because you’re not the one who has to pay for it. An entire house worth of Scotchgard is a lot of product you’ve just given away for free!”

Mike’s jaw clenches and he pinches the bridge of his nose, struggling to maintain composure. “I don’t want to ever see this happen again. You’re wasting our products.”

Work continues slowly, uncomfortable hours stretching out the day. The silence of the afternoon is rattled by an unexpected call. Mike answers.

A lady responds tearfully, “I just want to tell you guys that your company is the only one I’m going to use from now on. Your guy came in and did such a great job. I just happened to mention in passing that my kids forgot to get me something for Mother’s Day. He Scotchgarded my whole house and said to me, ‘Happy Mother’s Day.’ I just couldn’t believe it! I will never use anybody besides your company again. He didn’t have to do what he did, but he just gave me one of the most exceptional gifts of all time.”

Moved by her story, Mike thanks the woman for calling and waits for Ted to return from a restoration job. When Ted returns, Mike promptly calls him to his office.

“I feel like an idiot,” he says after Ted walks in. “I got a call from your customer and she explained to me why you Scotchgarded her house. Even though I don’t advocate giving products away, you really went the extra mile for her and that’s exactly what we want to have happen.”

“Thank you for what you did. I’m sorry; I should have let you talk and tell me why you did it. I should’ve listened.”

This is a story one of our franchisees from our Rainbow International brand told me. It is the perfect example of our value, “Listening with the intent to understand what is being said and acknowledging that what is said is important to the speaker.” Leaders often take their responsibilities and leadership seriously. Unfortunately, their sense of duty can be so strong that they sometimes forget to listen to those they lead. This can cause complications in the workplace.

Studies show that when employees feel they are heard and that their opinions count for something it can have a significant impact on things like employee retention, productivity, and customer satisfaction. These things have been shown to create an average gain in productivity of six percent. What makes listening so powerful?

When everyone matters and everyone knows he or she matters, employees are happy to come to work, and they’re eager to give you their energy, creativity, and loyalty. The result is predictable: more productivity and satisfaction; less absenteeism and turnover. On the other hand, when people don’t feel included, they become apathetic and perform at less than their full capacity. To put it simply, all people want exactly what you want. You want to be included, listened to, respected, and involved, don’t you? You want to be asked your opinion and have it taken seriously. You want to feel valued. And you want to be known as an individual and treated as such.

Employees are people, not commodities. They contribute to a business and are involved in so many aspects of a business that leaders couldn’t ever experience on their own.

Body language is the most important part of communication. Being able to actually see what someone is trying to say is just as, if not more, important to understanding what he or she is trying to communicate. In 2012, I went undercover on Undercover Boss to learn more about the challenges our frontline team members face. When I would listen to their stories, I began to realize how much I need to listen with my eyes, not only my ears. Their body language revealed more to me than just their words. This discovery had such a profound impact on me during my Undercover Boss experience and seems to be the recurring theme of the show.

For some people, the word leader conjures images of a dictator ruling over his “subjects.” This is a demeaning metaphor—those being led aren’t subjects; they’re leaders in other areas who allow themselves to be led by someone else better suited to the task at hand. When leaders don’t listen, they give in to a dictator mentality and people begin to feel viewed as subjects. When leaders listen first, they humble themselves as servants and people begin to feel like valued equals.

Servant leaders aren’t just another fad in management theory; they’re one of the most fundamental aspects of successful businesses. This statement is backed up by several studies on the subject. One study finds that some of the most important aspects of a servant leader are:

In any organization, we all contribute to a common goal of organizational success. We all have an important role to play, and servant leaders recognize this. That’s why this form of leadership is so powerful.

Work is not about fulfilling leaders’ fantasies of being monarchs, as the term “chain of command” would suggest; it’s about working toward happier, more fulfilling lives for all stakeholders, from the CEO to interns to customers. When this perspective doesn’t guide the motives of leadership, organizations begin to break down. But when serving others, compassion, happiness, and respect become the guiding principles of everyone involved, which leads to organizations building a far stronger foundation for success.

Can you name three people in your life who you feel truly listen to you? What qualities make them good listeners?

Can you name three different people in your life who you think would say that you truly listen to them? Why would they say that you are a good listener?

Are there any people in your life who you feel don’t “get” you? If so, when you’re talking with them, what is it about their behavior that makes you feel that way?

Can you recall, in detail, the last conversation you had with someone that lasted more than fifteen minutes? If not, why? What can you do to better remember the details of your next conversation? 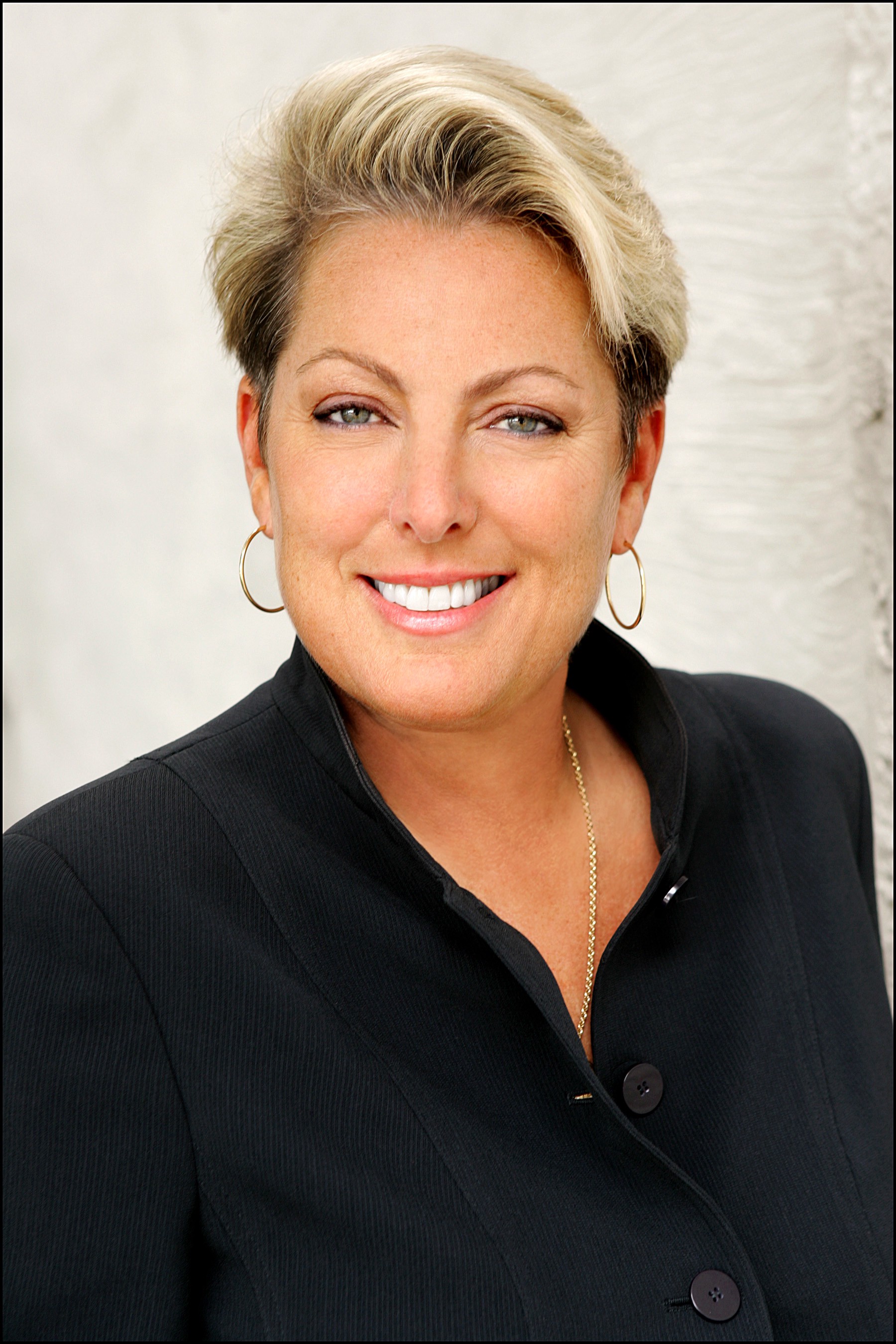 Dina Dwyer-Owens is the Brand Ambassador of Neighborly (formerly Dwyer Group). America also knows her for participating in CBS’s Emmy-winning hit reality show “Undercover Boss.” Dina is a certified franchise executive with more than 35 years of industry experience, 15 years as CEO of Dwyer Group. That business, known now as Neighborly and headquartered in Waco, Texas, is the world’s largest parent company of 22 home service brands and nearly 3,700 franchise owners in nine countries. Dina is the author of two books: Live R.I.C.H. and Values, Inc. that both share her global message for living and leading with a proven code of values (books available for purchase at  Values-INC.com).