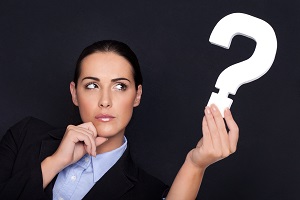 Having interviewed many leaders in the public, private, and nonprofit sectors, I’m often asked, “What makes a great leader?” Specific characteristics may vary by industry and context, but one that consistently shines through is the ability to pose meaningful—and sometimes deceptively simple—questions.

Here are six that apply to anyone hoping to hone his or her leadership acumen and impact.

Early in my career, I had the privilege of working with John Jay when he was creative director at Bloomingdale’s. As I walked by his office one day, he called me in to show me his logo designs for an upcoming promotion centered on the products and culture of Japan. I was 23 years old. He was an internationally recognized art director. Yet he asked me what I thought of his work. (It was brilliant, as always—merging both the historical legacy and modern design sense of Japan.) As a leader, Jay engaged me in both the commercial mission of the work and the importance of its artistic integrity. And as a result, I became invested in both values and bottom-line performance. I went on to become a creative director myself and I believe that Jay’s question was the first step on that journey.

Gary Loveman went from being an associate professor at Harvard Business School to become the CEO of Harrah’s Entertainment, a second-tier gaming company he transformed through data analytics. He brought business rigor to a sector otherwise run through gut feelings and glitter appeal. Harrah’s later bought Caesars Entertainment and became the largest gaming company in the world. Loveman’s question made clear his expectation that assumptions would be tested and decisions would be made based on evidence, not hunches. Of course, some decisions have to be made on intuition, but it’s critical that a leader knows when a course is being set based on validated information versus a hypothesis. I’ve heard analytics expert Tom Davenport quip that a good way to get fired at Caesars is to launch a test without a control group against which to compare results.

This is the first question my colleague Dr. Leonard Marcus asks when he encounters someone he has trained in the field. These are crisis leaders often in the throes of a high-stress, high-stakes situation. His straightforward query is intended to get right to the heart of the emotional and operational challenges at hand. It conveys his genuine interest in the person and is intended to stimulate a bit of introspection. As an open-ended question, it elicits responses minimally biased by the framing of the question itself. Active listening is critical to using this question: If you accept “fine” as an answer, you’ve missed the point.

Legendary New York mayor Ed Koch used this question to get direct feedback on his performance from people on the street or on the subway. It helped him compensate for his natural introversion and connect with ordinary New Yorkers (of which I was one at the time). One of the great secrets of introverted leaders is their ability to get others to talk; it takes the pressure off of them and often generates invaluable information. You can demonstrate genuine caring and concern, reassuring those who follow your that they are valued. Another great conversation bridge for introverted leaders is, “Tell me more about that.” But be sure to listen to the answers, not just use the question to fill a gap in the conversation.

5. What does this mean over the long term?

Organizations can become obsessed with short-term results. But Harvard Business School professor emeritus Michael Beer believes that the intense focus on quarterly results can impair an organization’s ability to create long-term value both for investors and society. By asking about a longer time horizon, you can encourage someone to contemplate issues and unintended consequences that could result from trying only to satisfy one group of limited horizon investors. This question injects a needed pause to help ensure that quarterly returns are in service to, not in conflict with, the quest for sustainable value creation. Beer is a founder of The Center for Higher Ambition Leadership (to which I provide some advisory services), a nonprofit dedicated to capturing and cultivating best practices of organizations that take the long view.

In the aftermath of the Boston Marathon bombings in 2013, my colleagues and I interviewed more than two dozen leaders, including Massachusetts Governor Deval Patrick. Although Patrick was the state’s senior executive, he never felt compelled to assert control of operational decisions because he trusted those in charge of the FBI, Massachusetts State Police, the Boston Police Department, and other agencies involved. Instead, he was able to probe to see how best he could support their efforts. He had the self-confidence to focus on the desired outcome, not the nitty-gritty details about which others had greater expertise. It was an example of restraint not often seen in politicians or CEOs.

Of course, asking questions like these six are only half the recipe. Effective leaders also know how to listen. Asking for feedback and then ignoring it is worse than not asking at all. Each of the question-and-answer exchanges above led to a meaningful engagement between a leader and a follower. It stimulated an exchange of information that was both rational and emotional. It benefited both parties.

Top leaders know that they don’t need to have all of the answers. What they need are a few good questions.

Be sure to listen to the answers, not just use the question to fill a gap in the conversation.

“Lead by Asking” by Eric McNulty reprinted with permission from the strategy+business website, published by PwC Strategy& LLC.  © 2014 PwC. All rights reserved. PwC refers to the PwC network and/or one or more of its member firms, each of which is a separate legal entity. Please see pwc.com/structure for further details.

Eric McNulty is director of research at the National Preparedness Leadership Initiative at Harvard. He writes frequently about leadership and resilience.