The Power of Asking Questions: 7 Ways Questions are More Powerful Than Answers 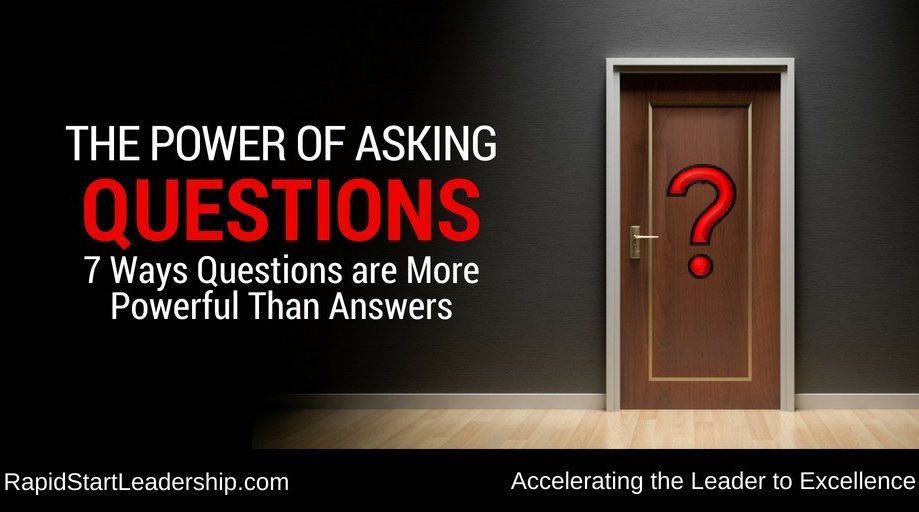 How can asking questions be more powerful than answering them?

In the effort to demonstrate our worthiness to lead, often we find ourselves in a hurry to provide answers.  People want guidance, direction, and need to understand priorities.

But if we’re playing the Shell Answer Man all day, we miss the opportunity to do something that can be more powerful as a leadership tool: asking questions. In fact, for leaders, I think there are at least seven ways that asking a good question can be better than giving a good answer.

It may seem like the best leaders are supposed to be the ones with all the answers.  But thinking like that may prevent us from asking the questions we should.  After all (we imagine), how good can a leader be who doesn’t have all the answers?

Sometimes we get so caught up in appearing smart that we become afraid to ask the question that will actually make us smart. – John Hawkins
Click To Tweet

I was in a meeting once where a mid-ranking person spoke up, saying, “I may be the ‘lowest common denominator’ in the room, but I have to ask this question…”

In setting aside any pretense of knowing, he got the answer to his question, and that made him smarter.  And in truth, many of us had the same question on our minds but were afraid to ask it.  In that moment, he was leading by asking that question.

In asking questions, we learn.

2. Asking Teaches Us About People

Even as they are answering our question, we are learning more about the person with whom we are talking:  how much do they really know?  How well they can express themselves? How do they feel about what they are doing?

As they respond, it can be instructive to think not only about their answer, but about how they answered, and how well.  In that sense, sometimes it can be revealing to occasionally ask questions that you already know the answer to.

The smart ones ask when they don’t know. And sometimes, when they do. – Malcolm Forbes
Click To Tweet

In asking questions we learn about others.

We are all hard wired to want to be able to answer questions.  So when you pose one, whether people answer it or not, their grey matter is likely mulling it over, and may continue to do so long after the conversation has ended.

When we can get multiple sets of brains working to find answers, the odds of coming up with good ones are far better than if you relied only on your own brain.

In asking questions, we engage the minds of others.

By asking for input from others, we are telling them that what they say is important to us.  By extension we are saying that they are important.

In group settings, some may struggle to get their voices heard.  When we pose a question directly to them and give them the floor to respond, we are demonstrating that every voice is important.

In asking questions, we are telling others that they matter.

When others ask, we tend to respond, but in that way, they are setting the topic of discussion and controlling the thinking. When we ask the questions, the opposite becomes true – they respond to us.

When we want to move attention and thought in one direction or another, a good question can be all it takes.

In asking questions, we guide the thinking.

By posing questions, we establish an environment where thinking about what is happening, looking for better ways to do things, and questioning “the way we’ve always done it” are OK.  And that’s a good place to be.

If we allow our team to slip into robotic group-think where nobody is willing to risk a question for fear of upsetting the apple cart, we’ve set the conditions for future failure.  A sure way to prevent this is to ask lots of questions and encourage others to ask questions too.

There’s a quote from a meeting headed by Alfred P. Sloan I found in the book Mindset that illustrates this nicely:

“Gentlemen, I take it we are all in complete agreement here…Then I propose we postpone further discussion of this matter until our next meeting to give ourselves time to develop disagreement and perhaps gain some understanding of what the decision is all about.”

In asking questions, we make it OK to ask questions.

In Turn the Ship Around, Captain David Marquet explains how he learned to stop giving orders aboard his submarine.  Instead, he asked his crew to announce their intentions to him.  In doing so, psychological ownership of a task shifted from him to them.  Instead of waiting for his orders, they had to think about what needed to be done.  Over time, this approach made them better leaders and teammates because it taught them to think on a higher level.

And as Michael Hyatt says, one of the best ways to mentor others is to ask good questions. We can give someone our best advice, but helpful insights will be much more powerful if our teammates come to important conclusions on their own, guided by the questions we ask.

In asking questions, we help others become better.

In the rush to answer questions, we risk missing the opportunity to ask them.  And in doing so, we may miss a chance to learn.

But beyond that we risk losing an opportunity to lead.

Curiosity – asking questions – isn’t just a way of understanding the world. It’s a way of changing it. – Brian Grazer, A Curious Mind
Click To Tweet

The next time we get with our teams, maybe our thinking shouldn’t focus on having the right answers, but on asking the right questions. 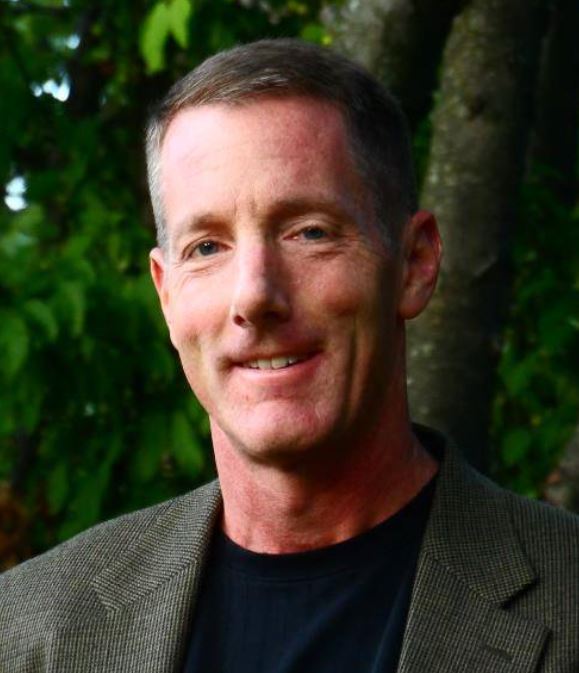 Ken Downer has been a leader in many capacities, from his 26 years in the Army to his 17 years in the Scouting program.  His passion is sharing what he has learned about leadership with other leaders, particularly the next generation.  You can connect with Ken on Twitter or LinkedIn or catch his weekly leadership insights at his web site, RapidStartLeadership.com