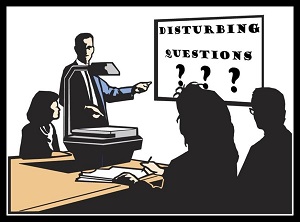 Dr. Mike Marquardt once cited “In every great question, there are seeds of brilliance”. I can’t agree more on this.   In the words of John  Kotter, “Leaders focus on getting the right questions and managers focus on finding solutions to those questions.”  In my two decades of interaction with people in my Organization Development (OD) consulting and facilitation works, I have realised three things that when we observe religiously, will create pathways for engaging people. I call it “Rules For Engaging People”.

Firstly, people generally do not want to be told about what to do especially when they have the know-how about it. Telling them could be disempowering and at times even insulting their intelligence.

I have also noted that people do not want to be sold whether in terms of ideas, services and products. The nature of human response to someone selling something to him or her is to defend and ward off. While I do see the need for selling to take place in the commercial world, I would suggest that we help or facilitate others to buy by asking questions about their needs rather than telling them about the features or even the benefits our ideas, services and products. Asking questions, especially quality questions engages people to think about their needs and when they respond to the appropriately-asked questions, they affirm themselves of the personal or professional needs to be satisfied.

How can we understand people to begin with?  Central to this understanding is to ask questions. The sincere act of asking people sends a strong signal to them that we want to understand their needs, opinions, perspectives, ideas and so on. It liberates them with space to find their voice and an audience who seeks to empathise and understand them. On this note, I am assuming that the questioner is skilled with the art of questioning which deserves a separate article space by itself.

As the title of this article suggests, “Asking disturbing questions to engage people and solicit a sense of urgency to act”. I would like to demonstrate this through the GROW model which you might already know. What I have added and enhanced to this model is the asking of “disturbing questions” to propel them to act with a great sense of urgency, that is lacking in the GROW model.

Response: I would like to see more team collaboration among the team members to produce innovate solutions for our clients

I would also like to see our getting in more sales with their key accounts as we are lagging behind our sales target currently?

Response: The is a lot of distrust among the members due to some incidents of misunderstanding and it has gotten worst over the last 3 months. Our people are not able to handle bigger accounts  besides having not shown interest in wanting to succeed. They lack the drive and will to thrive and appear to be de-motivated.

Response:  I could do a pep talk with our folks tomorrow. Additionally, I could put them through a team bonding workshop to iron out the issues and come out stronger as a charged up and united team with high ambition. I could personally coach them on the sales skills and track their sales numbers closely.

Response: I will send them for a team bonding workshop next month to resolve their team issue and start coaching them on some sales skills to help team rope in the bigger accounts, beginning from next week. I will personal monitor the sales numbers with them daily and help them resolve any issue they might face in the market place.

In this WILL part of the GROW model, it facilitates actions from the  one being asked. However, oftentimes, the actions might not be felt with a sense of urgency and hence people procrastinated their actions.  Asking Disturbing Questions helps others feel and see the sense of urgency to act. In Kotter’s 8 step of Change Process, the  creating “Sense Of Urgency” (SOU) as the first step to facilitate change is imperative. Without the SOU, things would go on as usual. I have experimented with asking Disturbing Questions as part of the GROW to diagnose needs many times over and found them really effective to bring out the needed sense of urgency to act! Try it and I’ll let be glad to hear your success or challenges encountered with it. 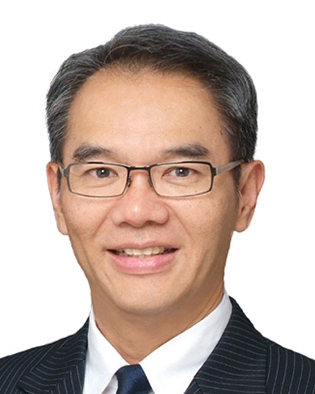 Dr. Peter Cheng is the co-founder PACE OD Consulting based in Singapore. He is the driving force behind PACE proprietary OD Frameworks and products that help organisations advance in their arenas. As a Certified Master and Executive Coach, he delivers The Leadership Challenge workshop, Leading with Questions workshop and Real Leaders Workshop, among other OD interventions. You can connect with Peter at petercheng@pace-od.com or visit pace-od.com