Always Wait for and Trust the Question 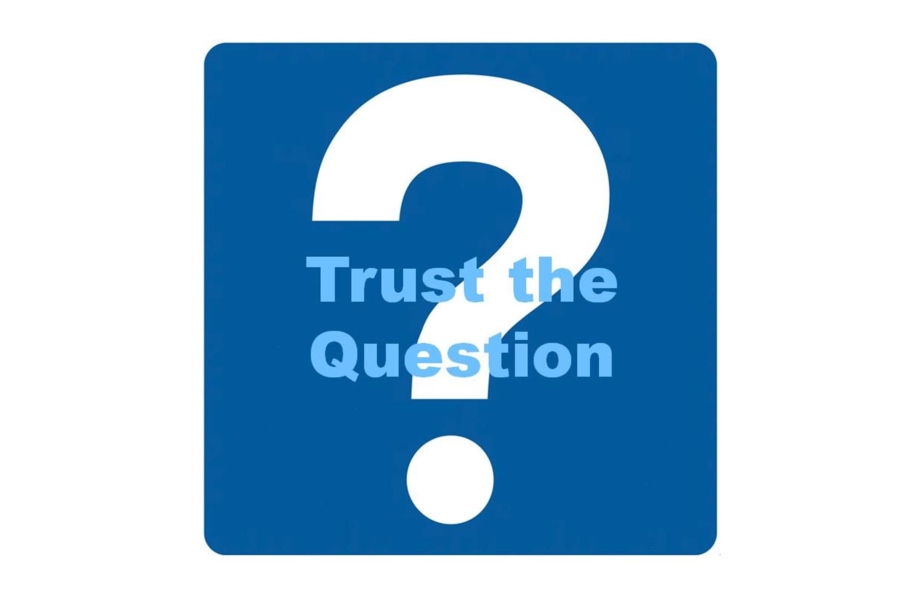 I’ve had many powerful question moments in my two decades of coaching leaders and facilitating conversations with their teams. If ever I learned to trust the power of a question it was a number of years ago when I had the privilege of facilitating a strategic conversation with a large global company. The then CEO of the organization wanted to hear the voices of people at all levels in the organization. He wanted to ask them what their views were on how the company was operating and where it should go in the future. (He was, in hindsight, already a question-style leader – a rare breed at that time).

So I found myself in a lovely retreat setting near Austin, Texas, with a group of around thirty people, ranging from long-serving senior managers to newly recruited technical specialists. My job was to get them into conversation with each other, asking questions from different perspectives and sharing ideas and possibilities for the future.

Of course, I did it with questions. Setting up question boards and standing back for the participants to get into conversation with each other and capture the ideas triggered by those questions.

So it was in Austin. About half-way through the second day, while everyone was actively conversing in groups around the room, my sponsor came up and asked me:

I lightly replied “I don’t know.” And trusting me, my sponsor walked away. He knew I hadn’t quite got the next question for the group to work with.

About ten minutes later, he came up and asked me again:

“Where will we go from here, Aileen?”

Again I replied: “I don’t know, yet.” Still trusting me, he simply said “OK.”

Another ten minutes or so passed. The groups were still in conversation around the room, though it was becoming clear the energy was dipping and they were likely almost finished their current thoughts.

So my sponsor tries again. “What do you think we should do next, Aileen?”

At this point it dawns on my sponsor that I truly don’t know what the next question or activity will be. And in a wee corner of my heart I’m starting to feel a flutter of panic as I too realize that I don’t yet have the next question to pose to the group. So I take a deep breathe and ask myself a question instead.

“The next step isn’t clear to me yet, so what is that telling me needs to happen?”

And in a flash it comes to me.

I don’t need to work it out. It’s not up to me to decide. I simply have to ask the group.

So, looking like the consummate facilitator, I cooly invite the group into a circle and I go round the circle asking each person, one at a time:

“What do you need next?”

And I listen. The group listens.

As I listen to each person, it becomes clear that there are three themes to what’s needed next and we move into groups to further converse and ask questions on each of those three themes.

I could never have know what the way forward was without asking the group.

I could have felt the pressure of being the facilitator who was supposed to have the answer. Who had the experience and the perception to think she knew what would work next. I didn’t. That’s not my way.

My way is always to turn to a question to unlock what’s needed.

I am in no doubt at all that the answer needed to come from the group. It inspired ownership and engagement in them individually and collectively. I wonder what would have happened to all their brilliant ideas and to their voices if, in that moment, I had tried to control where the session should go. If I had felt the need to have the answer. I might have felt better being in charge and making that decision (as many a leader or facilitator might feel pressured to do). I might have looked better, momentarily, to my sponsor.

Yet I can honestly say that I felt ever greater fulfillment and joy in seeing the group step up and take charge of what they needed next. A few logistical tweaks and off they went into the next layer of conversation from which, in this case, emerged an amazing vision board for where the company might head in the future.

All ready for presentation to the CEO.

That one question “What do you need next” was enough to inspire the group, hearts and minds, to know that their contribution was valued, invited and important. It let them be the leaders of the conversation.

And the facilitator? Well yes, there was a rather nice spa at that particular location … 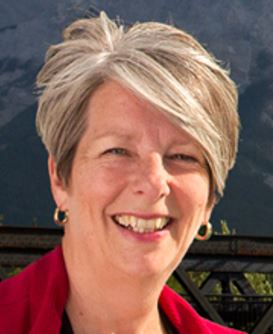 Aileen Gibb is a master coach and conversationalist, who works with mission-driven leaders and their teams around the globe, inspiring conversation cultures in organizations large and small. Her forthcoming book, Asking Great Questions: an Essential Companion for Every Leader, contains over 1500 questions and provocative statements to kick-start difference-making conversations with individuals, with teams and as a powerful self-reflection tool for leaders. Once a year she invites a diverse group of leaders into a week-long intensive to practice the arts of listening, questioning and conversation as a leadership edge. Send her an email to join her next sabbatical-like, life enhancing week @ aileengibb@icloud.com or connect with her on her website:  aileengibb.com