ALWAYS ASK FOR THE PRICE YOU DESERVE 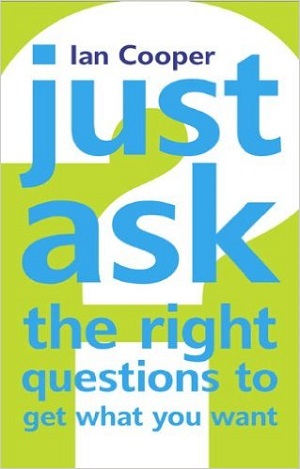 Sometime ago I took a phone call from an organisation that was having what seemed to be an unusual problem.

“Can you help us?” they asked. “We want you to help us reduce the amount of business we are getting.”

A strange request for someone who usually helps people get more business! Rather curious, I went to see them and they told me …

“we are just inundated with work but we don’t seem to be making any real money.”

The real problem was that they were simply too cheap. They were attracting volume business on the back of their low prices. They were afraid to put their prices up and ask existing clients and customers for more, on the grounds that “we might lose our client base,” they told me.

After a great deal of discussion about the nature of their business, I persuaded them to ask for more and increase their prices by 30%. Having asked for more in the appropriate way, guess what happened … over 90% of their clients stayed loyal and agreed to pay their higher fees!

The business world is littered with organisations that have consistently underachieved because of their fear of asking for higher prices. As a consequence they have charged at the very lowest level and attracted volumes of low profitability business.

To what extent do you fall into this ‘price trap’? Here are a few questions to address:

• When was the last time you reviewed your fees and prices?

• How much of your customer base would you lose if you did?

• Would you be better or worse off?

Another key question to ask yourself is:

• What exactly are you selling?

Let me explain what I mean. It is just possible that what you perceive you are ‘selling’ is not the same as what the other party perceives it is buying! 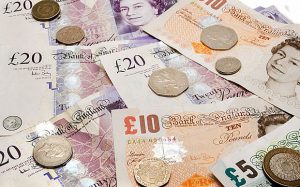 A year or so ago I was chatting with a lawyer about his fees. He told me that for preparing a particular type of document for clients he doesn’t like to charge more than £25.

“I would feel guilty charging more than that, as it is a simple form to fill in that only takes me about 10 minutes”, he explained.

This seemed very laudable, but when you consider it from a business angle and that the national average for this kind of document is £75, it’s clear that he was not doing himself any favours.

The lawyer perceived he was selling his time, but the client’s perception was that he was getting a document that would give him peace of mind for years to come. Although it might only take the lawyer 10 minutes to draft the form, in reality it had taken him years of ‘know-how’, experience and judgement to be in a position to recommend this legal device as the solution to the client’s problem. This certainly had a greater value to the client than the £25 charged!

Here’s an old joke to remind you of the message here:

A man was driving home one night in a hurry to get out again to another engagement. On his way home his car broke down. He stopped to open the bonnet in the hope that the problem might be obvious to someone of his limited mechanical ‘know-how’. As luck would have it, a car mechanic was passing by on his way home and stopped to offer assistance.

“If I can get it going for you, are you happy to pay a small fee”, asked the mechanic.

“That would be great”, said the man.

Having looked at the engine for a whole 10 seconds, the mechanic said “no problem … close the bonnet and get in the car”.

He then stood over the closed bonnet for a further 10 seconds and then banged once gently on it with his hand. “That should do it”, he proudly announced.

In amazement the man tried the engine and at once it fired into life.

“£25 for one little bang on the bonnet”, said our ungrateful driver.

“No” said the mechanic, “you misunderstand … for the bang on the bonnet I only charged you £1 … for KNOWING where to bang, I charged you the other £24”.

Never forget this. There will be many situations where you know where to bang! Always ask for the price that you deserve! 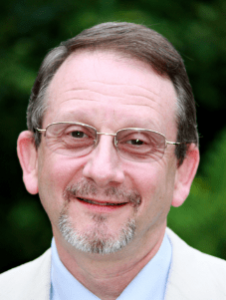 Professor Ian Cooper has been described as a ‘serial achiever’, London based, he is an international author of 15 books with in 55 countries and 13 languages, including the successful and influential ‘Financial Times Guide To Business Development’, recently shortlisted for the best management / business book of the year award. In addition to advising hundreds of businesses and organizations of all sizes for over 30 years, Ian is also a successful entrepreneur who has created and run a number of successful businesses. With approximately 1000 professional speaking engagements Ian has inspired thousands of businesses and individuals with his light and engaging style to improve their own performance, get better

The Five Engagement Questions You Must Ask Your Young Professionals

Guest Post by Nathan Magnuson for his Stand Out! book launch. Republished with Permission. What’s the...

3 Questions to get into a Gospel Conversation

The Most Important Question You Aren’t Asking Your Donors

Guest Post by Joe Garecht Most non-profits know that great donor cultivation is the key to long-term donor...

How Can You Coach Others More Effectively?

Excerpted from Chapter 13 of “Now That’s a Great Question.” Click HERE to listen to Chapter...

The Map on the Wall

Guest Post by Commander Jack Curtis Whenever I write, I try hard to avoid expressing political or partisan...