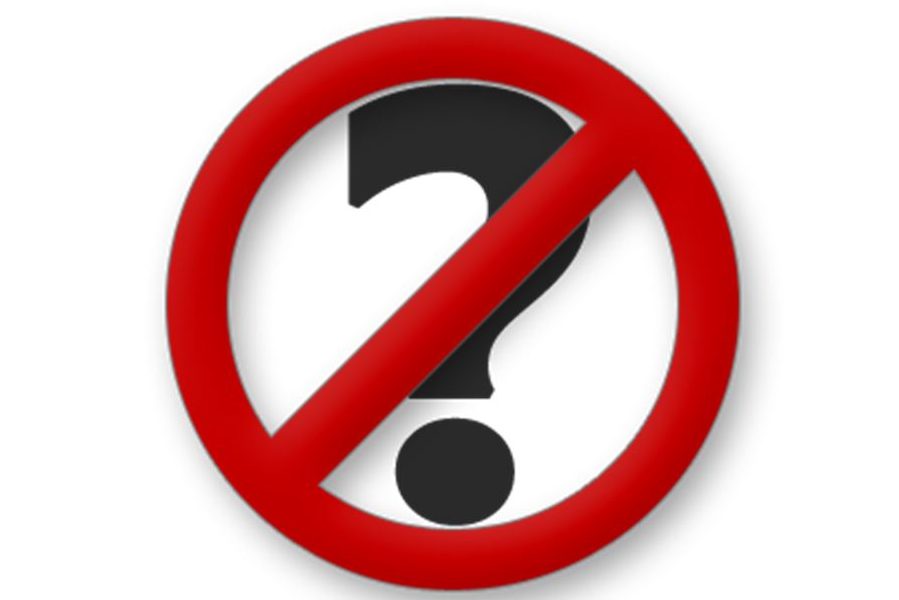 There was one assertion, however, that had me shaking my fist at the sky: “Most people just don’t understand how beneficial good questioning can be. If they did, they would end far fewer sentences with a period — and more with a question mark.” To me, that’s a little along the lines of asserting: “Most people don’t understand how beneficial exercising regularly can be.”

THE REAL BARRIERS TO ASKING QUESTIONS

You won’t be surprised at all to know that we at Box of Crayons are fierce believers in the power of questions. We believe that coaching is the fundamental leadership behaviour, and we’re a champion for coaching as a force for leadership development and culture change. What do we mean by “coaching”? Staying curious a little longer, rushing to action and advice-giving a little more slowly. And questions are the sine qua non of curiosity.

So why don’t people ask good questions? It’s really not that it hasn’t occurred to them to do so, or that they don’t understand the benefits. Rather, people have spent a lifetime being rewarded for not asking questions, and for instead focusing on having the answers. At all levels of school, it’s all about getting the A. In your first years of your career, it’s about building up the knowledge to become a SME and knowing your stuff. Then, once you gain seniority in an organization, well, now you’re really expected to know your stuff — how else could you hold that particular rank? This deeply ingrained habit to respond to situations with advice, solutions and suggestions is driven by what we call the advice monster. And you don’t just have one. You have three.

This is the first and most obvious advice monster. The belief that the only way you “add value” is to have the answer to every and all questions asked of you. It sounds absurd as soon as one writes it down like that. It is, of course, impossible to know answers to most of what’s going on. And, in fact, to tweak a Richard Feynman quote, in many cases, if you think you have the answer, you simply haven’t understood the question. The truth is that your advice is often not nearly as good as you think it is.

This is not to say never give the answer, never provide advice. That also would be absurd. It’s why our definition of coaching is, in part, “rushing to action and advice-giving a little more slowly.” The discipline of asking two or three questions before you leap to advice-giving will be a life-changing act of leadership (for both you and for the other person).

Turns out, you don’t always have to have the answer.

This is a more slippery advice monster than the first, not least because it comes from a so-called good place. You’re just trying to help the person. You’re just trying to help them succeed, to keep them safe, to protect them. It’s the equivalent of the helicopter parent whose hovering over their child keeps the child well swaddled but diminishes their confidence, their competence and, in the end, their resilience.

This is not to say throw your people to the wolves. Part of your job, absolutely, is to have their backs. But that doesn’t mean you don’t let them struggle a little, work hard to figure things out, stretch and grow.

Turns out, people are usually pretty good at (and often prefer) saving themselves.

3. “YOU HAVE TO MAINTAIN CONTROL”

The final advice monster, the most subtle and elusive of them all, is the one about staying in control. When you’re giving an answer, it comes from a place of control. Not only are you “adding value,” not only are you “saving them,” you’re also driving the conversation forward. You’re defining the terms. You know what it’s about. You know how it’s going to end.

This is not to say you give up all control and just hope that favourable winds from the Universe will blow you and your team in the right direction. But the act of empowerment involves — and this is where it gets hard — your surrendering power and control to the other person.

Turns out, the more control you hold on to, the less empowered and engaged and autonomous and self-sufficient those around you will be.

THE REAL SURPRISING TRUTH ABOUT QUESTIONS

What’s most surprising about questions isn’t, as the HBR authors assert, that people haven’t realized how powerful they can be. We know, in theory, that questions, curiosity and coaching are powerful leadership behaviours. What’s most surprising are the subtle ways we resist asking questions. It’s not about selling the benefits of questions. It’s about learning to tame your advice monsters to allow the questioning to happen.

Michael Bungay Stanier is the Founder and CEO of Box of Crayons, a company that helps organizations do less good work and more great work.  He’s the author of several books, including The Coaching Habit and Do More Great Work. Michael has written for or been featured in numerous publications including Business Insider, Fast Company, Forbes, The Globe & Mail and The Huffington Post.

Failure Is Not an Option