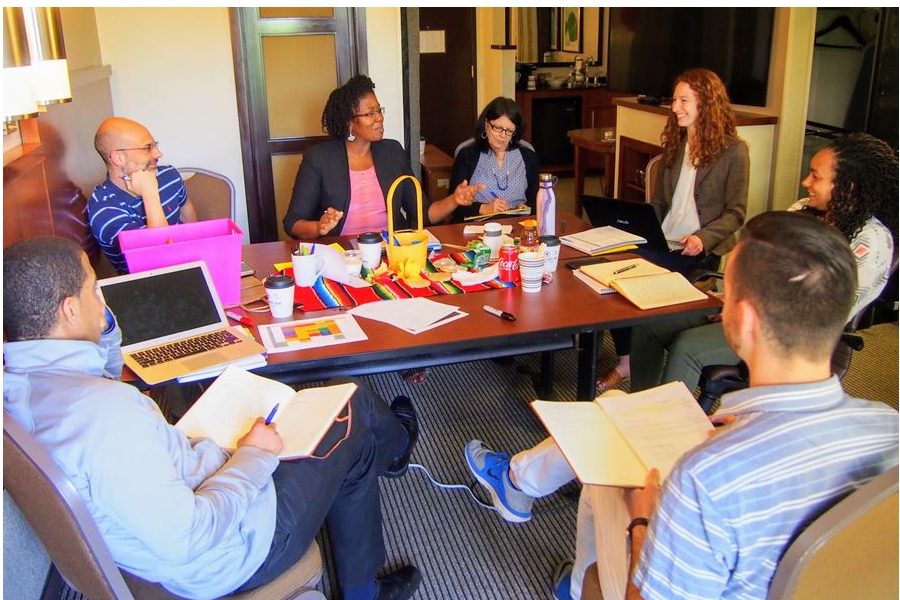 In the first article in this series, you were confronted with five questions to ask both yourself and your team, that if answered incorrectly threatened the future of your company.

Of course, getting them right doesn’t guarantee success. Nothing does. But getting them wrong certainly would make it more likely that you wouldn’t survive.

That’s because you tend to think of the status quo as something that’s true of everyone else. As long as you and your team think that, then you/your team won’t be in the frame of mind that is necessary to get good answers to these or any of the other questions in this series. So, with that in mind, let’s consider the first one.

Question 1 – What would I/we do if no one was looking?

The idea here is that you don’t need to impress anyone. Some people might be tempted to say that if no one noticed, then they’d be on the golf course every day or at the local spa. It’s been known to happen. That’s to deliberately misunderstand the question.

The question isn’t, “What would you do if what you did didn’t matter?”

Instead, it’s “What would you do if no one was looking; no one was checking on you to make sure that you did what you should?”

The implication is that there might be things that you’re doing because someone is looking; and that’s the wrong reason. You should only be doing those things that matter, and it doesn’t matter if they make you look good or not. That’s not the criterion.

Question 2 – How is our product used in ways for which it was never designed?

Probably the best example of this – certainly one of the best known – occurred 50 years ago. The makers of Preparation-H, a hemorrhoidal cream, discovered that people were using it to reduce the wrinkles on their face.

(We’ll leave this to your imagination.)

The question that they should have asked is, “What other product could we make that would deliver those results?”

You see, when customers use your product for something other than what you designed it for, it’s an indication that there’s a gap in the market. Not only that, but it tells you that customers expect you to fill that gap.

Whether you realise it or not, your customers define your market. You may start out to sell X, but if enough people buy Y instead, then you’ll become a seller of Y. That’s what entrepreneurs do. They fill market needs. And so, when you see this happen, you mustn’t attempt to correct your customers.

On the contrary, you must to find out what need they have that you’re not filling and then create a better product specifically for it. If you don’t, then someone who also sees them incorrectly using your product will create one that’s fit for purpose and steal your customers.

Where have we seen this before? Everywhere!

Anytime industries have tried to dictate the choices to customers, entrepreneurs have created other alternatives. Burger King even made it its motto: “Have it YOUR way”.

Ever noticed how complicated automotive manufacturers have made it to obtain spare parts?

It seems that the most basic things, such as the correct windscreen wipers, are tied to features such as the size of the engine or the type of fuel that it uses. Of course, dealers love this.

Who has disrupted this industry?

Third-party manufacturers who make parts with a variety of small attachments that are included in the box so that none of that matters. Mass production of one type means lower prices to the customers for what is essentially the same product. Consumers are beginning to realise that “genuine parts” means nothing more than a higher price.

In what way are customers struggling to make your products relevant to their needs?

Question 3 – Why would anyone recommend our company to a friend?

“Why” questions are the most powerful of them all. When you see them, you should give them a deeper level of consideration.

Some even ask you to elaborate as to why this rating was given. When people leave a reason, then it should give the people who read it some understanding of what they’re doing right.

There’s no way to be sure, however. The comment field is probably set up to expect a minimum number of characters, and once they’re reached, the form can be submitted. The comment doesn’t have to be meaningful.

So how else could you find out? You might suggest some reasons. There are surveys that do this, too. Usually, the choices are things that the company hopes are the reasons and they’re listed in the order of popularity.

Such statements only have meaning, however, if they’ve been obtained from a random sample of customers; and those who fill out surveys have self-selected, and therefore aren’t random.

One way to do it is to use a random number table to choose customers to contact. You have to be careful that you don’t bias their replies by what you say or do.

For example, focus groups can be an effective way to get people to talk about issues; but if you want their objective opinions, you have to make sure that things like the catering don’t cause them to give you feedback that is more positive or negative that it might have been if it had been handled in another way.

Ultimately, the reason that anyone would recommend your company to a friend is that your product, with the minimum effort and lowest cost fully solved their problem. You have to start with the immediate customer. If you try to think about the friends of your customers first, then you won’t grasp what’s really important.

You’ll get the cart before the horse.

Years ago, there was a television programme called Back to the Floor. In each episode, someone senior in the company, sometimes the MD (Managing Director), would spend a week working with employees who were “at the coal-face” (doing work involved in a job in real working conditions, rather than just planning or talking about it.)

You could use the same principal here. To the extent possible, however, you’d want to keep your role in the company to yourself.

You see, if people know that you’re the top dog, then they’ll treat you differently, and you’ll never learn anything. In other words, the position that you hold will make your job easier.

If customers think that they’re working with a peer of someone in a particular team or department, then you’re more likely to learn about the issues that people in your company have to face every day.

Now, of course, this won’t always be possible. What do you do then?

One thing you could do would be to make it clear to your customer that you weren’t seeing them in the capacity of the MD or director. That’s not to say that you wouldn’t use your knowledge. Of course, you would.

What it does mean is that you wouldn’t use your authority unless you had to. In other words, you want to see what obstacles you might encounter in serving customers without it. When you have that information, then you’re in a position to make meaningful changes that will benefit everyone.

Question 5 – What should our company stop doing?

It’s easy to get into a rut. One entrepreneur described a rut as “a coffin with the ends kicked out”.

What coffins does your company frequent?

What do you do because that’s the way you’ve always done it?

What do you do because it’s comfortable; because you don’t have to think about it?

The truth of the matter is that anything you do because you’ve always done it that way is probably holding you back. It’s costs you more money to do it that way. It takes longer than it would if you did it another way. It requires more people or more materials to make.

And anything that you think “ain’t broke” broke a long time ago. You’ve just adjusted the way you work around it so that it looks normal.

Have you heard the story about why elephants won’t try to pull out the little stake, the one to which the rope that’s around their necks is attached?

It’s because when they were little they couldn’t pull it out, and they’ve learned that it’s not worth trying. To them, that stake could be 10 meters long. And so they stand there.

Of course, all they’d have to do is back up enough to tighten the rope, and it would come out easily. But they don’t know that. In fact, “they know” it won’t come out…

What assumption do you need to test? What do you believe you have under control, and that will never change?

Five questions that invite you to think about what you ought to be doing or not doing, what unfilled gaps there were in your market, what customers saw in you that set you apart from the rest, and how well you really knew your clients.

One last question: What will you do next? 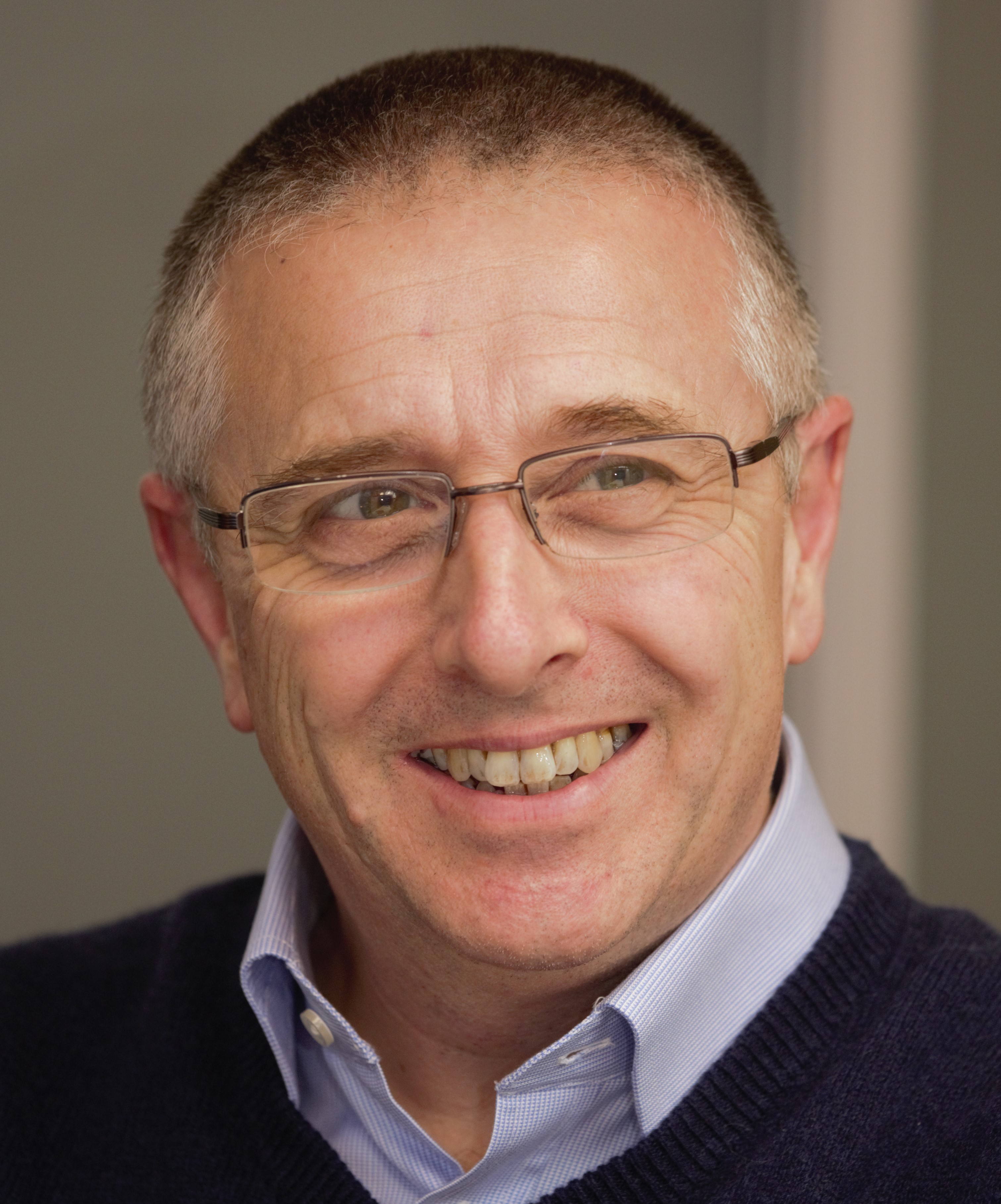 Bob Hayward is a business growth consultant, author, trainer and keynote speaker. Clients from FTSE 100 Global Organisations to UK based Owner-Managed businesses recognise and applaud his contribution. In September 2018 he released “Persuade: How to Persuade Anyone About Anything” which reached Amazon’s Top Seller List in less than 24 hours.  You can connect with Bob on LinkedIn or @ BeMoreEffective.com