You Say You’re a Good Listener… Let Me Prove You Wrong! 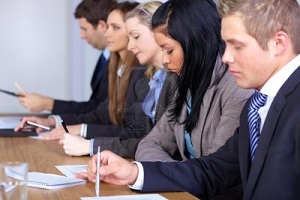 The year was getting close to an end, and I was wrapping up my activities at work. It was a late afternoon and I was a little uneasy before I walked into the conference room. One of my direct reports had just begun a meeting with her team. The purpose of the meeting was intended as a feedback session. An opportunity for the group to offer their opinions of the company, the leadership team, and the overall work environment. This same group had previously completed an anonymous survey detailing some of these characteristics. The results were less than stellar.

I was particularly interested in this meeting. I wanted to understand why this team felt so little had been done for them. I wanted to get a better handle on why this group of people felt so disengaged. I should point out that some of the other teams that work in my section turned up much higher results in the survey. It was this specific group that had me somewhat puzzled, and I’ll admit, a little annoyed.

For the first ten minutes or so I remained silent. I occupied a corner of the room, and reverted to taking notes of what was being said. The team members spoke up. One at a time they took turns complaining about the same issues. What was being said was no news to me, I knew it all too well. The company had been going through a temporary, although steady, decline in production due to various external factors. People were upset with the situation and how it had affected their livelihoods. They had every right and every reason to be upset. Many people went through a complete restructuring of their lives. That evening however, I was not listening.

My silence was short lived. Without exactly planning to, I took over the meeting and addressed the group. I began talking about my own career; with its ups and downs. I spoke about how I had experienced (what I thought to be) more genuine hardship. I told them how each one of us was responsible for our own choices and that we all had the opportunity to seek employment elsewhere if we thought things were not going well here. I also told the team that we wanted to improve the workplace, that we had every intention of making our workplace the best it could be. And I added that it was up to them to create this work environment. In closing, I told my team that there were many great people that had been unfortunately laid off. People who would come back in a heartbeat, with gratitude in their hearts, were they offered the opportunity. In short, I told my team they had a decision to make… to either wise up, or leave.

Needless to say, the room was dead silent when I got through talking. I felt awkwardly proud of my speech. In my view, it was something that had to be said, something that the team would not expect. In my mind, it had been a courageous conversation, or so I thought.

A few minutes later the room was empty. Everyone had gone back to their jobs and I was left alone with my direct report. I selfishly asked her what she had thought of my “brilliant” speech. She replied, “well I think they got the message, although I don’t think they took it too well.” Bless her heart. I have never had such a genuine and sincere subordinate. Any other person would probably have replied “it was splendid!”, or “very well said boss, just what I was thinking”. But not her. She actually spoke the truth. I am very thankful for having such an honest person leading the team. The fact of the matter is, I acted like a complete jerk. Oh, the lessons life teaches us…

It was I who wised up following this disastrous talk. Word quickly got to me that the team was in an uproar. My conversation had left them not only disengaged, but insulted and enraged. A day after that meeting, I was able to view things differently. I was calm and poised. It was time to make amends. I took it upon myself that day to speak to each of the employees individually. I apologized for my outlandish remarks and took the time to truly listen to their concerns. This second act brought the team closer. It certainly brought me closer to the team. I quicky realized that for all my “listening abilities”, I truly did not know how to listen. That’s where Dr. Mark Goulston comes in.

In his book “Just Listen: Discover the Secret to Getting Through to Absolutely Anyone”, Dr. Goulston lays the foundation for true listening. He goes on to explain that Mirror Neurons are the cause for people reaching out to each other, or not. In order for listening to occur, one must mirror the other person’s feelings and emotions, regardless of our own reality. The concept is not as straightforward as it seems. A psychiatrist, Dr. Goulston relates the story of Jack, a highly intelligent and paranoid patient of his. An excerpt from his book helps explain this concept:

– Before we start talking, Jack said right off the bat, “I need to tell you that the people living above me keep making noise all night long and it’s driving me crazy.” He said this with a wry grin that seemed odd at the time. “That must be exasperating to you,” I responded empathetically. Smiling mischievously as if he’d caught me in a trap, Jack added: “Oh, I neglected to tell you that I live on the top floor of my apartment building and there’s no access to the roof.” Then he looked at me with a smirk reminiscent of a comic looking to get a rise out of an audience. I said, “Tell me more,” and he continued to explain his paranoid delusion in more delusional detail.

I thought to myself: “Hmm. I could say ‘so what?’ and trigger a confrontation. I could repeat ‘tell me more,’ and have him go into even detail about his paranoid delusion. I could say ‘I’m sure that the sound appears quite real to you, but a part of you knows it isn’t’ . . . but that’s probably what the other four psychiatrists said.” Then I asked myself, “What’s more important to me? To be a calm, objective professional giving him yet another of the reality checks that he’s already received from my profession? Or to try to help him, even if it means letting go of reality?” I decided on the latter. And with that conclusion, I let go of what I knew to be the objective truth, stepped completely into what he believed to be the truth and said with full sincerity: “Jack, I believe you.” With that, he looked at me and paused for a moment. Then, startling me, he started crying…

…Then he looked at me again, seeming ten pounds lighter as if he’d just relieved himself of a tremendous burden, and offered me a wide, knowing grin, “It does sound crazy, doesn’t it?” We smiled together at the insight he’d just gained, and he took his first step toward getting better. –

Armed with this knowledge. I confronted not one, but two very emotional situations at work this week. One of which was only a fraction from becoming a brawl between two people. On both occasions, I gave my undivided attention to the troubled individuals and listened to them with all the techniques I had recently acquired. I was marveled! The first encounter took about 30 minutes, during which I spoke less than 2 minutes. I braced myself and allowed the individual to not only vent, but allowed myself to mirror his emotions, feelings, and thoughts. As for the second situation, when I was made aware of the dispute, the two individuals involved had been separated for fear they might have turned violent. I met with both in a separate manner. It was with the second individual with whom I had an opportunity to truly see the power of listening and mirroring. The conversation lasted almost a full hour. During the entire time, the only words that came out of my mouth were, “tell me more”, “uh hum”, “how do you feel?”, “what do you want to do?”, and “I believe you”. I also repeated statements he had made to make him aware I was listening attentively, and to mirror my own neurological responses to his.

I’ll admit that it took a great deal of self restrain not to interject and offer the solution. In reality, all that was needed was for someone to listen to what this person had to say. To allow the individual to calm himself so that the rational area of the brain could take over again. Until then, he was acting on impulse alone. And the only way to allow the rational human brain to regain power is to dissipate the immediate threat. And in order to achieve this, one’s mind, emotions, and feelings must be mirrored.

I have achieved a new respect for this ability. It was truly amazing to witness every step of the process. It felt almost as a scientific analysis. I could clearly understand each sequence of events, and every change in the individual’s brain as reason took over again.

Listening is hard. And it takes not only intention, but knowledge, and willpower, and experience… and we can all benefit from it. 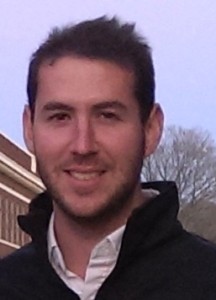 Antonio Varela is a Logistics Manager for the Hauling and Extraction division of Caterpillar Inc. Throughout his career he has had the opportunity to visit several facilities accross North America, Latin America, and Europe. What has struck him the most is the way people from diverse backgrounds interact together. That in turn, prompted him to begin writing.  He blogs at:  The Apex

One thought on “You Say You’re a Good Listener… Let Me Prove You Wrong!”