Why Leaders Need Feedback Too 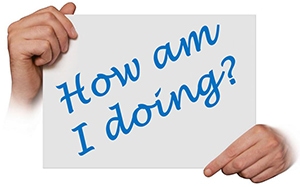 Being able to ask for honest feedback is one of the hallmarks of a great leader!

No matter how well senior executives are performing at work, they unconsciously tend to fear feedback, and can often avoid, delay or dread their annual performance review. While many are trained in the art of giving feedback to their teams, how do they cope when the tables are turned on them?

Receiving feedback and acting upon it is a vital ingredient in the development of leaders in business today. It is difficult for people to ask to be criticized and judged, but the benefits are enormous. A recent study from leadership development firm, Zenger Folkman,  found that leaders who ask for feedback are substantially more effective than leaders who don’t. Leaders who ranked in the bottom 10 per cent in asking for feedback were rated at the 15th percentile in leadership effectiveness. Conversely, those in the top 10% of asking for feedback from their employees, were ranked in the 86th percentile in overall leadership ability.

Asking for feedback can give leaders insight into their blind spots, ensuring greater self-awareness and a deeper understanding of how they need to improve their performance. However, it seems that few people really know how to react to the feedback they are given. The reasons for this are often down to fear of not being good enough or having low self-confidence. If someone has gone for a big promotion only to be rejected, do they really want to know why they didn’t get the job?

However, if executives find out where they went wrong, it stands to reason that they can use the information to could do better next time. The more senior a person is, the more important it is for them to ask for feedback, because people don’t tend to offer it to them freely. Senior executives need to ask the person providing the feedback what they could have done differently, demonstrating they are not only confident and open, but most importantly, willing to learn from their experiences.

It is important for business leaders to be ‘curious’ about the feedback and not take it too personally or be defensive about it. By being curious and wondering about how others perceive them is a good way to learn – even if it doesn’t resonate with their own views.  They could always validate the feedback by asking for second opinions from other people which will help clarity if the feedback is a universal perspective or the opinion of an individual.

People often dismiss feedback because they don’t respect the person saying it, don’t like what they hear or it’s not in line with the view they have of themselves. However, being open to feedback, whether it is positive or negative, will enable a person to improve their self-awareness and adjust their behavior accordingly.

A good example is one particular client of mine who was told she needed a new haircut. She was understandably upset that her hairstyle could affect her chances of promotion. Initially she was angry, and refused to believe her haircut had anything to do with her performance. She felt she had hit the glass ceiling. She reflected on the feedback and realised that she probably wasn’t behaving with confidence which made her be perceived as young. The intention of the feedback was to be helpful, they wanted her to look older and with more impact. They probably didn’t realize her lack of confidence was showing through as “youth”. Although she did not do anything about her hair or looks, she decided to behave in a more serious manner and with more confidence. Sometimes it’s important to look beyond the comment, and understand the overall message.

Often people don’t like giving feedback because they fear they may hurt or upset the person receiving it. In anonymous written feedback, people tend to be more honest as they are further removed from the situation. Similarly, if people request written feedback they will have more time to consider what questions to ask. Face-to-face it may be more difficult to be “curious” without being defensive; however, it gives the opportunity to ask qualifying or clarifying questions straightaway.

One way leaders can maximise the potential of face to face feedback is to give the person conducting the review the questions in advance to give them time to think them over properly. The questions should not be vague but targeted at relevant areas such as, ‘What’s one thing I can do to improve X?’

It is worth bearing in mind that asking for feedback is only useful if the executive plans to take action to work on any areas for improvement highlighted.

Adobe, a company of 11,000 employees, believes so strongly in the importance of feedback that it has replaced its traditional performance management system with a new simple but effective process. Either an employee or a manager may request a “check in” every three months. Before the meeting occurs a group of employees provides feedback on the employee’s performance.

The results form the basis of a conversation about performance improvement and the goal is to make coaching and developing a continuous, collaborative process between managers and employees. Since rolling out the new approach worldwide Adobe has experienced a 30 per cent reduction in people leaving of their own accord.

Being able to ask for honest feedback is one of the hallmarks of a great leader. Whether choosing to adopt an official ‘check in’ system like Adobe’s or taking a more ad hoc approach, feedback is an important tool in enabling leaders to be successful in their roles. 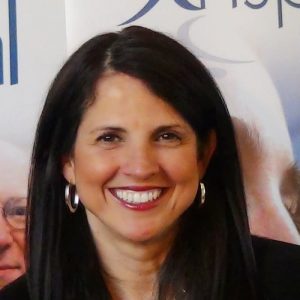 Marielena Sabatieris CEO of Inspiring Potential.  She is an experienced Executive Coach and trainer whose primary focus is leadership development and interpersonal communication skills.  She had over 13 years experience of working in blue chip organizations before becoming an executive coach in 2003.  She has held global and regional roles and worked in the USA , and Europe , and understands first-hand the cultural differences that global companies face today.  Click “Here” to see Marielena’s blog.