Most leaders share a desire to make an impact. Steve Jobs famously said, “I want to put a dent in the universe” (Isaacson’s biography). Impact is a powerful motivator: We are motivated into action by thinking about the impact we want to have.

I have a question to help you harness that motivation to make changes that have been eluding you and get to a point of resolve on decisions you have been postponing. But it is probably not the question you would expect.

As a leadership coach, I ask questions to learn what problems and obstacles leaders perceive in their organizations. Inevitably, they let out a deep sigh before answering. The sigh is a powerful indicator that they do not see the problem changing or going away. It could be a sigh of frustration (indicating that they have worked hard to make a change but have been blocked). More often it is a sigh of resignation (indicating that they no longer hope for or expect change). In either case, the sigh is a sign of being stuck—there is no motivation left.

This is a good time to ask the impact question. The impact question is not, “What kind of impact do you want to have.” People who have lost hope and motivation are often not willing to respond to a positive prompt. Because they have been disillusioned, they are unwilling to expend energy to imagine a positive future or outcome in that situation.

Instead, the impact question takes us further into the problem so that we can see what it is really costing.

How is this impacting other people?

When I ask this question, here are the responses I normally get. Eyes widen (with realization). Heads shake (trying to negate how bad it is). Lips verbalize (“Oh, ____!”) The impact question forces us to examine the real impact of the situation. And with that realization come access to new motivational energy and resolve.

It doesn’t matter what the situation is. It could be a problem employee. A stubborn conflict. A financial impasse. A missed goal or deadline. A troubling personal behavior. A procrastinated decision. The impact question blows away fog and shows us the hidden costs of tolerating the situation rather than acting to address it.

Here’s how you could use the impact question:

Consider how the impact question would relate to a change in your health choices (an area where most of us have gotten stuck). Ask yourself: How is my lack of portion control affecting my spouse/children/friends? The impact could be things like setting a negative example to children  or  being to tired for an evening out  or  not feeling up to vigorous play  or  not being around for significant life events.

I’ve seen executives step back up to the plate to deal with tough issues in themselves and in their companies because of the impact question.

Where do you intend to use the impact question? 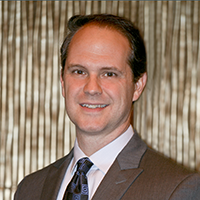 Dr. Phillip Shero is the President of MasterMinds Leadership, based in Fort Worth, TX. He holds
the Doctor of Philosophy in Organizational Leadership degree from Regent University. Phillip
honed his unique leadership development approach in Africa, where he co-founded and served as
the first president of LivingStone International University. Phillip coaches senior executives and
their teams to achieve uncommon results by bridging gaps from leaders to managers, intention to
execution, and inspiration to performance.  You can connect with Phillip:
☎ Call/Text 817-726-2000
✉ Dr.Shero@MasterMindsLeadership.com

2 thoughts on “The Impact Question”