Smart leadership: The Power of Questions – A (Japanese) Story

“You can eat an apple,” I said, and gave him the green fruit.

It was as if he had seen an apple for the first time. First he just held it there and smelled it, but then he took a little bite. 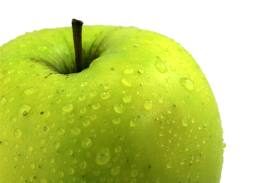 “Mmmm,” he said and took a bigger bite.

He bowed deeply. I wanted to know how an apple tastes the very first time you taste it, so I asked again, “How did it taste?”

He bowed and bowed.

Mika bowed again. It made me feel so confused, that I hurried to ask the question again.

Now it was him who became confused. I think he did not know if he should bow again or just answer. “Where I come from we always bow, when someone asks an interesting question,” he explained, “and the deeper the question, the deeper we bow.”

That was the strangest thing I had heard in a long time. I could not understand that a question was something to bow for. “What do you do when you greet each other?”

“We always try to find something wise to ask,” he said.

First he bowed quickly, because I had asked another question and then he
said, “We try to ask a wise question to get the other person to bow.”

I was so impressed by the answer that I bowed as deeply as I could. When I
looked up Mika had put his finger in his mouth. After a long time he took it out.

“Why did you bow?” he asked and looked insulted.

“Because you answered my question so wisely,” I said.

Now he said very loudly and clearly something that has followed me in my
life ever since. “An answer is nothing to bow for. Even if an answer can sound ever so right, still you should not bow to it.”

I nodded briefly. But I regretted it at once, because now Mika may think that I bowed to the answer he had just given.

“The one who bows shows respect,” Mika continued, “You should never show
respect for an answer.”

“An answer is always the part of the road that is behind you. Only questions point to the future.”

Those words were so wise, I thought, that I had to press my hands against
my chin not to bow again

Go on, take another few minutes to read this story again and then ask yourself, ‘What are the questions pointing you to your future?’

How smart a leader are you? 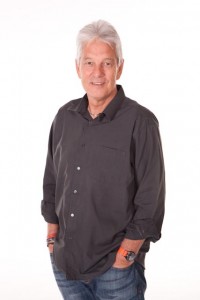 Keith Coats is the  Director of Storytelling at Tomorrow Today.  Keith’s passion and experience is in Strategic Leadership, Global Trends and the development of individuals and teams. Keith is a founding member of Tomorrow Today having spent some time in the non- profit, volunteer-based sector. There he filled the role of Regional Director and national board member of a large developmental agency. Keith was highly regarded for his leadership style and human development skills, and his chairing of various regional and national strategic restructurings.