Shopping for Your Next (Multiplier) Boss 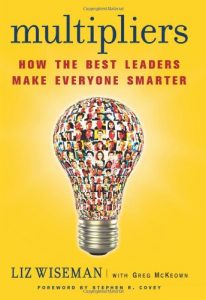 Have you ever been in a job interview at that critical point when the interviewer makes that timeless inquiry: “Do you have any questions for me?”  Some people use that opening to ask about team characteristics and more specifics about the job.  While those things are important, remember also that this is a perfect time to find out if the hiring manager tends to lead like a Diminisher or a Multiplier.

There’s a lot at stake—not only your future job satisfaction, but also the trajectory of your career.  You may recall from Multipliers: How the Best Leaders Make Everyone Smarter, Multiplier leaders create a cycle of growth for those they lead, whereas Diminisher leaders create a cycle of dependency and decline, turning A players into A- or B players.

If you can detect diminishing leadership before you make the mistake of working in that environment, you will save yourself lots of stress and avoid career stagnation because your full capabilities are left on the sidelines.

I’ve had the good fortune to work with some great Multipliers in my professional life. Each has prepared me for more fulfilling and meaningful work later on—although I didn’t always recognize it at the time.  Diminishers have the opposite effect.  They slowly (and sometimes imperceptibly) drain your confidence, your passion for excellence, and your desire to stretch.  Staying in that cycle for a prolonged period of time can severely damage your career.

So how can you detect Multiplier or Diminisher leadership tendencies in an interview?  Here are a few questions oriented to your potential peer group that can reveal much about the mindset of the hiring manager.

1.  How are decisions made on this team?

If the answer is “The Big Cheese calls the shots” there’s a good chance that you are dealing with a Diminisher.  Responses like “it depends on the situation” may indicate Accidental Diminisher tendencies such as pace-setter or rescuing behaviors mentioned in The Multiplier Effect book by Liz Wiseman, Elise Foster, and Lois Allen.

One of the best answers I’ve heard is “we are consulted on issues of importance, and sometimes the team has heated debate about which way to go”.  That’s excellent evidence of Multipliers leadership in action.

Don’t forget to compare the answer you get from the boss with the perceptions of direct reports—and former employees.  Incongruent responses are a big red flag.

2.  What’s the greatest challenge that you’ve had to deal with on the job?

The best responses will point to the leader asking big questions or stretching people to go beyond what they might have done before.  Also, the boss will give coaching or guidance, but not rescue a person from failure.  Were others on the team willing and able to help?  That indicates people are free to contribute at their best.

Here’s a potential red flag: the challenge doesn’t seem like a substantive challenge to you, or the solution emerged along a “primrose path” rather than the person struggling a bit or making a mistake or two along the way.

You want to find evidence of real challenge, where mistakes happen within tolerance limits and people grow.  If time permits, ask them to share another challenge before or after the one they just related so you can see if there was increasing or diminishing complexity—or if the challenge was a one time event.

The key objective of this question is to find out who controls the agenda: the boss, or their direct reports. Multipliers will ask questions, set a standard of excellence, and share important information—but they won’t dictate the agenda.   This is a good place to seek evidence of micromanaging behaviors.   If in doubt, ask the person to give you a play-by-play of their most recent 1×1 conversation.

Red flags: “We don’t have them” or “I just give status on my projects”.

4.  How much turnover has there been on this team during the time you’ve been here? For those who have left, where have they gone?

Too much turnover might mean that people are getting burnt out or exhausted due to tyrannical or micromanaging behavior.   Too little turnover might indicate complacency, lack of challenge, or a protectionist leader who puts talent “behind the glass” for all the world to see but not touch.

The best responses will indicate that people leave to take challenging development opportunities in line with their career goals, or they get promoted and move up elsewhere in the business.   You want to see evidence that people are prepared to do bigger and better things as a result of working for this hiring manager.

5.  If you had all power and could change ONE thing about the leadership style of your boss, what would it be?

Watch body language and listen carefully to this response.  If you sense that the person isn’t being candid, you might be dealing with a boss that is working hard to create an environment that preserves their image or infallibility.  If the person genuinely doesn’t know, that could be a red flag too because the leader might not be fostering an environment where people can learn (make mistakes).

The best response is usually a smile or a laugh where the person exclaims: “Oh yes, she tends to get on her soapbox a lot and we sometimes have to call her out on that.”  Frank answers are also good, such as “his workaholic mentality – but we’ve talked about it and I’ve seen progress”.

It is always a good sign if elements of the leader’s personal development plan are brought forward in conversation because that’s an environment where you can also develop with the support of your boss and peers.

I’ve shared a few of my favorite interview questions to help you shop for your next boss.  I hope these have sparked deeper thinking that will enable you to add a few questions of your own to accurately assess whether or not a hiring manager leads like a Multiplier or a Diminisher.

If necessity dictates that you must accept employment for an interim period working for a Diminisher, you can still be proactive and reap the benefits of Multipliers leadership practices yourself.  Liz Wiseman gave good advice about that in this HBR blog: How To Bring Out The Best In Your Boss.

But, as Winston Churchill once said, never give up. Never, never, never give up! Don’t get discouraged and stay in Diminisher territory indefinitely. Be relentless and continue to rigorously interview until you get your chance to work for a genuine Multiplier.  It will make all the difference! 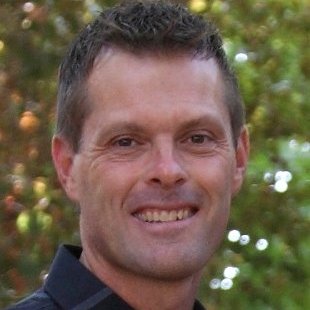 Rob DeLange is the Director of Training and Consulting at The Wiseman Group, a leadership research and development center in Silicon Valley. Rob enables organizations to deeply implement the essential practices of the Multiplier, as documented in the book “Multipliers: How the Best Leaders Make Everyone Smarter.”