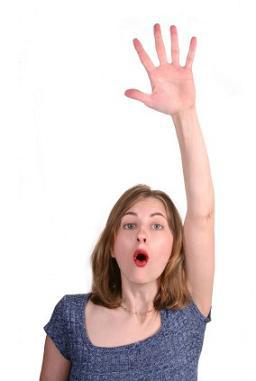 Know any “me too” people? They ask about your kids and within five seconds are telling you all about their kids. You mention a trip and they chime in with “we went there too.” “Me too” is a growing phenomenon in America. It ought to be a growing concern.

I began to notice “me too” a few years ago. Friends would ask about kids, work, movies, and the like. Whatever I said, the subject switched to their kids, their work, or movies they’d seen. It made the question feel like a set-up. This is rarely the case, however. “Me too” is mostly the product of sensory overload. In today’s world, we hear too much so we listen too little.

Neuroscience has discovered a difference between hearing and listening. Hearing is a non-conscious faculty that operates at least 10 times as fast as visual recognition or conscious thought. It functions below the level of conscious thought – even while you’re asleep. “We hear all sorts of stuff all the time – chatter, traffic, machines, music, shoes shuffling on the floor,” writes Seth S. Horowitz, an auditory neuroscientist at Brown University and the author of The Universal Sense: How Hearing Shapes the Mind. “We listen to very little, however.”1

The problem is the sheer magnitude of sensory input in today’s world. In the Garden of Eden, sensory input was limited to wind, wave, and animal sounds, as well as conversations between Adam and Eve and God. Today, with the rapid growth of social media, an individual noise hits your eardrums every fifty-thousandth of a second. The result is we lose the ability to listen.

That’s because hearing is what neuroscientists call a “bottom-up” faculty. Located in the right hemisphere, this half of the brain processes raw, sensory experiences and conveys these signals to the left hemisphere. The left half of the brain prioritizes sounds in a “top down” process, allowing you to actively focus on what you’re hearing and tune out sights and sounds that aren’t as immediately important.2 If hearing becomes overloaded, most of the ability to listen is lost.

Not all, however. The most basic listening – the startle – remains intact. It’s the involuntary jump at a sudden loud noise like a car backfiring. A chain of five neurons from your ears to your spine takes that noise and converts it into a defensive response in a mere tenth of a second.3 Startle is reflexive, sorting is not. Higher level listening requires a limited amount of sensory input. If too many individual noises hit our eardrums too often, we lose the “top-down” ability to figure out what’s worth listening to. This is what many say is happening in a world soaked in social media. We’re becoming poor listeners, too ready with a “me too” reply. 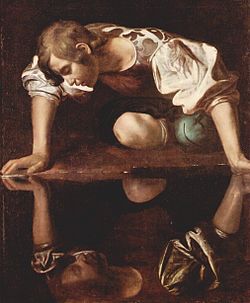 This might seem like a minor deal until we remember the story of Narcissus. The son of the river god Cephissus and the nymph Liriope, Narcissus was noted for his striking beauty. As fate would have it, he fell in love with his own reflection in the waters of a spring. Mesmerized, Narcissus would spend the rest of his life pining away for himself, refracting everything through the lens of his own life. Narcissism is the clinical term for the “me too.” It’s become a widespread disease according to Jean M. Twenge, author of The Narcissism Epidemic.

Twenge cites sensory overload as a significant contributor to narcissism, evidenced in feeling the need to constantly update your Facebook page with the most inane minutiae of your life, as well as check your email, tweets, and texts. As individuals overdose on me-centered sensory input, the ability to do “top down” sorting declines. We hear more but listen less.

The good news is science is catching up to scripture on this point. Isaiah 49 describes the coming of Messiah, including his bringing light to the Gentiles. Many Gentiles had heard but God told them to pay attention. Listen to him you distant nations! In Psalm 40, David notes how God opened his ears, rendering him able to listen. And Peter, called Simon (the Greek form of the Hebrew name Shim’on, “he has heard”), was assured he’d become a Rock, a quality of faith that included listening, a quality Peter was not known for at that time. For instance, on the Mount of Transfiguration, Peter heard Jesus chatting with Moses and Elijah. Excited by this sensory overload, he blurted: “Let’s build a tabernacle for each one of you!” Peter didn’t know what he was saying (Lk. 9:33). God told Peter to shut up. “This is my Son; listen to him!”

“Most people do not listen with the intent to understand;” noted Steven Covey, “they listen with the intent to reply.” It’s narcissism, a sin that ought never to characterize Christians. But it often does. There is a solution. Practicing the disciplines of solitude and silence opens our ears to listen. In solitude we purposefully abstain from interaction with other human beings. This unmasks our insecurities, as we begin to see the world gets along fine without us. We’re not essential to the equation – God doesn’t need us. We don’t need to chime in “me too!” Silence closes us off from sounds. It unmasks how much we talk to validate our existence.

I recently met a man who runs a large company. He said he’d hire 50 young people today if he could find any who knew how to ask good questions.

Those accustomed to solitude and silence would qualify. They have learned how to ask questions of others. Then they ask thoughtful follow-up questions. And they listen throughout.

Hearing is taking it all in.

Listening is taking seriously what ought to be taken seriously.

If you’re unskilled at listening you risk being a “me too” person. The good news is the skill of listening can be learned. Start practicing the disciplines of solitude and silence. 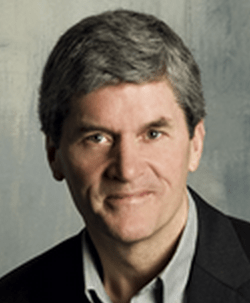 Mike Metzger is the founder and President of The Clapham Institute, a consulting firm that helps organizations solve problems by reframing them. This involves facilitating innovation labs for all sorts of companies and organizations. He is author of Sequencing: Deciphering Your Company’s DNA .  He also serves as a teaching pastor in his local church.  Mike writes a weekly column for DoggieHeadTilt   You can follow him on Twitter

2 PLOS Biology: On the Emergence and Awareness of Auditory Objects

3 The Journal of Neuroscience: A primary acoustic startle circuit: lesion and stimulation studies