How Intuit Innovates by Challenging Itself 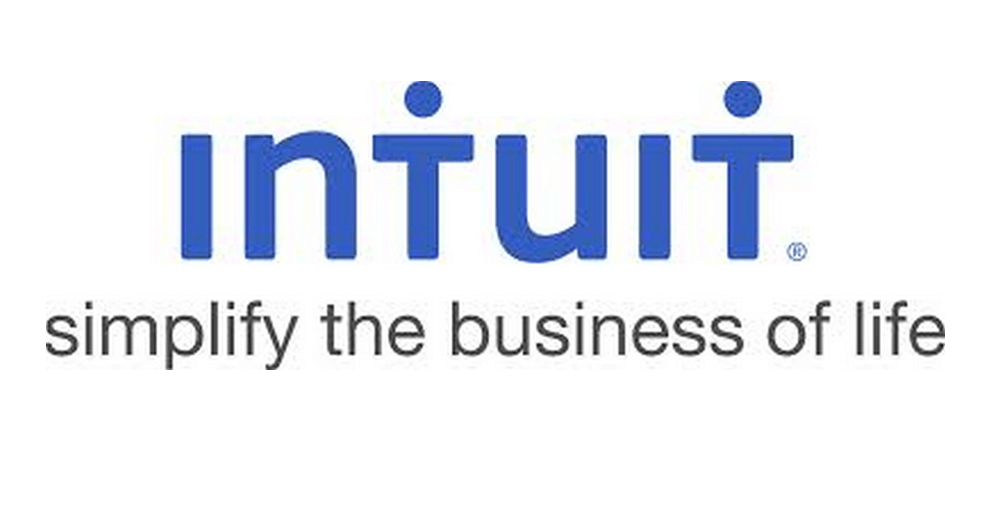 We know that questioning can trigger innovative thinking. But the key—and challenge—to truly changing the status quo is:

In a collaboration to determine just how disruptive leaders find these compelling questions, Professor Clayton Christensen and I conducted nearly 40 interviews with renowned global leaders.

Among these interviews was Brad Smith, president and CEO of Intuit, who shared how he searches for “golden questions” to help uncover a new Grand Challenge—what he defines as “a goal that causes us to step back and think completely different in order to achieve it.”

But how can asking questions in search of a Grand Challenge (and in the subsequent attempt to solve it) translate to a transformative business strategy? What follows is Smith’s questioning journey and the value it has created for Intuit. 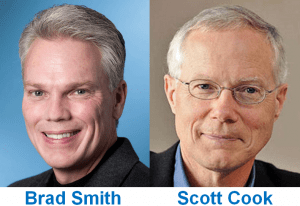 Questions were always a part of Smith’s life. In his early childhood, his mother and father allowed him to freely practice his “intense intellectual curiosity” without being judged. Later in life, Scott Cook, Intuit’s founder and one of the most fascinating entrepreneurs of our time, inspired Smith to use questions to get to the heart of what really matters.

“Scott often answers questions with a question—and it’s not deflection,” said Smith. “He’s actually applying the “5 Whys” technique to try to get at what is really behind what you’re answering or asking the question about. I have watched that behavior in other great leaders that I’ve worked with at Pepsi, and I said to myself, ‘There is something here.’”

Disruptive questions change our world, and excel at evoking emotion—or as Smith puts it, “they make your heart beat fast.” This emotional charge lets him know he’s often on the brink of a fascinating discovery — a feeling he reinforced in two recent instances for Intuit:

For two decades, Cook dreamed of a 10-minute tax return but it had yet to materialize.

When Smith stepped into the job as CEO, he was committed to moving the company from shrink-wrapped software to cloud-connected services that were social, mobile and global. He flew down to meet with the TurboTax team and talk about this vision.  As a result, one of the engineers asked him directly:  “What does a mobile phone have to do with taxes?” Smith recognized the value of this question and encouraged the team to find the connection between the two.

Within 18 months, the team figured out a way to photograph your documents using the iPhone camera, let a computer read the data to pre-fill the entire return, and finish the return in less than 10 minutes — what we know as TurboTax’s SnapTax app today. Intuit achieved all of this simply by asking a question that was completely different than anything they had asked in the years before.

Cook founded Intuit 30 years ago, committed to improving people’s lives. As such, all Intuit work is focused first and foremost on delighting an end-user.

“What are we all about at Intuit?” Cook said.  “We are about finding the biggest, most important unsolved problems.  Our mission is to improve people’s lives so profoundly they can’t imagine going back.”

But when Smith asked senior managers “How do we get 20 percent of our revenue outside of the U.S. by 2020?,” he found employees responded with financial logistics instead of concentrating on the customer first. After four years, Smith finally looked in the mirror and realized that he had been asking the wrong question all along.

“Every time I was asking a question about the financials, I was hoping to actually get an answer that was more customer-centered,” Smith told us. “But instead, I was getting the answers to the question that I persistently asked. I had to admit that the questions we ask as leaders set the tone and direction for a company, including Intuit. As leaders, we either cast a false shadow that people aspire to become or we cast a dark shadow that squelches the capability and aspirations of others.”

By changing the focus of the question from revenue to “How will we have 10 million active happy small business customers with some path towards monetization by the year 2020?,” Smith’s teams identified and approached the Grand Challenge completely differently. Before the question switched, for example, Intuit had QuickBooks Online customers in only five countries. Now they have added 37,000 paying QuickBooks Online customers outside the US along with other customers engaged with some stage of the product in 160 countries. In fact, on average, a new QuickBooks Online subscriber is now signing up every minute around the globe.

While active questioning fosters creative leadership, it does not guarantee creative organizations as a whole. Senior leaders must encourage and create a safe innovation space in order for tomorrow’s decision-makers to carry this imaginative spirit throughout the lifetime of the company. Cook, who considers Intuit a “30-year-old start-up” did exactly this to fuel the billion-dollar business with cutting-edge, innovative ideas.

To embed this philosophy company-wide, Cook and Smith apply a learn-teach culture that invites employees to ask provocative questions and engage in constant experimentation to answer them. To evoke this kind of questioning behavior during boardroom meetings, Smith says a shared understanding of the topic at hand is key. Smith also advises that the positional authority that goes with being a senior leader prompts him to “speak last or simply ask the question that gets the conversation going.”

Interestingly, at the end of every meeting, Intuit leaders ask fellow team members “What was your single biggest learning?”—a question that often surfaces patterns in the organization’s culture and helps them avoid being overly systematic.

Using Smith’s story as inspiration, I encourage you to ask questions in search of your Grand Challenge—the kind that makes you stop in your tracks and your heart beat faster. By identifying the right query, you’ll ultimately be able to match it to the right answer—and potentially unlock the door to your legacy.

So what’s your Grand Challenge going to be?

And more critical, what questions will best help you refine and conquer it?

Hal Gregersen (@HalGregersen) is the Abu Dhabi Commercial Bank Chaired Professor of Innovation and Leadership at INSEAD. He is coauthor of the book The Innovator’s DNA, founder of the 4-24 Project, and a frequent Speaker on leading innovation and change.