Change is in the air. We see more innovation in a year than people used to see in a lifetime. Change is now a survival skill. We constantly need new thinking on the use of materials, process design, workflow, and collaboration. Without creativity, organizations dry up and disappear.

Creativity is the ultimate “hot commodity‟,  but it is not one you can buy. It has to be unleashed. Where do you find creativity, and how do you bring it out? To find innovation, look to the youngest people on your team. People’s creativity reaches its peak before they reach 30.

Virtually every important mathematical breakthrough has been delivered by someone in their twenties. Einstein published the quantum theory of light, proof that atoms actually exist, and the theory of relativity all in the same year.   He was 26.

Garry Kasparov became the world champion of chess at age 22. At his level, chess is not a game. It’s a battle in which a single game can last twenty-four hours, with hundreds and hundreds of moves. Kasparov sees chess as a fluid, infinite realm in which creativity and a surprise are as important as discipline and study.

The Beatles wrote countless songs that are still played widely, forty years on.  They produced four of the top ten albums of all time. John Lennon was 29 and Paul McCartney 27 when the band broke up.

If you want to get the best ideas, the most creativity from your organization, you’ll need to create an environment in which people express themselves freely and willingly. This has nothing to do with generation gaps, or who grew up when. It’s a timeless truth. In every organization, at any point in time, many of the best ideas will come from those in their 20‟s.

Traditionally, how do we treat these people? For the most part, we regard them as inexperienced, and somehow less valuable. We teach them rules, and then make sure the rules are followed. We tell them what to do, instead of asking them what to do.

Maybe that worked, in days gone by, when the landscape didn’t change much from year to year. There was something to be said for letting the elders teach from experience. That model doesn’t work as well as it used to. Top level managers may lack understanding of the world we are living in, and can’t imagine the one that’s coming next. They are not likely to be the best source of new, innovative ideas.

What should our elders do? Where do they excel? They have wisdom. They understand the human heart. They have learned to read and to understand human behavior. Getting along is something we can all get better at, over time.

To inspire others, managers need to stop directing and start leading. What can managers do differently? It’s simple.  Start by asking great questions. The creative process starts when there’s a void: silence instead of music, a blank canvas, or a great question left hanging in the air.

Don’t ask a question unless you truly want an answer.

Diane loves to talk to everyone at work about what she does over the weekend, especially the time she spends with her grandchildren. It doesn’t get in the way of her work. But, give her an opportunity to talk about her weekend, and you will have trouble stopping her.

Kate, her boss, needs some overtime work on a special project that is going to require some weekend hours. Kate knows that Diane is the best person for the job. She approaches Diane, and the first question she asks is: ‘What are you doing this weekend?’

Think about Kate’s question for a moment: Is that the question Kate should be asking? No. Diane will start a long story about her grandchildren before her boss can get a word in edge-wise.

Consider (for Kate): I have a special project that is important, Diane. You are the best person for the job. Could you come in Saturday from 10-3 and complete it?

Don’t ignore Diane’s needs. Just be mindful of the answer you really want before you ask a question.

Don’t include the answer in your question.

You do not have to put your answers in your questions. See if you can identify where the manager’s conclusions are embedded in these questions:

In these two examples, you’ll see that the manager’s answer is contained in their question. That’s a great movie. Brian is the best worker.

Be careful with the “why” question.

Think about the “why” question. What happens when you get a flurry of “why, why, why” coming at you? You get defensive. When you ask a direct report a “why” question, you can shut them down and impede two-way communication. That’s not what you want.

To be clear, asking “why” has its place. However, it should not be your first question, in most cases. There are better questions for you to ask instead.

Here are some examples:

Example: Why did you do that?  Consider: What happened?

Example: Why do you think that happened?  Consider: What could you have done differently?

Example: Why are you saying that?  Consider: What is that about?

Try replacing “why” with “what” for just one day. You will be amazed at how differently your people will respond.

Understand how much you bring to the conversation.

You do not have to be part of every equation. You may think: “I have experience and knowledge my people need to hear. It is important to share this every time I speak.”

Don’t get in the way of the question. Do you know how much you are “in” every question you ask? We don’t realize how often our own thoughts get caught up in the words we say.

Tim, is Martha ever going to give you that report?

This sounds accusatory. You are giving neither Tim nor Martha benefit of the doubt. Both of them could become defensive.

When can I expect the results from Martha, Tim?

Tim, what’s the latest on that report Martha’s working on?

Coaching is not an option – It’s the best way to handle your people!

1. Don’t ask a question unless you truly want an answer.

2. Don’t include the answer in your question.

4. Understand how much you bring to the conversation.

Ask great questions and you truly can unleash the creativity your organization needs to survive. 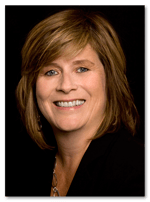 Brenda Corbett is Vice President of Sherpa Coaching in Cincinnati, Ohio USA. She can be reached at bc@sherpacoaching.com. Her six books and the Sherpa Leadership Video Series, which includes ‘Asking Great Questions’ are available on line at the Sherpa Store:  www.sherpacoaching.com.