“Do You Really Want It?” 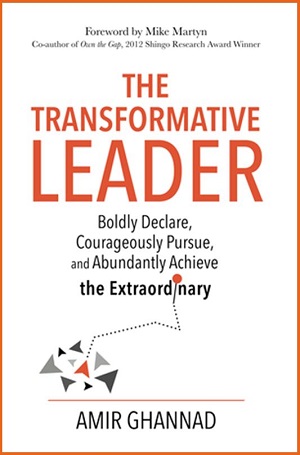 Excerpted from “The Transformative Leader – Boldly Declare, Courageously Pursue and Abundantly Achieve the Extraordinary” with the permission of the author, Amir Ghannad

Note One from Bob:  Please don’t miss the Special Announcement at the bottom of this Post – sharing our Annual “The Five Most Favorite Questions to Ask at Thanksgiving” CONTEST!

Note Two from Bob:  I love the counter-intuitive question that my friend Amir shares in his guest post!  For me this was new learning!

Depending on your age and your interest in soccer, you may recognize this line from Ricky Martin’s song, “The Cup of Life,” which played on the radio hundreds of times during the 1998 World Cup competition. To be honest, I never paid much attention to the words in this song until I looked it up while writing this book. I have to say the message is quite profound, and it reminds me of one of the coaching techniques I have used over the years, as in the following example.

A few years ago, I met a woman at a manufacturing leadership event. We briefly spoke about the products and services that her company provided and exchanged contact information. At the end of the event, I ran into her again while we were both waiting in line for a taxi. After a few pleasantries, she came right out and shared with me that she was looking for a husband and had not been able to find one, divulging how her relationships would go only so far and then fizzle out. She asked me for coaching on the topic.

While I was no stranger to people approaching me for coaching, I was caught a bit off-guard this time. I started to say something funny like, “I am already married,” but I sensed that this was no joking matter to her. I invited her to explain her situation, and when it was my turn to talk, as she looked at me with anticipation, I asked her why she didn’t want to get married. I could tell she thought that I had misunderstood her, so she went on to explain that she did want to get married and repeated a few of her other points in case I had missed those too. After nodding my head and taking in everything she said, I asked her again to tell me why she didn’t want to get married. At this point, it was clear to me that she was questioning her judgment about who she had chosen to approach for coaching. We talked for a few more minutes, then parted ways as our taxis arrived.

A few weeks later, I received a phone call from an excited woman, telling me what a genius I was and thanking me. I didn’t recognize the voice, so I asked who it was and sure enough, it was the same woman whom I had spent a few minutes coaching weeks earlier. She went on to inform me that she had discovered why she didn’t want to be married. She said that she had been raised by her grandmother and had always spent holidays with her, and the main reason she was afraid of getting married was that she would have to spend some, or all, holidays with her husband’s family. She was afraid that it would not be fair to her grandmother.

Now, I have no particular expertise in the art and science of finding a spouse, if there is such a thing. Although I have been happily married for a long time, I have no business giving anyone advice on how to find a life partner. However, it is clear to me that most of the time when we say we want something, but can’t seem to acquire or achieve it, there is usually an underlying reason that we don’t really want it. In my own experience, from my coaching conversations with others, I have always tried to get to this root cause and address it, rather than jumping into some formula or a set of steps that need to be taken. In the case of the woman I spoke of earlier, it wasn’t clear to me why a host of eligible bachelors wouldn’t be interested in a long-term relationship with her, but what had to be worked out first was her disempowering assumptions and her “either/or” mentality.

According to Ricky Martin’s song, “No one can hold you down, if you really want it!” We live in an era of instant gratification. We are used to everything being made easy for us, and why shouldn’t we be? If it can be as easy as flipping a switch to turn on the heater versus having to go out, chop some wood and build a fire, more power to us. We should take advantage of it. However, if you are committed to causing a transformation, most of the easy stuff has already been done, and if you want to take it to the next level, it is going to take effort, sacrifice, and risk. In the words of Jim Rohn, “If you want something, you’ll find a way. If you don’t, you’ll find an excuse.”

The key is to be straight with yourself about what you want, and declare that commitment to yourself and others.

Equally important is to be honest about all those things you say you want, but are not really committed to. Pretending that you are committed to something when you’re not takes a lot of energy. Complaining without any real hope that the problem will ever go away mentally drains you. When you let go of your pretense, you recover energy that you can then channel toward things you really do care about and are committed to transforming. 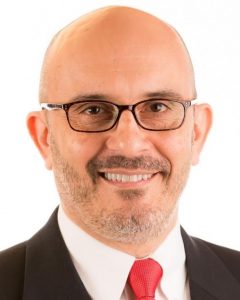 Amir Ghannad is a leadership coach, a sought after keynote speaker in the US and abroad, and the founder of The Ghannad Group, which offers coaching and consulting services in the area of leadership development and culture transformation.  You can purchase “The Transformative Leader – Boldly Declare, Courageously Pursue and Abundantly Achieve the Extraordinary” by clicking “HERE”

Announcing “The Five Most Favorite Questions to Ask at Thanksgiving” CONTEST! 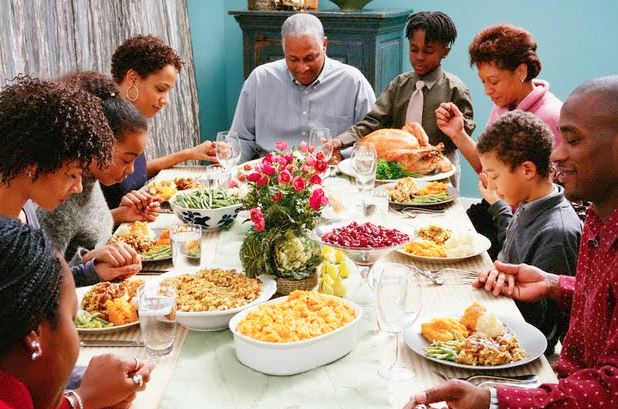 On November 24 you (All Americans) will be sitting down to enjoy a wonderful Thanksgiving meal with your family and friends.

What questions would you like to ask those gathered at your table to take the conversation beyond the weather, the roads, shopping and football?

To enter the “Contest” simply share “Your Favorite Question to Ask at Thanksgiving” in the “Comment” section below:

If your question is selected as one of the “The Five Most Favorite Questions to Ask at Thanksgiving” you will win a real printed “Great Leaders ASK Questions – A Fortune 100 List” book!  (Offer is limited to U.S. addresses)

Winners will be announced in a Special Thanksgiving “LeadingWithQuestions” Post on Wednesday, November 23.