Can Your Team Really Trust You? 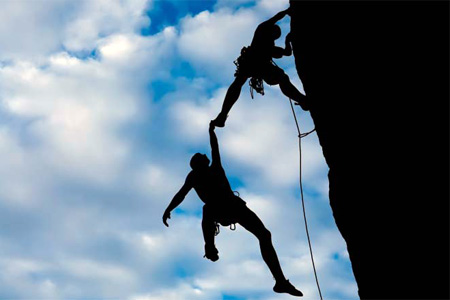 Our team of teachers and high school students had just finished a rafting trip, changed into fresh clothes, and loaded up our convoy of vans to head out to our hotel.

And I was the leader.

I confidently led our convoy out of the parking lot and onto a frontage road that ran parallel to the highway before it crossed over and merged – or so I thought.

With the other drivers in tight formation behind me, I led the team up a hill, but as I crested the hill and descended the other side, it looked like the road narrowed. I slowed a bit, but kept going – we were in the mountains after all and roads there aren’t always built perfectly.

However, as I continued down the hill, the asphalt dwindled until it was just wide enough for one vehicle…before it took a sharp right turn and disappeared out of sight under the highway.

Then I saw it.

A round “cornering mirror” – the kind of mirror you see in grocery stores or bike paths with blind corners. The type of mirror that allows bike riders to see approaching traffic around the corner.

I’d led my team down a bike path.

Now we were stuck – a line of vans pointed downhill on a narrow bike path. No room to turn around and no way to go forward.

Have you ever led your team down a dead-end? Maybe you had a bad idea, your information was wrong, or you just plain screwed up?

“We made too many wrong mistakes.” –Yogi Berra

If you haven’t yet, it’s just a matter of time. As a leader, you can’t live in fear of never making a mistake. Sometimes you have to take action with the best information you have and move your team forward.

If it doesn’t work out…and especially if you made a true mistake, what you do next makes all the difference in whether or not your team will trust you in the future. What you say next will answer the most vital question they have about you: Can we really trust your leadership?

On the bike path, we had to unload all the students and then slowly back each vehicle up the hill, then back down the other side until they reached the parking lot where they could turn around.

Also, I had to apologize.

One of my colleagues in particular found driving in the mountains stressful and my mistake only added to her discomfort.

I had no excuse – no sign told me to take that “road.” It turned out I had misread the one sign I did see and then (mis)trusted my own instincts.

Can We Trust You?

The times you screw up give you one of the greatest opportunities to answer this question. In these moments you have the chance to build your credibility and your team’s trust…or to go the other direction and lose it.

Your team needs to hear you say, “I’m sorry.”

Many times, leaders are reluctant to apologize because they fear they’ll be seen as incompetent or weak. This fear ignores one prominent fact: Your team already knows you’re not perfect!

It was super-clear to everyone in those vans that I’d led them down a bike path. In the same way, your team usually knows or strongly suspects when you’ve screwed up.

It’s not a secret.

Pretending they don’t know insults their intelligence and makes you look insecure. Consequently, your team is unlikely to trust you. They’ll say to themselves, “Gee, you can’t even admit what we all can see,” and they begin to ask a crucial question: “Can we really trust your leadership?”

When your team is asking that question, your credibility is in jeopardy.

I had the opportunity to sit down with Walt Rackowich, the former CEO of ProLogis, one of the largest commercial real estate businesses in the world. He  described two benefits of vulnerability and the willingness to apologize:

When you refuse to acknowledge you goofed up, your team can’t show up with their whole self. They can’t bring the human part of themselves that makes mistakes and, because they know perfection in others isn’t real, they can’t trust you either.

In contrast, when you screw up and admit it, own it, apologize, then make it right, you actually increase your team’s trust in you. They know that:

That knowledge suggests that you’re reliable, credible, and can be trusted.

How to Build Your Credibility and Be a Trusted Leader

When you make a mistake, there are just a few simple things to do:

Admit what happened. Keep it simple. Don’t make excuses, but you also don’t have to beat yourself up.

Use sincere, plain, straightforward language like you would with a friend or a spouse. Never apologize like a politician.

This: “Honey, I am so, so sorry. I’ve got to take responsibility for that,” (sincere, simple)

Not this: “I regret if you felt bad about what I might have said.” (indirect, political, blame-shifting)

If there is something you need to correct, fix, or restore – do it. Those vans had to be backed up and turned around. From a service perspective, sometimes it is useful to ask your team, “How can I make this right?” just as you would a customer who you’ve let down. You might not be able to do anything about the situation, but when you make yourself vulnerable enough to ask, it communicates volumes about how much you care. People can be incredibly forgiving when they know you are genuine and sincerely care.

I’ve recalled that moment on the bike path many times through the years. When I make a mistake I know the shortest path to get things going right again is to “back up the van” and find the right road.

Why do you think so many leaders don’t take responsibility and apologize?

How will you overcome your fears and apologize when you need to?

Be the leader you want your boss to be! 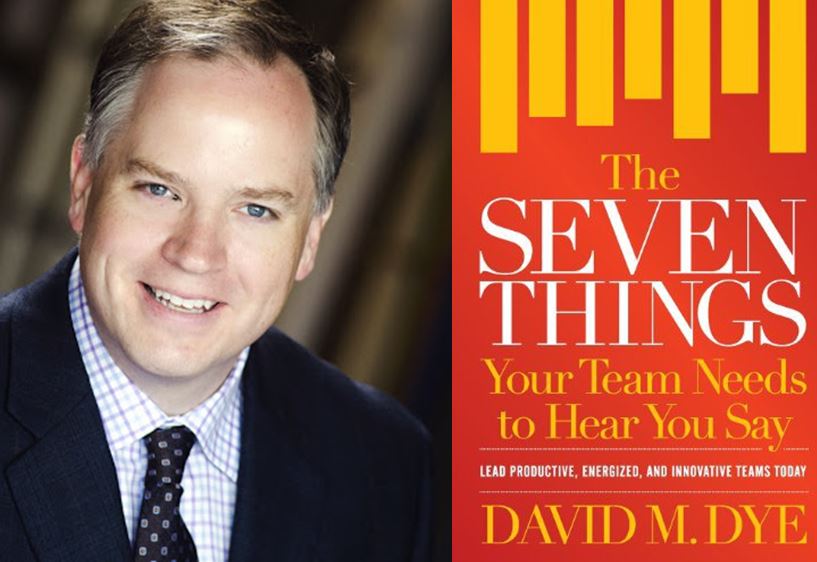 David M. Dye works with leaders, managers, and supervisors who want to get more done, build teams that care, and meet their goals. He is the President of Trailblaze, Inc, tweets from @davidmdye, and welcomes your LinkedIn invitation. His book, The Seven Things Your Team Needs to Hear You Say is available on Amazon.com.