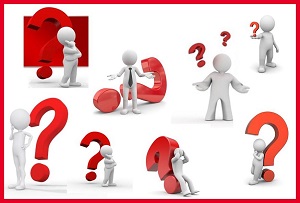 The best conversation is the one we initiate with questions. That’s true even when we talk to ourselves! Here is a brief but powerful list of 9 questions I’ve asked myself, others and God many times over the years.

Sometimes we react to substantive problems as if we were a pendulum. We turn around, we do a U-turn, we head in the opposite direction … but we haven’t broken free from the fixed point to which we’re attached. That fixed point represents our root problems. Our latter state is worse than our first because we naively think we don’t have a problem anymore. Rarely do we need to turn 180 degrees. Always remember there may be 358 other options.

If anyone could pretend to be a know-it-all, it’s America’s Consultant to Consultants, John E. Foreman. Not surprisingly, however, he is still learning after 33 years in the business. “I have personally applied and transferred the ideas and concepts [I’ve learned] to others within the national real estate consulting firm Development Planning & Financing Group, Inc., that I co-founded. [This] has been instrumental in contributing to the significant growth of the company and its employees.”

Every married couple has disagreements. Otherwise, one of them isn’t necessary! Then again, that doesn’t mean we always disagree agreeably. The Sunday before Father’s Day I said bitter words to my wife, Renée, that deeply hurt her—and our two teenagers. I had my facts straight, but my heart was bent and torn. Over the next two days, one by one, I acknowledged what I had done, how wrong and hurtful it was, and then asked, “Will you please forgive me?” Love was reaffirmed and an ugly wound was healed instead of being allowed to fester and poison.

We do well to ask, “Has this particular wheel already been invented?” During the most recently completed fiscal year Corban University’s Office of Marketing & Communications saved thousands of dollars and countless hours by licensing a ton of work that another firm (in this case, in Canada) already had created. I’ve done the same in my personal life. I love cars but don’t know a million and one facts about them. So, I ask friends who know cars to help me decide which one to buy.

If you and your colleagues aren’t having fun, what’s wrong? By “wrong,” I don’t mean morally or ethically. Then again, what’s off-line, off-kilter, out-of-sync, out-of-whack? Sometimes it’s a failure to take time for humor, small talk, and smiles, each of which can promote relational connecting. Like brain synapses, relational connecting makes you and your team happier, healthier, more in sync, and much more productive.

Starting well isn’t the same as finishing well. The founders of Harvard, Princeton, Yale, Brown, and two other Ivy League schools had the stated objective of furthering the Christian faith for the good of America. In the original articles of incorporation and bylaws, they declared that each new generation must embrace faith in God for itself. But what happened? Each university actively sought to Christianize America in its day. Yet they let go of conversion Christianity, in deference to others, so as not to offend those of other persuasions. What began with earnest Christian conviction within a generation became mere tradition. Later, skepticism (doubt of basic Christian truths) and then unbelief overtook each of America’s most prestigious educational institutions. Unbelieving professors eventually made routine mockery of once cherished beliefs. May we never be tempted to do the same.

Nothing we own and see on this planet is eternal. The three exceptions are God’s word (the Bible), human beings (made in God’s image), and the good works we do (in the name of Jesus Christ). Granted, we won’t go to heaven thanks to good works, but in God’s presence they will clothe us. So, let’s never forget to ask this 9th vital question. 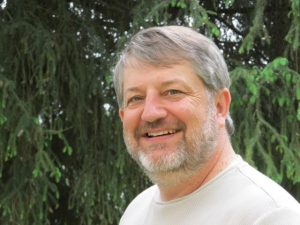 David Sanford serves on the leadership team at Corban University in Salem, Oregon. Among his many credits, David is an author, consultant, editor, educator and speaker. His speaking gigs have ranged everywhere from The Billy Graham Center at the Cove to the University of California Berkeley. You’ll find his profession bio online here.