If you’re a leader in an organization, there’s a strong chance you have had to hire people.

With any new hire, the first 4 weeks are crucial. This is the time the new recruit starts to learn the ropes, gets to know people, and sets themselves up for success.

But there are a few questions only the best leaders ask of new recruits to drive performance.

For a leader, the new recruit is like a mirror back onto the organisation, who helps the leader see those things afresh, which they may have become blind to.

Here are 5 essential questions great leaders ask of new recruits to judge the success culture of their organization.

1. What feeling do you get about this place?

Often it’s the intangibles of an organization that make it great. Its culture, its mojo, its energy. Asking a new recruit what feeling they get about the company after working there for a month can say a lot about the organisation.

Responses like ‘there’s a real buzz about the place’ or ‘things feel alive here’ or ‘I’m excited about what I’ve seen’ tell the leader that the organisation has energy and a purpose.

2. Where have you seen the opportunities for your skills to add value?

After a month in any role, we all have a good sense of where we can contribute.

Some of these opportunities may already represent what we’re working on. But there will be others that weren’t in the job specification, where we know we could create value. Often these are never discussed because the recruit thinks ‘that’s not part of my role’.

When leaders ask this question, it gives the recruit permission to talk about potential areas of contribution. This helps uncover hidden areas for value realization.

Sure, some ideas may not actually be related to the recruit’s role. But many of them will be. And this conversation helps the leader uncover more of the recruit’s skills that may not have surfaced during the hiring interviews.

3. Have you been able to organize time with people?

Every time I’ve started with an organisation my boss has given me a list of leaders within the business to meet.

Access to leaders is important, because these people are the role models for the organization. They set the tone of how to behave, what the priorities are, and how entrepreneurship is captured.

If it takes two months to get into a leader’s diary, then there will also be a lag for any new staff to get a steer about what’s truly important to the business. Even worse, when leaders are inaccessible, often the same is true for their direct reports and teams (because people naturally ‘follow the leader’ and will either have time or fill it up, just like their leaders do). That’s why this question is so important.

If a new recruit hasn’t been able to book time with at least 80% of the people they been asked to meet within that first month, then the organization will likely face problems inducting new staff into their culture. That’s a red flag change is needed.

4. How can I support you deliver what I hired you to do?

Asking for help doesn’t come naturally to many people. This is equally true for new recruits.

After four weeks in a new role, that precious time to ask questions as ‘the new guy’ is over. It’s at this time people often stop asking for the support they need to get the job done.

When a leader asks the question ‘how can I support you?’ it invites discussion on how to solve any obstacles in the way of success.

One of my previous role models for leadership used to ask this question of me every week. 4 out of 5 times when she asked this, we uncovered an area for us to support each other that I’d not previously considered.

This simple question helps the leader out too. It gives them insight into any challenges that come from the organisation itself (eg. processes or procedures which are outdated and need a revamp).

5. What one other thing could I have done this month to help you settle in?

This is a question that is very rarely asked. I admit it, most of the time I miss this too. Yet it’s surprising, because as leaders we all have a responsibility to help new recruits get settled.

Often the typical question of ‘what would you have changed about your work’ comes at the exit interview, but by then its way too late for any change.

This question has several powerful purposes for both the leader and the recruit.

First, it tells the recruit that the leader is open to feedback. What better time to encourage this type of conversation than during the first month of work. Second, it helps the leader spot opportunities to help the recruit further settle in. And finally, it helps the leader fine tune their approach to inducting new people, so for the next person they hire, they can adjust their process for maximum affect

Note from Bob:  Do you know when many people decide to quit their job?  After the first day of work! – Although it may be weeks/months/years before they “Give Notice.”  Alessio has given you a wealth of wisdom today to ensure that all the time, effort and money you spent in bringing a new staff member unto your team will pay dividends! 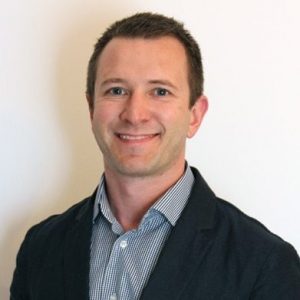 Alessio Bresciani has 15 years’+ experience in digital, having worked across a variety of industries to lead digital best practice.  His specific areas of expertise include digital marketing e-commerce, conversion optimization, digital and mobile strategy, channel management and digital brand building.  Alessio has worked in leadership roles at companies such as Coles, ANZ, and GlaxoSmithKline and also has consulted to many businesses to help them with their digital transformation agendas.  You can connect with him on his website:  AlessioBresciani.com or on Twitter