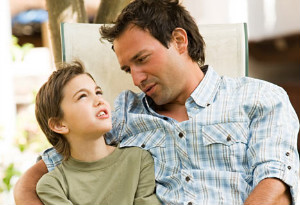 Always Ask Them This One Simple Question:

Yet, it’s an incredibly valuable question to ask, because to my kids it meant I was being vulnerable enough to ask for their feedback. More importantly, I was revealing that I was interested in what my kids were feeling and thinking. It was a way to connect on an emotional level, to demonstrate empathy in a way that was 100% genuine.

They didn’t always answer in the way I expected.

“You’re a little harsh at times,” my daughter told me once.

“You don’t communicate that great about the rules,” another daughter suggested.

“You’re too inconsistent,” they all said at times. I get that. Nailed it.

At the very least, I was trying to show them I cared about what they had to say, and with their feedback, I was going to do my best to change as much as possible.

My kids are all grown now and two are married. I’m not asking them the question anymore, because in many ways we’re peers. I’m still their dad in terms of our blood relationship but I’ve moved into a mode where I’m only going to give them advice if they ask me. And, to be honest, I might be wrong anyway. They might know more than me.

When they were younger, I’d ask about what they were feeling. I wanted them to know it wasn’t all about the rules or doing what my wife and I told them to do. It wasn’t all about teaching them to grow up. I wanted there to be more emotional intelligence involved, and that question about being their dad was one of the best ways to show them what empathy means. When we ask for feedback, we’re demonstrating that we want to know more than just the facts. We want to communicate at a level that’s far deeper.

Kids need to see this demonstrated. I remember failing at this test a few times. When my oldest daughter told me she was responsible for an “own-goal” in a soccer game once and started crying, I should have done a lot more – maybe hugged her or told her that mistakes happen. I only heard the facts of the story, how it all happened, and said I was sorry to hear about it. I drove away and went to the grocery store. But empathy is going many steps further than relaying the facts. It’s reaching deeper in attempt to understand feelings.

As you raise kids, think about asking for feedback about your parenting because it is one of the easiest and simplest ways to show them why empathy is so important. You’re basically saying: “Tell me the heart truth” and skip the facts and the information. You’re boldly saying to them–“I’m open to what you have to say, even if it is difficult.” You’re relaying to kids: “I’m open to connecting with you and not just about the time you need to be picked up after school.” With kids, it’s show not just tell. You are peeling back the armor as the older adult for a moment and saying you are vulnerable and want to be real.

Will you try the question today?

Don’t sugar coat it. Ask your kids to remove the filters and give you the truth because you want to improve as a parent. In doing so, you will encourage a radically different level of transparency. You will show them what real empathy means.

Then, get to work on changing. 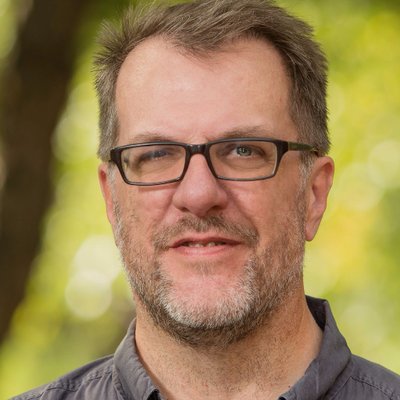 John Brandon is a contributing editor at Inc. magazine covering technology. He writes the Tech Report column for Inc.com