Would You Like to “Learn to Ask Better Questions” ? 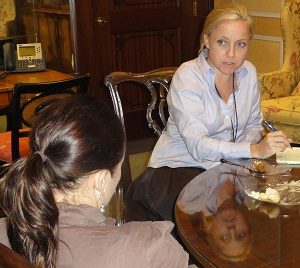 Every leader I know has at least one need in common: a need to connect honestly with others. One way to help foster improved connections is by asking good questions. Leaders who excel at asking good questions have honed an ability to cut to the heart of the manner in a way that disarms the person being interviewed and opens the door for genuine conversation.

Whether they are talking to customers, interviewing job candidates, talking to their bosses, or even questioning staff, executives need to draw people out. And so often, it is not a matter of what you ask, it is how you ask it. Here are some suggestions.

Be curious. Executives who do all the talking are those who are deaf to the needs of others. Sadly, some managers feel that being the first and last person to speak is a sign of strength. In reality, though, it’s the opposite. Such behavior is closer to that of a blowhard who may be insecure in his own abilities, but is certain of one thing — his own brilliance. Such an attitude cuts off information at its source, from the very people — employees, customers, vendors — whom you should trust the most. Being curious is essential to asking good questions.

Be open-ended. Leaders should ask questions that get people to reveal not simply what happened, but also what they were thinking. Open-ended questions prevent you from making judgments based on assumptions, and can elicit some surprising answers. In his autobiography, talk show host Larry King recalls asking Martin Luther King, who had just been arrested for seeking to integrate a hotel in Florida, what he wanted. To which King replied, “My dignity.” Using what, how and why questions encourages dialogue.

Be engaged. When you ask questions, act like you care. Yes, act — show that you are interested with affirmative facial expressions and engaged body language. This sets up further conversation and gets the individual to reveal information that could be important. For example, if you are interviewing a job candidate you want to encourage him or her to talk about not only accomplishments but also setbacks. An interested interviewer will get the person to talk in depth about how he or she rebounded from failure. That trait is worthy of consideration in recruiting. But interviewees will only open open up — especially on sensitive subjects — if you actively show interest.

Dig deeper. So often executives make the mistake of assuming all is well if they are not hearing bad news. Big mistake. It may mean employees are afraid to offer up anything but good news, even if it means stonewalling. So when information surfaces in your dialogue, dig for details without straying into recrimination. Get the whole story. Remember, problems on your team are, first and foremost, your problems.

Not every conversation need be on point and under the gun. There will be times when you’ll need a more solicitous tone and a more leisurely pace, especially when coaching an employee or listening carefully to a customer concern. There, taking your time might be most appropriate.

Asking good questions, and doing so in spirit of honest information gathering and eventual collaboration, is good practice for leaders. It cultivates an environment where employees feel comfortable discussing issues that affect both their performance and that of the team. And that, in turn, creates a foundation for deepening levels of trust. 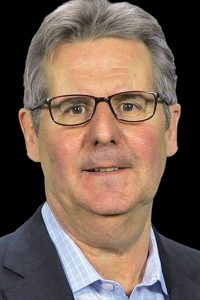 John Baldoni is an internationally recognized leadership consultant, coach, speaker and author of more than a dozen books on leadership. His books, Lead With Purpose (2011), Lead Your Boss (2009), and Lead By Example (2008) were selected as best leadership books for their respective years.  In 2017 Trust Across America named John to its list of thought leaders in Trust for the fourth consecutive year. Also in 2017, Global Gurus ranked him No. 20 on its list of global leadership experts, a list he has been on since 2007. In 2014 Inc.com listed John as a Top 50 leadership expert and Top 100 leadership speaker.  You can connect with John on his website: JohnBaldoni.com