“There is only one question that I ask!”

The scriptures say, “Man plans his way, but God orders his footsteps.” Proverbs 16:9

Have you ever crossed paths with someone at just the right time? Looking back, was it quickly obvious to you that the Lord had directed your steps? May I share a story with you?

In January, 2005, I was spending time with our dear friends and ministry partners, Don and Vicki Carmichael, in Birmingham, Alabama. During my visit, Don said, “Bob because of your role in Leadership Development for Campus Crusade, tomorrow morning we are going to have breakfast with our pastor, Chris Hodges.” Don shared that four years earlier, Chris moved to Birmingham to plant a new church, called the Church of the Highlands, which by then had an average attendance of about 3,000 per Sunday. (Today, attendance is more than 12,000)

The next morning Don and I met Chris at the International House of Pancakes. I wish you could have been there. I should have brought a tape recorder. I could not eat and take notes near as fast as Chris was sharing his incredible insights and wisdom regarding developing a “Leadership Development Culture.”

Chris shared several things with me that morning that I will never forget! (Let me preface this by saying, Chris shared this with a humble heart.) Chris shared that since the start of The Church of the Highlands four years earlier, he had disciplined himself to never ask two questions. He shared that he would guess that 99% of his fellow pastors ask these two questions every Monday morning.

He then asked me if could guess what those two questions are?  With the help of a bit of  “charades” (Chris rubbed his thumb and index finger together and then pointed to his nose) I came up with the two questions:   “How many nickels and how many noses did we have yesterday?” 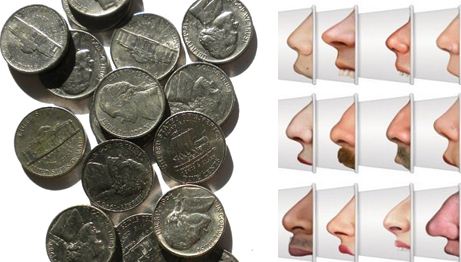 (Pastors are not the only people that ask these two questions….Cru staff, including me, also do.)

Chris said that the reason that he has disciplined himself to never ask those two questions is that if he did, it would not matter what he told his staff, lay leaders and congregation the rest of the week was really important–they would instinctively know that what was really, really important to Pastor Hodges is “Nickels and Noses!”

Interested? He not only had me hooked, I was ready to jump into the boat! He then shared the one question he keeps asking:

“What are you doing to develop leaders?”

Chris shared that no church or organization or business can grow any faster than its ability to develop leaders. And when a church/organization/business focuses on developing leaders, growth takes care of itself.

WOW! Although my pancakes were gone before we left IHOP, I am still chewing on the things Chris shared with me that morning.

Now four questions for you:

10 thoughts on ““There is only one question that I ask!””