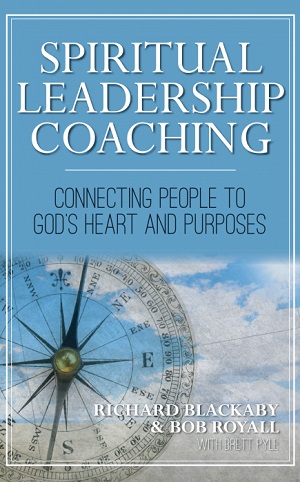 Note from Bob (Tiede): The just released “Spiritual Leadership Coaching” book was a page-turner for me!  I am thrilled that my friends Richard and Bob gave me permission to share excerpts with you from their terrific book.  Because of all of the Gold found in Chapter 10 my post schedule this week will be just a bit different from my normal.  This week you are going to enjoy a 3-part series from Chapter 10, with Part 1 of 3 below:

Click “Here” to read Part 3 of 3: “Powerful Spirit-Led Questions and the Seven Realities”

John was torn. Should he leave his lucrative position to accept a job at a smaller company thousands of miles away? He was experiencing tremendous success in his career, and he enjoyed living in New York City. He had no reason to change jobs.

Then Steve Jobs asked him one of the most famous questions in the history of business: “Do you want to spend the rest of your life selling sugared water, or do you want a chance to change the world?” After hearing that query, John Scully had his answer. He resigned his position as CEO of Pepsi-Co and become the CEO of Apple Computer.

Powerful questions shake people out of routine thought patterns and make them think more deeply. When guided by the Holy Spirit, a spiritual guide might ask a question that brings a situation into crystal-clear perspective.

Jesus frequently asked transformational questions. A famous example is found in Luke 9. News about Him was spreading like wildfire. Upon entering the district of Caesarea Philippi, Jesus asked His disciples, “Who are people saying that I am?” This question was informal and easy to answer.

Following their varied reply, He asked a much more powerful query: “‘But who do you say that I am?’ Peter answered, ‘God’s Messiah’” (Luke 9:20). Why was this question so impactful? Because, unlike the earlier question, it was deeply personal, open-ended, and called for a response that would have profound implications for their lives. In the subsequent years, Peter reinforced his answer by living so boldly he became one of the earliest Christian martyrs. He was reportedly crucified upside down because he viewed himself unworthy to be executed in the same manner as his Lord. Powerful questions change lives!

What makes a coaching question powerful?

Though powerful questions are usually open-ended, one of my (Bob) multi-year coaching relationships began after I asked a simple closed question. An executive recounted example after example of ways a long-term customer kept “letting him down.” Out of curiosity, I asked, “Is the future always negative for you?” I am not sure why it popped into my head, but the question led him to see his situation in a new light. Shortly after our conversation, he told me the Lord provided the largest contract in his company’s history, as if to remind him the future is not always negative.

Powerful questions are usually, but not always, open-ended.

The apostle Paul speaks to divine initiatives in 1 Corinthians 2:10-11: “Now God has revealed these things to us by the Spirit, since the Spirit searches everything, even the depths of God. For who knows a person’s thoughts except his spirit within him? In the same way, no one knows the thoughts of God except the Spirit of God.” The role the Holy Spirit plays in the coaching process is what differentiates spiritual leadership coaching from secular coaching. Secular coaches, while helpful in some ways, do not have access to the Holy Spirit. They cannot draw on God’s wisdom or resources. The Holy Spirit knows everything about people. He also knows God’s plan for the future. When spiritual leadership coaches heed the Holy Spirit’s promptings, they may surprise their client with the relevancy and incisiveness of their questions.

At times, coaches may be unsure which direction to take with a client. In those moments, coaches should not be afraid to acknowledge their lack of wisdom and pause the discussion to pray for guidance. They might pray something like this: “Lord, there is a lot going on in Bill’s life right now. We clearly have a lot to talk about. We need Your guidance right now so we deal with the issues You know are most important. Please guide our conversation in these next moments. Stopping to pray acknowledges that the Holy Spirit is setting the meeting’s agenda.

A few cautions are in order regarding powerful questions. First, if coaches already know the answer the person “should” give to a question they plan to ask, it might be a leading question rather than a powerful one. Leading questions are usually indicative of the coach’s agenda for the client and often miss God’s agenda by a mile. Using such questions might resemble an interrogation rather than a shared journey.

A second caution concerns how coaches ask questions. It is possible to ask a good question in a condescending or condemning manner. Great queries should be delivered in a welcoming, non-judgmental tone of voice. Remember, the coach’s purpose is not to prove a point or win an argument, but to facilitate life-changing insight.

How can coaches determine which questions to ask? First, they should pray for guidance. Second, they should listen carefully and allow the Holy Spirit to lead them. Third, they should consider the communication levels leadership blogger Charlie Gilkey outlined:

We would add an “Observation level.” At this level, coaches might comment on what they observe about their clients during each meeting. Is he dressed more casually than usual? Does she look worried? Did he arrive uncharacteristically early for the meeting? Perhaps the client is carrying a computer bag or something unusual. Did his face flush, eyes widen, or a smile spread across his face when a particular insight dawned on him? Commenting on what appears to be happening can open doors to meaningful, relevant discussion.

Note from Bob: Whether you are a Coach or a Leader or aspire to being either one or both you will want to get your hands on this book.  I encourage you  to purchase your “Spiritual Leadership Coaching” book today by clicking “Here!” 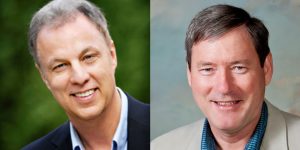