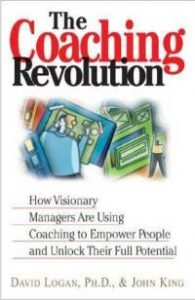 One of the profound lessons I learned from the book, Coaching Revolution (David Logan & John King) p.121, is that we need to turn complaints into requests and requests into agreements.  The idea is that some of the gripes that people infest the organization with as they gather in the break room can become damaging to the working environment and to the organizational culture.  The constant gripes that usually bring laughter … “we spend hours in evaluation but nothing ever changes” … can be cancerous.

What is the solution? Answer:  Leverage those gripes!

We as leaders can harness the learning behind those gripes.  Leaders who listen, rather than react, will hear the request behind the complaint and ask questions to find the root issue.

As a team member, I have used this several times and before going in to meet my director, I listed my complaints and turned them into requests and wrote down some of the issues surrounding that complaint.

The leader may say, “I hear your complaint.  What is your request?”  Or, she might say, “Tell me more about this problem you have surfaced.”  Once the request is made the next step is to get to agreement.  For example:

Team member: “Would it be possible to schedule our meetings to end at 4:30pm instead of 5:00pm.  Many of us are in carpools and sometimes people have kids to take to sports or school functions.”

Leader: “That is doable.  That means that we need to make sure every team member is on time to begin the meeting and we need to start meetings immediately after lunch in some situations.”  “Is there anything else?” (Asking for more in order to learn)

Team member: “Actually, several have said that we have a lot of time wasters in our meetings, lack of clarity on the goal of the meeting, the process for getting the work done.  Is that something we can get a group to work on and make recommendations to our facilitator?” (Clear Request)

Team leader:  “Yes, I will look at your recommendations and work with the facilitator.  I just need you to be patient as we are just breaking him in as a meeting facilitator, so give him some time to learn the role.” (Compromise and Agreement)

Here’s my suggestions for you:

Hope it works as well for you as it has for me. 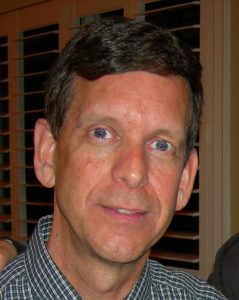 Barry Rush helped design the first EQ Workshop in 2003.  In 1998, he joined the Global Leadership Development Team and provided leadership development experiences and seminars for young leaders in Europe, North Africa, the Middle East, Central Asia, and in the U.S.  Over the last 10 years he has been a guest speaker for the Leadership Course at Palm Beach Atlantic University, Orlando.

He graduated with a B. S. in Pre-Medicine and is a certified CRM (Creative Results Management) coach. He has certifications in the Hay Group Emotional Social Competencies Inventory, the MHS EQ-i Assessment, Core Clarity Strengths Finder and the TAI Pro-D Assessment. Barry lives in Orlando, Florida.

3 thoughts on “Leverage Gripes and Complaints”