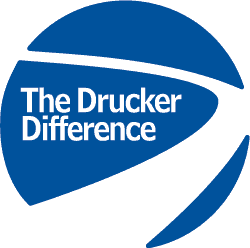 Last fall, the Association of Management Consulting Firms held a free webinar for university students, with the aim of showing them how they “can find exciting career paths within the consulting industry.” So I thought I’d take it upon myself to provide a little pre-webinar bonus: How can you consult like Peter Drucker?

In addition to being considered “the man who invented management,” Drucker was arguably the father of management consulting (with all due respect to McKinsey & Co.’s Marvin Bower).

In fact, Drucker had recently arrived in the United States from Europe when he was summoned to serve as a “management consultant” for the Army, shortly before World War II. There was just one hitch: A journalist and lecturer, with a bit of background in finance and a doctorate in international law, the then-30-something Drucker wasn’t quite sure what a consultant actually did. He scoured the library, but the field was so new, he couldn’t locate any answers there. His friends were clueless, as well. So Drucker tried to get clarification from the colonel to whom he was supposed to report.

“Young man, don’t be impertinent,” the officer shot back—“by which,” Drucker later recounted, “I knew that he didn’t know what a management consultant did, either.”

Drucker figured it out pretty quickly. By the mid-1940s, he had found his way deep inside General Motors and by the 1950s he was consulting for Sears, General Electric and IBM.   Over the decades, he’d add a host of other major companies and nonprofits to his client list: Intel, Procter & Gamble, Coca-Cola, the American Red Cross, the Salvation Army and many more.

Why was Drucker so in demand? What made him so good?

For starters, he understood that his job wasn’t to serve up answers. “My greatest strength as a consultant,” Drucker once remarked, “is to be ignorant and ask a few questions.” In many cases, they were deceptively simple: Who is your customer? What have you stopped doing lately (so as to free up resources for the new and innovative)? What business are you in? Or, as he urged the founders of the investment bank Donaldson, Lufkin & Jenrette to ask themselves in 1974, after they had enjoyed a heady period of growth: “What should our business be?”

“I shall not attempt to answer the question what your business should be,” Drucker added. “First, one should not answer such a question off the top of one’s head. . . . Secondly, one man’s opinion, no matter how brilliant, is at best one man’s opinion.” Besides, Drucker said, “I can only ask questions. The answers have to be yours.”

Other times, of course, corporations sought Drucker’s counsel to deal with narrower challenges. In 1992, for example, he wrote a 56-page analysis for Coca-Cola that explored distribution, branding, advertising, the structure of the company’s bottling operations and more. Still, the approach was always the same: “This report raises questions,” Drucker told Coke. “It does not attempt to give answers.” 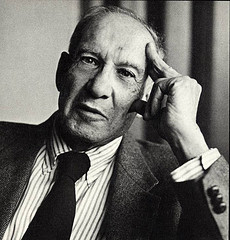 Drucker also appreciated the fine balance that a consultant must strike. He enjoyed close relationships with many of the CEOs and other executives he advised—“Whatever problem a client has is my problem,” Drucker declared—but he never got close enough to become mistaken (or mistake himself) for an insider.

“The professional needs commitment to the client’s cause. . . . But he must stay free of involvement,” Drucker explained in a 1981 essay titled, “Why Management Consultants.”  “He must not himself be a part of the problem.” In the end, Drucker asserted, “the management consultant brings to the practice of management what being professional requires: detachment.”

Another thing that made Drucker stand apart was his integrity. He wouldn’t come in, do a job—and then stick his client with the bill without knowing whether he had made a real difference. “Remember,” Drucker told the assistant to the chairman of Sears, as he turned in an invoice in March 1955, “that this is submitted on condition that there is no payment due unless the work satisfies you.”

Indeed, Drucker knew that the test wasn’t whether he had delivered some sharp insight. All that counted was whether his client could use that insight to make measurable progress on an important issue. It’s the performance of others, Drucker wrote, that “determines in the last analysis whether a consultant contributes and achieves results, or whether he is . . . at best a court jester.”

In this respect, Drucker knew that the most dangerous thing for any consultant was to become too impressed with his own wisdom. He didn’t like his clients getting carried away, either. “Stop talking about ‘Druckerizing’ your organization,” he told officials at Edward Jones, the investment firm. “The job ahead of you is to ‘Jonesize’ your organization—and only if you accept this would I be of any help to you. Otherwise, I would rapidly become a menace—which I refuse to be.”

Oh, and one other thing: Peter Drucker never drew a four-box matrix in his entire life. 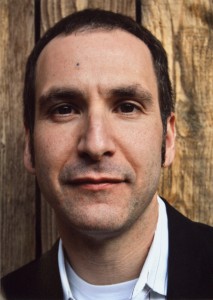 Rick Wartzman is the Executive Director of the Drucker Institute, a social enterprise based at Claremont Graduate University. Their mission is to strengthen society by making individuals more effective, organizations more responsible and work more joyful. They do this by turning Peter Drucker’s ideas and ideals into tools that are both practical and inspiring. Rick been writing “The Drucker Difference” column since 2007, first at Businessweek and now at Forbes.  You can see Rick’s many columns  Here   You can connect with Rick at:  Rick Wartzman