Are We Asking the Right Questions?

(Selected excerpts used with the permission of Karlin Sloan) 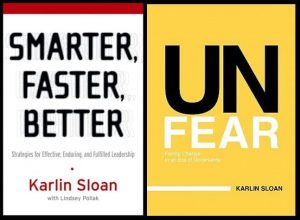 Leadership in a corporate setting means answering difficult questions. Am I showing by example how to lead well? What do I need to change about my behavior to get the best from those around me? Where can I go to learn what I need to know? What are we doing right and how can we do more of it?

The best executive coaching focuses leaders on the power of questions and provides the time and space to answer them.

A recent survey by The Hay Group found that 25% to 40% of Fortune 500 companies now use executive coaches. As coaching in leadership development has proliferated, it has become even more important to define what good coaching is – and what it is not.

What Coaching Is Not

Coaching is not traditional consulting. The expert model is the one most often used in consulting. That is, the consultant is hired for his or her expertise. He is a teacher, not a coach, and he instructs leaders in ways to approach their business and personal issues. This is one-on-one consulting, and it can work well when an organization or individual lacks competence in the consultant’s area of expertise. It also models a traditional, top-down management style.

Didactic consulting doesn’t always work, however. And when it does not, it is usually because the approach fails to respect the qualities and experience the leader-client brings to the work.

As leadership development expert Marshall Goldsmith says, “Successful people have a huge need for self-determination, which means that if we don’t feel that we are personally committed to our own behavior change, we (typically) won’t do it.” The fact is that, without a framework that respects a leader’s expertise, coaching is much less likely to be effective.

Didactic consulting as a coaching model carries other risks. By its nature, it tends to encourage dependence on the consultant. This may be good business for consultancies hoping to create long-term contracts, but it’s not best for the organization or individual hoping to acquire new expertise.

Unlike didactic coaching, the inquiry approach makes respect for the expertise of leader-clients its starting place. It trusts that those on the receiving end have their own answers and that those answers are not only important in their own right but the very foundation for productive work with the coach. The inquiry model is built on a belief that real growth must come from within. It cannot be grafted onto a leader, as the instructional-consulting model suggests.

Sue, VP of operations for a large technology company, said: “I would ask my coach over and over again what she thought. Her answer was usually, ‘What do you think?’ Or, ‘I’ll tell you after you give me your own answer.’ The effect was that I began to notice how much I second-guessed myself in front of the rest of the executive team. I started remembering to check that behavior and be more confident in my opinions in the room with my colleagues.”

A leader in a Fortune 500 company recently told me this story. A coach was working with a CEO on how the CEO could become a more effective communicator and leader. The CEO is a harsh critic of her own people and has, on more than one occasion, cut someone down in front of the executive team. The coach told her she was not demonstrating leadership and needed to change her behavior. He then told her specific language to use with her direct reports. The CEO was insulted and defensive and fired the coach.

If the coach in the second case had been using the inquiry model rather than the didactic one, he might have asked the CEO, “Is your approach getting you the performance you want?” The outcome might have been different.

Excellent coaching is the artful use of questioning, listening and observation. It requires respect and trust on the part of the coach, not just the client. Trust is communicated because the very act of questioning and listening is a demonstration of respect.

Coaching may or may not be the right answer for the leadership development needs of your organization. How do you know?

Here is a short list of problems that one-on-one coaching won’t solve:

 Treating leaders’ psychological problems
 Delivering performance messages that should be delivered by senior management
 Addressing systemic breakdowns or failures, such as failure of the organization to address competitor strategies and innovations.

Here are the kinds of problems great coaching can solve:

Is It Worth it?

A 2001 study of companies that implemented coaching showed an average return on investment of 5.7 times the investment in a typical executive coaching assignment, or more than $100,000 each.Among the benefits cited were improvements in productivity, quality, organizational strength, executive retention, customer service, and bottom-line profitability.

What could asking the right questions do for your organization? 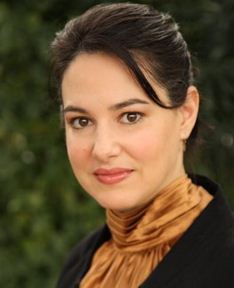 Karlin Sloan is an entrepreneur and Certified Executive Coach who has developed and delivered coaching programs for start-ups and Fortune 500 companies.

Which of your friends would be grateful for your forwarding of this post?